Good service/Bad service. What do you want? What do you really want from your aquatic retailer, asks Nathan Hill. What does good service mean to you?

Lately I’ve been caught right in the middle of a storm of opinions. Not a big storm, admittedly. More of a minor cloudburst, that gets a little bit of drizzle in my eyes and produces slight breezes that blow my hair out of shape. But a storm nonetheless.

On one side are those telling me that retailers are awful, like little demons that prod them with tridents when they go into a shop, tangling them up in endless questions about their tank, and then chasing them out when they try to buy a fish.

On the other, those who talk to me about going into a store riddled with apathy, where they need to use smelling salts to bring a shop assistant back into the world long enough to scoop six Neons into a bag, and point vaguely at the till area.

There’s always been a variance in retail service across all sectors, but it’s interesting to see what people do and don’t want from their aquatic stores. Personally, I want feedback, as I’m sure a lot of chaps with stores of their own would. What is it you want? What does good service mean to you? 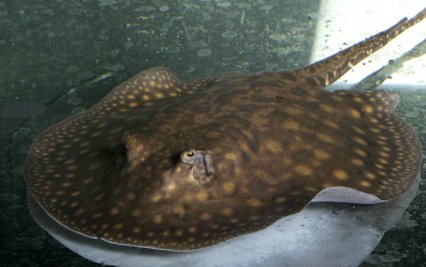 This seems to be the biggest stickler of the lot. How do you feel when somebody refuses you a fish? Has anyone ever refused you a fish? I’ve been refused a fish. At first I felt dirty, like I’d done something wrong. I went home and hung my head in shame, staring at my empty tank and ruminating over how my life had all gone so terribly askew.

But there is of course, reason for refusing a sale. If a shop does so, then it means it has some kind of protocol in place to ensure things aren’t being churned to their deaths. And that can’t be a bad thing, can it?

On the flipside, some people argue that some stores guard themselves too closely, bordering on neuroticism. They say that some retailers are immune to reason, and that a man with a doctorate in water quality and nitrifying bacteria could go in, explain his case, but still be refused livestock on the grounds that he doesn’t tick the right box on a checklist.

I don’t know. I appreciate there are exceptions to most rules, but if we’re going to be brutally honest, most brand-spank-me-fresh-out-of-the-box-shiny-eyed-new fishkeepers in the hobby are their own worst enemy, wanting to fill up their three-second old tank with as many fish as a typical Scottish trawler hauls ashore in a year. I’d say that the cost of refusing a few genuinely clued up aquarists livestock on a technicality could be a fair payoff for not seeing gajillions of fish go off into an ammonia riddled euthanasia box, week after week.

But I could be very wrong, of course.

I guess this is a precursor to refusal, but speaking to fishkeepers, you seem to be very divided on the subject of questioning.

Personally, I love being questioned when I’m trying to buy fish. But then, I love to argue, and engage in a little sophistry, spinning words about so that everyone, myself included, doesn’t even know what the hell the original question was, and just wants to go home and get on with their lives. 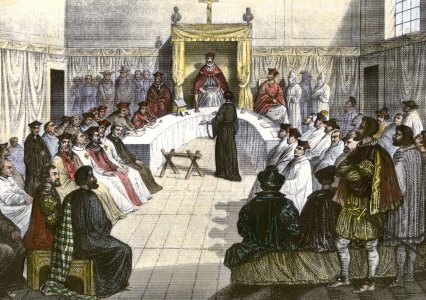 But then, I’m not of a nervous disposition. I can imagine that for the insecure individual, an interrogation (“Why do you want these fish? Why have you come here? Who sent you? What do you know?”) must be an horrific ordeal. You just go along to buy some fish to fill your tank, and then next thing you know you’re pinned, trapped with your back against a fridge full of Daphnia, with people you don’t even know demanding answers. After all, nobody expects the Spanish Inquisition.

Questions are loved by some, because it stops them making errors to which they were genuinely naïve. Some people aren’t aware that certain fish require a more established tank, or that others require a growth of algae before they can be added. Questions can be a superb firewall between making a terrible and costly mistake – by which I mean both financially and biologically.

Others consider questions to be invasive. There seems to be a camp of fishkeeping that holds that every fish should be thoroughly researched prior to purchase, and that unless the organism is understood, intimately, by the purchaser, then he or she has no right in buying it. I’d agree that there is a good argument for knowing your fish before committing, but appreciate that there may be a clash between one person’s research (after all, the internet does like to get things wrong every now and then) and another person’s sales policy.

And without questions, we do see some rather dubious practices. Quite recently, one vigilant lady brought to my attention an online seller that was offering 'community starter packs' of fish, posted out, no questions asked. These included bundles of fish, in inappropriate shoal numbers, and at maximum stocking density for smaller tanks. Hidden away in the small print, was some spiel about 'correct water conditions' and so on, but you had to go out of your way to find it. I’m inclined to wonder how many overeager buyers have already killed off such bundles in their haste, and would have been thwarted had they gone to an actual face-to-face establishment and interacted. 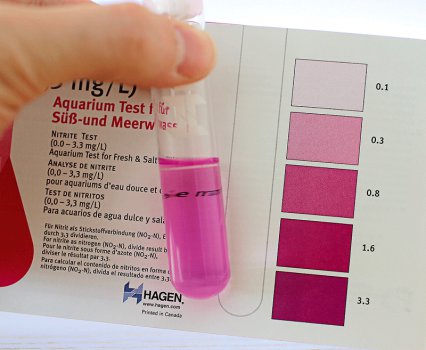 This one’s good to get a bit of friction. Do you think retailers should be testing your water or not?

I’d argue they’re certainly not obliged to. After all, the only tanks they’re accountable for are their own, not yours as well. It might come as a shock to a tiny minority, but the only person accountable for your own tank is you.

Some stores offer it as part of their service. Those that do sometimes talk to me of customers taking liberties, bringing in dozens of samples at once, rounding up water from their kid’s tank, their neighbours, and their grandmother’s chamber pot.

Others don’t offer it at all, except in the case of testing after a death or other claim. They report customers that get the hump, going into a miserable funk and slouching off to complain to the local pigeons outside at how hard done by they are.

I’m sure that testing is a great way of ensuring that newcomers get it right first time around, but is it really something to keep if it promotes lazy fishkeepers that don’t have a kit of their own, and just wait until the weekend before they can identify whatever crisis they’ve had in their tank that week?

Opinions please. Should testing be part of the parcel, or not? And if so then why? I’m not challenging, I’m genuinely interested. We all are. 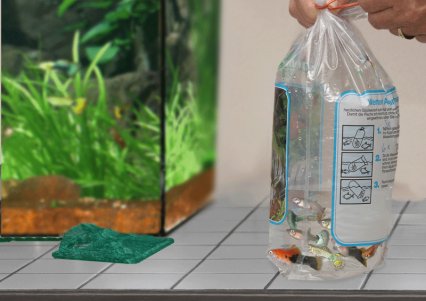 Yay! This one is the argument equivalent of a bee’s nest, a hive of divided opinion, which I’m about to tear apart like a honey-junkie bear and plunge my face into.

Who does what with guaranteeing their livestock? The whole domain of livestock warranties is riddled with more wormholes than an episode of Star Trek, and nigh impossible to reach a unanimous verdict on.

What do you expect when you go to buy fish? 24 hours? A week? And under what conditions?

I could, for example, offer a no quibble 24 hour guarantee on every fish I sell. Some miscreant could come in, buy £100 worth, walk outside where I can’t see him, bang the lot against a wall, turn around and skip back in demanding a replacement. He could quite feasibly take and kill everything I own and destroy it inside the 24 hour period. After all, no quibble is just that.

Some stores offer no warranty at all. The moment the fish is in that bag, it’s your responsibility, and anything that happens to it the moment your money has swapped hands is your problem. But is that fair? Is it even legal? Trading standards would probably say not, but the whole thing is such a boggy area that you might as well be trying to swim 100m in tar.

Other stores go for a ‘reasonable period’ which could be days, could be a week or two, whereby if the fish dies, then a replacement may be offered subject to water conditions. Of course, this one then falls foul to the fraudster, of which I saw many in my time as a retailer, who would bring in a sample of excellent water from a friend’s tank, or, just as frequently, straight from the tap, where the chlorine would still be running strong. Arguments ensued…

But the question is, what to do YOU consider to be good service? Again, I’m not picking a fight, I genuinely want to know. What do you think retailers should be offering when it comes to guarantees and replacements. Do you have any stores near to you that offer an outstanding service in this area? If so, how so? 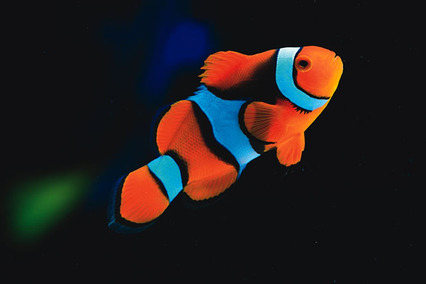 The good, the bad, and the ugly

Ultimately, I think it can be reasoned that what constitutes good or bad service is a fluid, moving set of rules and guidelines. What is acceptable is ultimately down to the preferences of the customers themselves, although to be accepted as such it might need some qualifying. If you think you deserve free water tests, for example, then you’d best have a reason for believing that.

And the big question of course, is what comes next. Retail is a hugely changing environment, with massive influences from outside sources such as internet stores, and decreasingly patient and increasingly flustered hobbyists.

The shape of buying has changed. Just go to a local supermarket and you’ll see counters where you scan your own goods, with no human face involved. Strange, mechanical goblins inside machines shout prices to each other, beeping and trilling as they tally up goods. People clearly want such ‘service’ as they vote with their wallets, forming long queues to use these unmanned portals. Is that where we’re headed in the fish world? I sure hope not.

So for now, I want to leave it with you, and keep this storm stoked a little while longer. What is good service to you? I have my umbrella, so I’m happy to sit here a while longer and watch the storm build a bit more…