Spiny eel expert Dr Ralf Britz has described four new species of spiny eels from Myanmar and the Indian subcontinent in a recent issue of the journal Ichthyological Exploration of Freshwaters.

The three new species are described in a review of the species of the Macrognathus aculeatus group and are named Macrognathus dorsiocellatus, M. lineatomaculatus, M obscurus, and M. pavo.

This species is known from the Ganges and Brahmaputra River drainages in Nepal and India, and its name comes from a combination of the Latin words lineatus, striped, and maculatus, with blotches, referring to its row of blotches along the dorsal-fin base and sometimes along the middle of the body 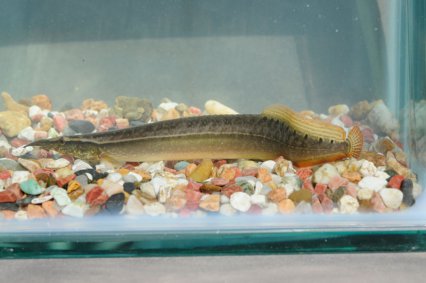 This species, known from the Irrawaddy, lower Sittang and lower Salween river drainages in Myanmar, has been previously misidentified as M. aral (an Indian species).

Macrognathus dorsiocellatus can be distinguished from congeners in having a combination of 19–23 rostral tooth plates, 14–22 dorsal-fin spines, and 7–11 small ocelli along the soft dorsal fin, with ventrally open, incomplete white rims.

The name is derived from the Latin words dorsum, back, and ocellatus, with ocelli, referring to the series of ocelli along the dorsal fin.

Macrognathus obscurus
This species is known from the Irrawaddy River drainage in northern Myanmar, and is distinguished from congeners in having a combination of 8–10 rostral tooth plates. 20–22 dorsal-fin spines, and ocelli along the dorsal fin developed as small irregularly arranged dark spots or absent.

Macrognathus obscurus is named after the lack of dorsal-fin ocelli or spots characteristic of the M. aculeatus group (Latin obscurus=dark or inconspicuous). 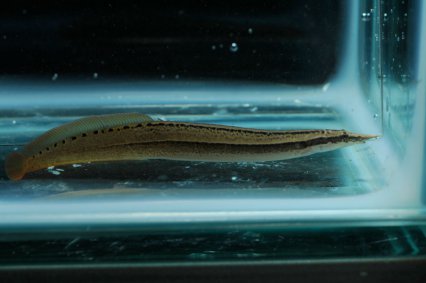 Macrognathus pavo is distinguished from congeners in having a combination of 6–8 rostral tooth plates and only 4–6 dorsal-fin spines.