The headline might not mean much unless you know who the FAWC is, says Nathan Hill, but this committee recently published an opinion on fish welfare that contained an important - maybe even groundbreaking - point...

Given that we’re fishkeepers (I think) and not farmers (not that we can’t be both) you’d be forgiven if you fail to recognise the acronym for the Farm Animal Welfare Committee.

The FAWC are important in the 'acting behind the scenes and out of the spotlight' kind of way. They’re one of few impartial groups within the live animal industry, with a refreshing lack of representation of any organisations they might be associated with. Most importantly of all, they’re a committee of DEFRA, and they provide impartial and authoritative advice on how legislation for animal welfare should proceed and be steered.

So that’s who they are.

Now, what’s all this about fish pain? Well, on February 14 this year, the committee published their Opinion on the Welfare of Farmed Fish.

‘So what?’ you might be thinking. ‘Who gives a hoot about farmed fish? We’re aquarists…’ The thing is, legislation in one field often can have an osmotic effect on another. Opinions can leach back and forth between disciplines, and new information gained in one specific area can have far reaching implications for others when it becomes more universally accepted.

The FAWC, and the opinion it published are significant — groundbreaking even — in one important criterion. Point no. 128 on their list, sat right down there at the bottom of the recommendations, reads: "Fish are able to detect and respond to noxious stimuli, and FAWC supports the increasing scientific consensus that they experience pain. We therefore recommend that deliberations on management and other processes should be made on this basis."

Wait there, did we all just read that right? ‘Supports the increasing scientific consensus that they experience pain.’ Great Scott! Despite all the malingering, crap-and-bilge journalism of national papers jumping gleefully up and down (Fish can’t feel pain! We have the proofs! Etc.), those individuals with the voice that actually make a difference have accepted the tentative premise that maybe fish do feel pain after all, and just maybe we should factor that into how we deal with them. Rational thinking and reason, 1; sensationalist, ill informed dailies nil. High time too.

So welfare considerations, it is advised, should be based on the acceptance of a fish’s capacity to feel pain. Or at least they should in farmed fish.

Another point raised in the Opinion carries the onus that: “society should provide animals with a life worth living, and an increasing proportion with a good life. These provisions should extend to fish.”

We’re pretty much on the ball with that one anyway. After all, who keeps fish for the purpose of being cruel to them? I mean, aside the kind of tool who buys goldfish to see them deliberately torn apart by Piranhas, we’re all focused on making our fish happy. Hell, I’ve cried at the death of a fish before. We’re ahead of the game on this one.

The Opinion notes: "perceptual barriers exist to giving fish full ethical considerations. Humans typically identify more with mammals than they do with fish." Yup, we’re all aware of this one. 'It’s just a fish' is the phrase that turns retailers from happy monkeys to borderline mercenaries. Don’t believe me? Go into an ethically minded store and try saying it to some of the staff. See how long you last.

FAWC are aware of this mindset. People are "less likely to regard fish as worthy of moral consideration on rational grounds." This is one of the most sensible things I’ve seen in a while, and takes a pragmatic stance with fish pain. If you’ll grant me the indulgence of a digression, I’ll explain more.

Those who have thought about the issue of fish pain tend to align themselves with one of two opposing views. The first, what I might call the lay views, is that pain capacity in fish is either non-extant, or so remote and anomalous from what you or I might call pain that fish require no further consideration. Literally, they’re too dumb to hurt properly.

The second camp, the fish lover view, tends to err on the side of (most probably) too much caution. In this anthropomorphic camp, they can end up ascribing too much sentience to the fish in its capacities. They can mistakenly assume that the pain in a fish is identical with that which you, I or a dolphin feels, and overcompensate accordingly. 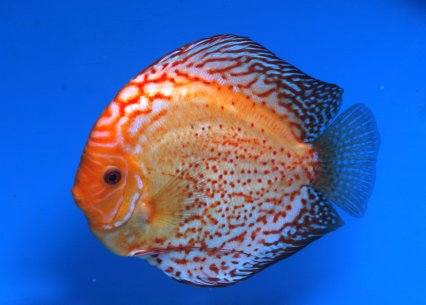 The catch is, those in the second camp are often so blinkered by their affection that they let emotion rather than reason dictate how they feel people should deal with fish. I’m in the position of accepting the likelihood of fish feeling pain. The evidence is strong, growing all the time, and I can’t help but note that the most vociferous opponents always seem to have an agenda that involves the exploitation of fish for commercial gain. But that’s by the by.

But it’s worth being realistic about this. Fish feeling pain is (most likely) nothing like the pain that higher animals feel. Many of the brain structures involved in fish pain are analogous, or possibly even surrogate when compared to our own, and one cannot be safe extrapolating from one fish to the next. Would the salient capacity of Paedocypris be the same as that of a Boulengerochromis? I doubt it, and I doubt their pain perception is particularly similar, either. Sometimes even we aquarists need to take a realistic approach about just how much fish can feel and how much we let it affect us. It should be instrumental in our welfare decisions, of course, but we shouldn’t rule out those with an opposing view as somehow inhumane or ill educated.

Even more compelling, the FAWC make mention that: "There are indications of a cognitive process, at least in rainbow trout, for the experience of fear." We aquarists tend to package the concept of ‘fear’ under the same label as stress — which it is. But in our parlance, we refer to a fish stressing (not scaring, not driving fear into the heart of, not terrifying) another fish that it chases. To see the notion of fish fear so formally identified opens up a whole new territory of ethical debate, but that is for another time.

Now, before the "this is stupid, trawlers don’t worry about welfare" brigade fire up, it’s prudent to note: "the welfare of wild caught fish in large quantities is not within FAWC’s remit." And before anglers get the hump with me, they also add that "Angling is similarly excluded from FAWC’s remit " So there. There’s no point trying to draw upon futilities by way of analogy, as the two (three) camps are all distinct here. FAWC deal with farmed fish. If there’s to be a knock-on effect to wild harvest and angling, that’s for other legislators to decide. But it’s not what the FAWC are hankering for here.

What does all this mean to us as home fishkeepers? Currently, not a single thing. Nothing. Nada. Except that floating about in circulation we now have some authoritative figures pushing the acceptance that fish can feel pain, and our practices should reflect this. What we have is the thinnest end of a wedge inside the world of legislation, promoting what will be better fishkeeping on a slow and gradual basis. And as I’ve already alluded to, as the idea gains more momentum, as more people accept the idea as probable over improbable, we might start to see the first hints of a paradigm shift in our fishy thinking.

Personally, I can’t wait to see where it leads from here.