How good are you with an underwater camera? Think you can match the skills shown here? If so, November has seen the launch of two major underwater photography competitions that you might want to enter. Some of the amazing images from the 2010 competition are shown here.

Sometimes referred to as the 'Super Bowl' of underwater imagery, the 'Our World Underwater' and 'DEEP Indonesia' competitions celebrated their 6th anniversary with prizes worth over $120,000.

The competitions offer categories for all levels, from novice to commercial photographers.  The 'Our World Underwater' focuses on technical categories such as macro, wide angle and compact photography. 'DEEP Indonesia' offeres themed categories such as divers, animal portrait, animal behaviour, reef scapes, and environment and conservation. Together, the series represents the largest worldwide underwater imagery event.

Last year’s competitions attracted over 5,000 entries with the winners picked from over 20 countries. 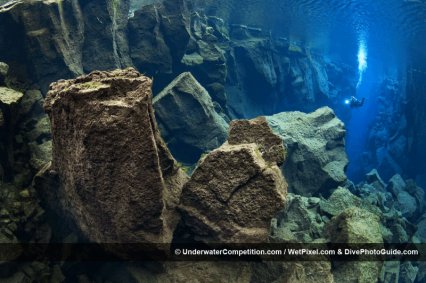 Magnus Lundgren of Sweden won the DEEP Indonesia competition with his photo of a single diver traversing a cavernous underwater fissure in Thingvellir Lake, Iceland (above).

British John Hill scooped the Silver award in the compact cameras category for image taken from the heart of a school of silver coated jackfish off the coast of East Borneo (pictured at the top of the page).

He is quoted saying: "I was diving at the edge of the school simply observing them,when another diver from my group accidentally drove them towards me and before I knew it I was surrounded."

"Luckily I had the presence of mind to quickly reach for my camera and take my shot. 'I was amazed by the results and thrilled to have gained a silver award in such a prestigious competition." 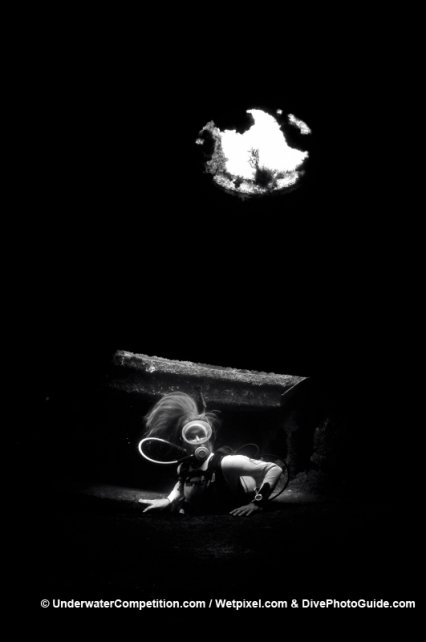 The winner of the Our World Underwater competition was David Barrio of Spain with the above picture, taken in Gran Canaria.

Some of the other winning photos are pictured below. 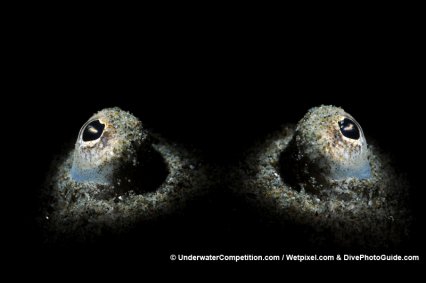 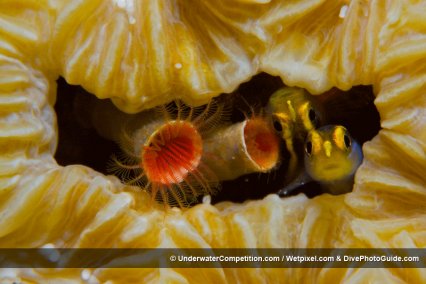 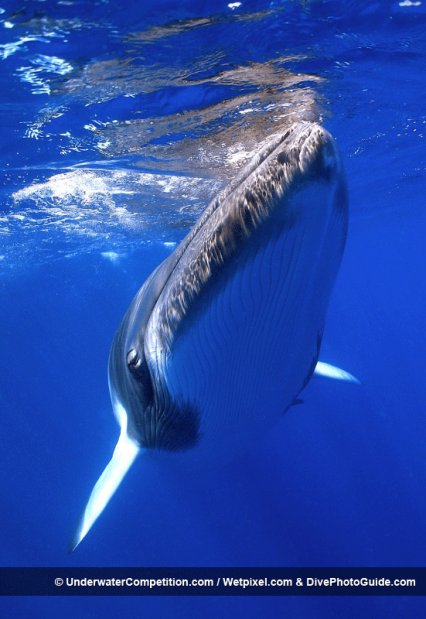 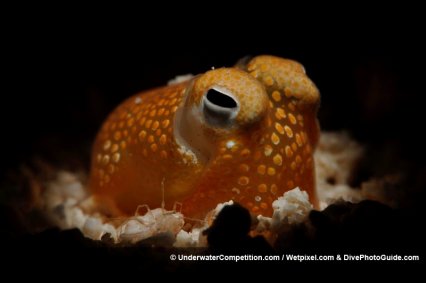 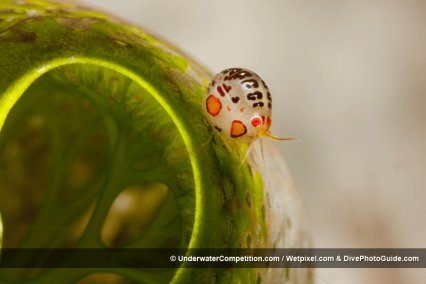 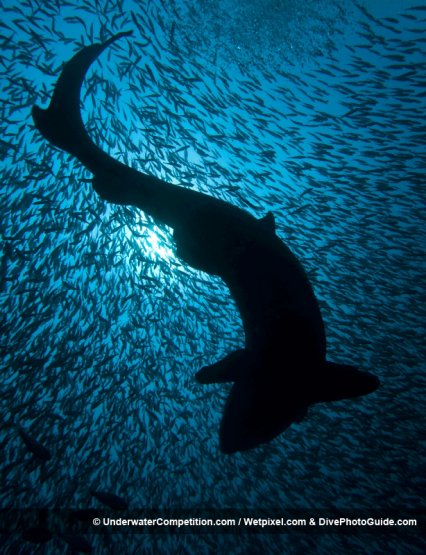 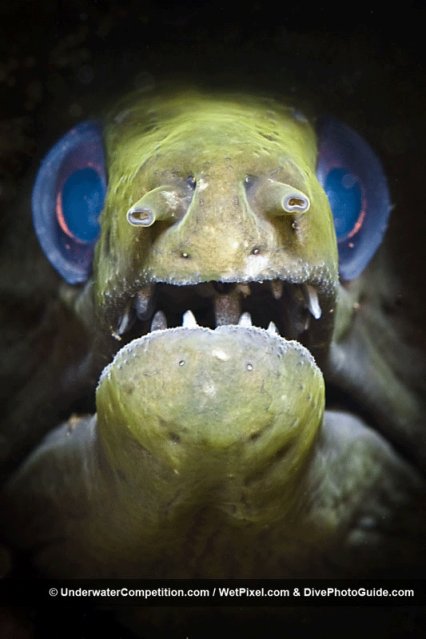 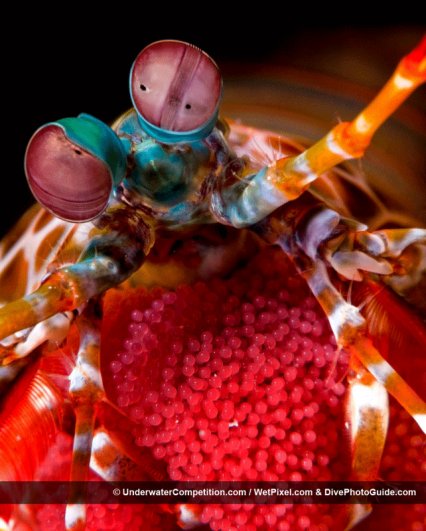 Check out the rest of the winners of the Our World Underwater and DEEP Indonesia competitions.

Want to enter next year?
Founders Jason Heller and Eric Cheng run the two leading underwater photography websites, DivePhotoGuide.com and Wetpixel.com. The competition is heavily supported by the dive industry and has a dedicated website at UnderwaterCompetition.com. They will donate 15% of entry proceeds will be donated to marine conservation efforts.

Prizes include nearly 40 trips to some of the best dive resorts and live aboards in the world, underwater photo and video equipment, and scuba diving gear. In addition, this year the Best of Show winner will receive $1,000 cash to go along with his or her dive trip.

Judges, including leading professional underwater photographers, cinematographers and magazine editors will select winners after the Jan 17, 2011 deadline. Winners for each respective competition will be announced live on stage at the Our World Underwater film festival in Chicago (February 18-20, 2011), and exhibited at DEEP Indonesia in Jakarta (March 31 – April 3, 2010).