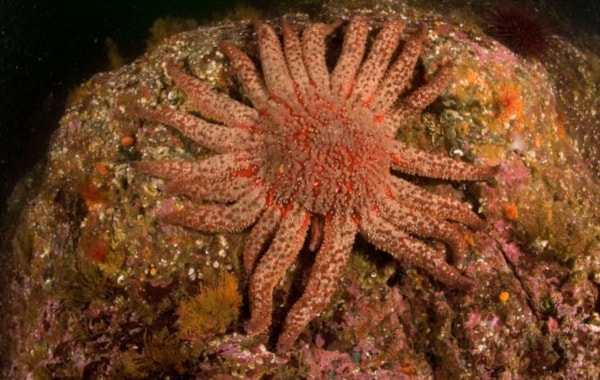 As the deadly sea star wasting disease continues to spread, experts at the Seattle Aquarium in the U.S. are undertaking an experiment, which if successful, is hoped could help the sea stars fight off the disease.

The disease has decimated whole colonies of the animals, since it was first noticed last summer among Sunflower sea stars near Vancouver and Seattle. Since then, the disease has spread and other species have been affected. It's thought to have now killed millions of sea stars off the Pacific coast, in an area that stretches from British Columbia to Mexico. The disease causes the affected animals to melt.

Now veterinarians at the Seattle Aquarium have taken a group of sea stars that are exhibiting symptoms of the disease, and separated them into two groups. One group is being treated with antibiotic injections, the other a saline solution, reports KING 5 News.

Experts say it is possible that the disease itself only weakens the sea stars to the point when the immune system is unable to fight off bacteria — and it could actually be bacteria that are responsible for the melting. If this is the case, it's hoped that antibiotics may help them fight the bacteria off, even though they may not actually have any effect on the disease itself.

However, it will take several weeks before it's known whether the experiment has been successful.