It's official - the latest LED light from marine equipment company EcoTech has been launched worldwide, and it looks like their latest model could be the one to beat!

"This enables the XR30w Pro to deliver unsurpassed full-spectrum output from 405nm (Ultra Violet) to 660nm (Hyper Red). The XR30w Pro’s premium LEDs from Cree and other manufacturers provide efficient and precise light output, while the six channels of control allow users to adjust each colour group individually."

So what does all that mean to the fishkeeper? Well, depending on what you already know about the existing Radion LED light, it's a modular, controllable light that can be programmed into preset modes like natural mode for example, or preset Kelvin ratings, but also you can play with the individual LED colour channels like red, blue and green to tweak the light spectrum and brightness to however you want it. Once you do that, it can talk wirelessly to other Radion lights you're running and even your VorTech pumps, with the latest cloud technology meaning that you can even do all that from your iPad and other tablets. It's a very good light.

So why upgrade it and bring out a Pro model? The new lensing means more vertical penetration of light through the water column, which can be measured with a PAR meter. The existing Radion is already as bright as a 250 watt halide but the new lensing will enable strong light penetration in tanks of 75cm/30" deep or deeper. Experienced Radion TIR lens owners advise caution as it makes these things seriously bright. 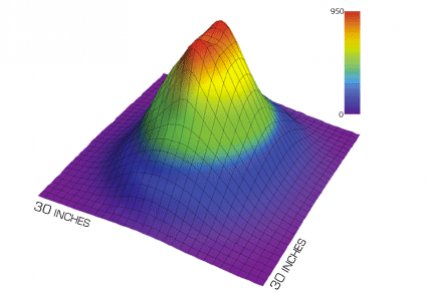 After that you have the new colours provided by extra LEDs. The existing Radion claims full spectrum lighting, meaning that everything from 400 nanometers (violet,) to 700nm (red,) is covered. The Pro claims an even "fuller" full spectrum light with much more emphasis being put on the violet end of the spectrum  yet also strengthening other colour spectrums too. 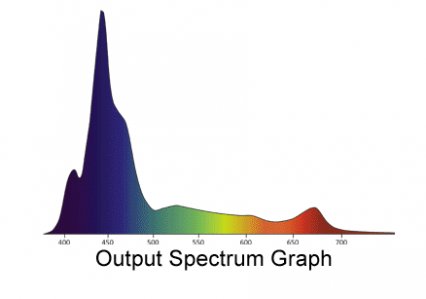 There is a lot of argument about apparent lack of the violet spectrum in some LED lights verses T5 or metal halide, so I welcome this and am sure that our corals will be better for it.

Power consumption. The eco credentials of LED lighting may be beginning to be of lesser concern for some lighting manufacturers with just one Radion Pro consuming 170 watts of electricity. That's halide-like power consumption, although arguably this unit will now probably out perform an equivalent 400 halide no problem, so there are still savings to be made when you look at  performance.

Fans of the old Radion say though that if your existing light does everything you ever wanted then don't feel inadequate as you may not need the Pro units, although an upgrade path is promised for release if you class the upgrades as must-haves. LED lighting technology is moving at a blistering pace though, and a bit like with the iPad, should you wait and only invest in at least Generation 2 of any LED light?

So probably the world's best aquarium light just got better, only at a price. If you can afford them, buy them, it's that simple, and you won't be let down. Satisfaction is almost guaranteed.