Mainstream press is currently awash with declarations that are sending out a potentially destructive message to the cause of welfare in fish. Nathan Hill highlights the dangers to fish from journalists misrepresenting scientific reviews.

"Fish cannot feel pain say scientists," writes Josie Ensor for the Telegraph. Valerie Elliott writing for the Mail Online takes the headline "Anglers finally off the hook as scientists settle age-old debate over whether fish feel pain." Other news outlets and industry related reporters tumble over themselves to say the same. It appears the debate is closed. Fish do not feel pain, according to a scientific review.

Except that’s not what the review, written for the journal Fish and Fisheries concludes at all. The piece, entitled 'Can fish really feel pain?' is more ambiguous than that, and certainly not conclusive. In fact, the findings of the work itself are highly contentious, and have elicited a vocal response from scientists that actually work in this field. I discuss the review, its disputes, and its implications (and failings) here.

The upshot of the review, composed by Professors James D. Rose et al, does not conclude that fish do not feel pain. I want to make this absolutely clear. There is no final line that makes this effect. Unfortunately, the implication given by the press is that the review represents a comfortable consensus within the scientific community, as though there are no dissenting voices, and that thousands of men and women in lab coats are in agreement and that the issue is resolved.

But the review itself only represents a minority of voices and I am not criticising the authors of the review here. My thoughts on the subject are covered elsewhere and can be tracked using the link given above.

I am instead pulling up the diabolical efforts of the journalistic community in reporting this, and wonder exactly how they reached the conclusion that fish definitely do not feel pain. They certainly don’t baulk from this position in their articles. Even the first sentence of the Mail Online’s effort reads: "It is a debate that has raged for years. But now Britain’s four million anglers can rest easy – because fish do not feel pain, scientists have concluded."

This is wrong. There is nothing in the review that explicitly states this, and I suspect that this marks a dissonance within the scientific and journalistic communities – one preferring cautious approaches, the other requiring absolutes. Here, the journalists have shot themselves in the foot. 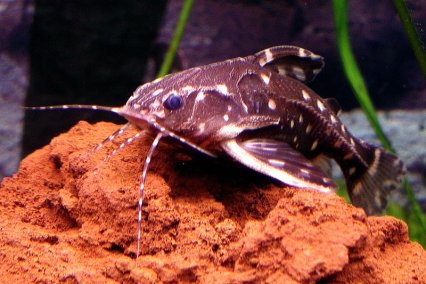 The Mail Online even quotes Rose’s actual position later in the same text, clearly oblivious to the inconsistency between their view and his. They write that "Prof Rose added: 'It is highly improbable that fish can experience pain.'" (This line is not in the review, I add).

A typical example from the conclusion of the review reads that "Our consideration of the available evidence leads us to conclude that fishes for which behavioural, physiological, and neurobiological evidence is available are unlikely to have a capacity for the full range of nociception, especially the C fiber-mediated nociception that can cause agonizing pain in conscious humans." What it doesn’t say is something like 'We’ve nailed it! Fish are automatons!'

I’m not sure if mainstream journalists can tell the difference here, and so I feel obligated to spell it out. 'Improbable' is not the same as 'cannot.' In fact, there is a massive gulf between the two worlds. The review is not conclusive, and to say that fish definitely cannot feel pain is a reckless act, with massive implications to potentially cause suffering to not just a few organisms, but a huge category of living creatures.

To use a deliberately provocative and loose example, imagine I were to publish a headline explicitly stating something like 'Scientists prove that you cannot be eaten by a shark.' Certainly, if I were to ask the authorities on studies of shark attacks how likely my own devouring by a Great white would be, they would say that it would, at best, be highly improbable. But it would be foolish of me to conclude from this that I could never be eaten by a shark. Improbable and definitively cannot are two very separate outcomes. 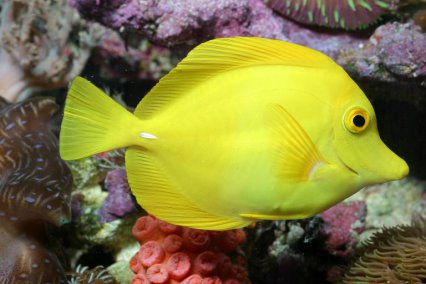 The problem with seizing upon a single, small review like this and incorrectly touting it as a revolutionary way of approaching other organisms is that it is incredibly dangerous. On the back of skim reading articles like those of the Mail Online and the Telegraph, there is a very real hazard that some may now change their attitude with regard to how they handle living fish, potentially causing them unnecessary harm and suffering that could have been avoided if both integrity and restraint had been shown by the journalists involved.

I’ve gone through the literature myself, as well as several lengthy responses, and can conclude that it was not an easy task. The text requires diligent reading, for which I am grateful to have formal training in critical evaluation of evidence. There are holes and assumptions in abundance, and it requires careful navigation to read through the lines.

Those reporting the 'new findings' as gospel have made a fundamental mistake. As I read their pieces, I am left with the unsettling notion that not only are they unaware of the arguments against their position, but also they aren’t even conversant of the arguments for it. I am forced to question whether anyone has even read the piece beyond the abstract, or maybe a press release.

I see references to the team of scientists as conducting the 'latest research' and referring to the piece as a 'study', which it is not. It is a review. Not a study. It is an opinion piece that has no fresh data introduced by the authors. If a journalist is to report on a subject with ramifications such as this has, they could at least do the honour of fully understanding the paper they are reporting on.

Simply put, my contention here is with irresponsible journalism, making hyperbolic circumstances out of something that’s actually just another part of a very large and intricate jigsaw. I’d go so far as to accuse them of potentially behaving like some modern day Rene Descartes, who famously ‘proved’ that animals were incapable of pain back in the seventeenth century. In the context of his time, the arguments he gave were persuasive, and led to the suffering of countless dogs and other animals, nailed to boards and used for vivisection, totally justified by the idea that the writhing animals were merely automatons reacting to a stimulus, and that their cries of pain were hollow. 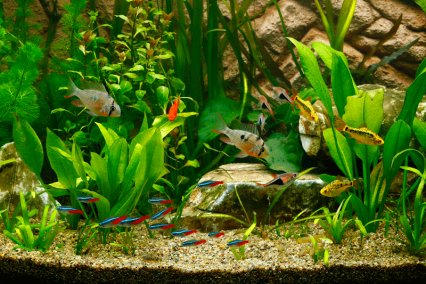 On a different scale, this is what the journalists who have reported on the topic in such a nonchalant way are doing now. And should it later transpire – as is a very real possibility – that Rose’s review is superceded by further evidence that does put the idea of fish feeling pain beyond reasonable doubt, then those journalists are singlehandedly guilty of causing suffering on a wholesale, global scale, and all because they couldn’t be bothered to check their facts.

I hope they can deal with that, because I certainly could not.