Massive carbon dioxide overdoses are known to kill, but what about the long term effects of a low dose? Nathan Hill highlights the potential for a chronic illness that might warrant further consideration.

Since Takashi Amano popularised the planted set up, a sizeable subset of aquarists have taken the leap from ichthyologist to botanist, eager to get their stake in the lush green territories of aquascapes. Who can blame them? Aquascapes are the best of nature-meets-synthetic – high technology layouts that harness the biology of plants to create visual appeal, and maintain a harmonious environment for fish.

The problem is, we may have become so focused on the plants that some of us are becoming blinkered to the needs of the fish that live alongside them. In fact, as an aside, I notice a troubling trend in modern aquarium keepers, where the measure of welfare seems to be steeped solely in terms of survival: if the fishes live, things are good, if the fishes die, things are bad. This is a broad observation, however, and not one specifically targeted at aquascapers. Across the board, it is an inappropriate position to take.

The realm of the aquascape adds new underpinnings to the fishkeeping scaffold. For one, there is the chemical soup used in high-energy planted systems. A mixture of nitrates, phosphates and a myriad micronutrients are concentrated to way beyond their naturally occurring levels. Indeed, many of the chemicals a lay aquarist may strive to avoid are suddenly added to a planted tank on a weekly or daily basis, to promote or sustain growth. 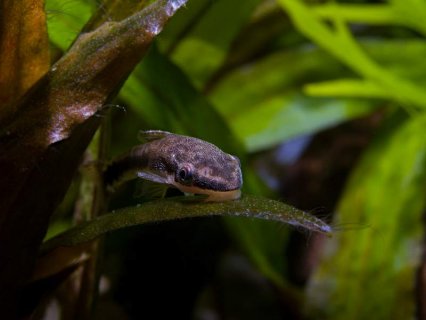 More troubling for me has long been the addition of CO2, though I could never entirely put my finger on exactly why.

CO2 is not the safest of gases, and yet paradoxically it is vital for life on earth. In aquaria at high doses, it is noted for being lethal. Its effects on ponds is well understood as a key player in pH swings – carbon dioxide takes the form of carbonic acid when in water, playing a major role in swings and fluctuations. Most of us will already understand the fierce oscillations of acidity and alkalinity that can result from a heavily planted set up. As plants photosynthesise, they draw carbonic acid out of the water, causing pH levels to increase. When plants respire (as they do at night) some of this carbonic acid is reintroduced back to the water, causing pH to plunge. This back and forth of acid/alkaline levels can easily prove fatal to many fish, and all too often does.

For the last decade at least, aquascapers have raised arbitrary figures of CO2 'safe' levels in aquaria, usually touted as somewhere around the 30ppm mark. I myself will be the first to put hands up and say that I've been swept along with the flow and can be found making the same claims. 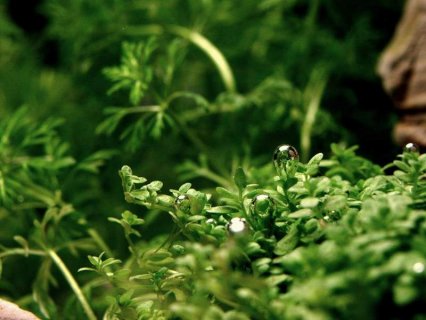 The problem with this figure is it seems to be based around outright lethality. Read uncritically, it seems to claim that CO2 levels up to 30ppm are harmless, and suddenly, as soon as this level is breached, CO2 takes a whole new, demonic form and starts to blight livestock. I can already hear people well versed in this subject grinding their teeth, so to clarify, the 30ppm figure is loose, and subject to many variables. However, based on the parameters of what might be classed a 'typical' aquascape, it has always roughly held.

At high enough levels – as an acutely toxic effect – CO2 in the water will encourage a condition known as hypercapnia. This is where the CO2 level of the blood increases, and this in turn can lead to something called the Bohr effect. In a nutshell, as CO2 in the blood increases, the haemoglobin loses its ability to carry and transport oxygen. Blood will flow, but on an internal level the fish is not ventilating. 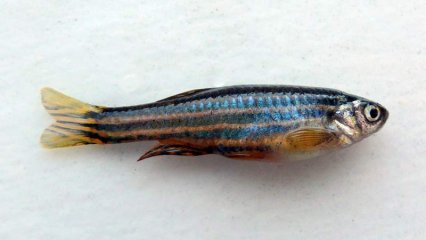 Note that this has an observable effect on livestock, namely the chief symptom of hypoxia; an inability by the fish to breathe properly. Sufferers will gasp at the surface, every gill cover in the tank will be flared wide, and even the most incompetent aquarist will have a realistic chance of diagnosis – this fish cannot breathe and I need to up oxygen and reduce CO2. I sincerely doubt that anyone utilising CO2 on a system will do so without understanding that at the first sign of gasping they need to turn their gas supply down.

As an interesting aside, it's often thought that high CO2 levels are harmless if there's adequate oxygen in the tank, though the science is not sympathetic to this view. Fish respiration is frequently governed by O2 levels, and having lots of oxygen in the water can actually slow down the rate at which CO2 is released from the body. Up the O2 without lowering the CO2, and things are made even worse for the fish.

To get back on to subject, all of this is only based around the acute, immediate and instant effects of CO2 poisoning. I invite you to recall my earlier point about mortality alone being increasingly used as the basis of whether a tank is suitable for fish or not.

What I suspect should be accounted for, but is seemingly overlooked, is the potential effect of chronic CO2 poisoning.

From a chronic hypercapnia point of view, the long term effects of elevated CO2 levels are suspected to be demineralisation of bone structure. I'll tread cautiously, as much research is still to be done in this area, and what we know of the phenomenon is extrapolated from the world of aquaculture, but the CO2 levels caused from overcrowding of fish are implicated this way.

Less contentious, and my greatest worry for long term CO2 use is a condition known as nephrocalcinosis. This one is well recorded as a problem within aquaculture, and has been known to rear its head in Danio rerio circles too. The relationship between the condition and CO2 isn't entirely clear, but is thought to be related to fish compensating for blood acidosis, resulting in the excretion of calcium and phosphorus.

Calcinosis as a general ailment involves calcium deposits in the flesh of a fish, while nephrocalcinosis involves calcium deposits within the kidneys. Typically it is found in fish kept in high concentrations where CO2 reaches >12ppm, and more frequently in alkaline conditions. However, it doesn't only occur in alkaline conditions, and in some cases it appears that CO2 concentration alone is enough to prompt it. Given that the average gas-fuelled aquascape will be riding at a level in excess of 12ppm, it's not too hard to see the potential for a link.

Worse still, there are no obvious symptoms of the disease, aside from general malaise, increased stress and weakened immune systems. To look at a tank of fish suffering it would be to see nothing out of the ordinary. Instead, you might get the occasional case of dropsy (itself hard to successfully diagnose) and the odd premature death. In that respect, there's nothing too out of the ordinary for many a tank, and some avoidable deaths may be occurring simply because of a lack of external symptoms.

Granted, if you look in to it then you'll find that nephrocalcinosis is likelier to occur in larger fish than smaller ones, or at least it's likelier to be detected in a larger one. After all, if someone loses a large, commercially valuable species, then they're likely to undertake a post-mortem examination. But then, when was the last time anyone opened up a Boraras or Tetra to see if there were chalky deposits in the kidney? My guess is that deaths of this nature are slipping under the radar, but that's an unfair assessment on my part. Rather, it's safer to say that potentially missed diagnoses in the case of premature deaths are slipping under the radar. To my knowledge, not one fish pulled out of an aquascape has even been diagnosed with nephrocalcinosis, but then nobody is looking for it. I'd just be surprised if it wasn't happening at all.

There are other causes for nephrocalcinosis in fish. Diet is strongly implicated, especially where excess amounts of calcium and magnesium are involved. Calcium carbonate in the water seems to be implicated as well, particularly the use of crushed coral as a substrate. Though this is a line for a separate discussion, I'll be quick to note that it's unlikely any aquascaper is using crushed coral as a substrate.

What's the cure for nephrocalcinosis? Assuming it's even happening in tanks, it would seem that prevention trumps cure. Aquascapers might not like the idea, but the best way to prevent it is to maintain proper CO2 levels – as in atmospheric levels – through ventilation. 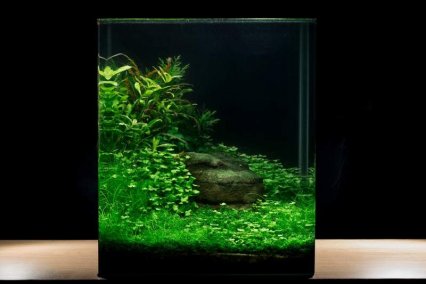 Alternatively, aquascapers could take the Volker Jochum approach and simply avoid putting fish into their layouts. I'll confess I tried it once before, and it made experimentation harmless and easy. I could tweak gas levels to absurd degrees, as well as increase my nutrient dosing to decidedly toxic levels, and without risking a single life. It might not appeal to some, but don't knock it until you've tried it. Personally, I'm dying to do another fishless tank.

But then, all of this is academic, as the research hasn't been done with the kinds of fish gracing our 'scapes. Nephrocalcinosis may be the realms of aquaculture alone, blighting the likes of Salmon and Tilapia, and never setting foot into a domestic tank. We just don't know.

The only way we'll know for sure is if folks start looking critically at the occasional mortality. Perhaps the next time a Danio or Neon in your planted, CO2 heavy tank dies without warning, you could open it up, or at least give it to someone with a microscope who can have a look at the kidney and see if calcium deposits are the culprit. It might only be a small, cheap fish, but it still deserves a decent quality of life, right? And if we can find a way of improving on that quality of life, then I say we at least try.