The Deepwater Horizon oil spill in the Mexican Gulf is likely to have a devastating effect on deep water corals, with large numbers dying due to the pollution.

The danger lies not only from the tonnes of crude oil that is trapped underwater but also tiny droplets that are produced when dispersants are applied to the surface water.

Gregor Eberlie, from the University of Miami's Marine Georology and Geophysics division explains: "Unlike their more familiar shallow-water counterparts, these corals feed on organic matter floating through the water column. We know that most of the food consumed by the cold-water corals is produced in the surface waters and eventually sinks to the corals."

Thus, as  food falls from the surface waters through the oil plumes to the ocean depths, it becomes contaminated with tiny oil droplets. 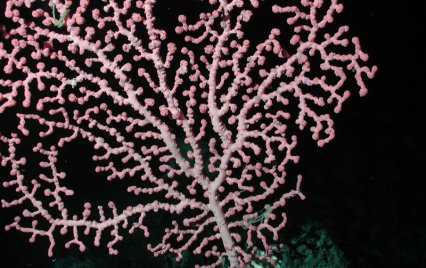 Eberlie predicts this will be catastrophic for the corals "It is most likely that coldwater corals are not able to digest these oil-laden food partcles and will perish in large numbers".

The dangers facing the corals are not only from the contaminated food supply, but also the dispersants used to break up oil slicks in surface waters, and the effect of environmental stress itself.

Reports from as early as  2007 have shown that under laboratory conditions, disperants cause significanlty more harm to corals than the oil itself, and lead to rapid widespread death and delayed growth.

Further problems come from the corals' own biology: a paper by marine biologist Caroline Palmer, published in the FASEB Journal has found that some corals invest less in immune function than others, leaving them particularly vulnerable when under environmental stress.

Journal editor, Gerland Weissmann is succinct in his appraisal of the current situation in the Gulf of Mexico "You don't have to be a marine biologist to know that the Gulf oil spill is an environmental disaster of the first order. Stuff leaching from the ocean floor is the worst environmental challege a coral reef can face".