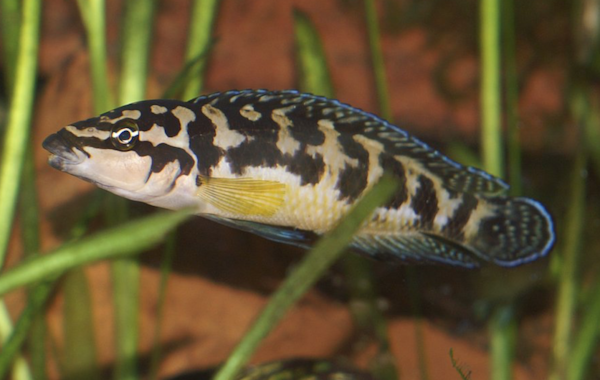 A popular Tanganyikan cichlid has been found to have the ability to recognise individual faces, making them more relaxed around familiar fish and more guarded with strangers.

The Masked julie, Julidochromis transcriptus, uses the pattern around the eyes of other individuals to identify them, researchers have discovered.

In the wild, J. transcriptus lives in rock crevices hidden by vegetation in Lake Tanganyika. As a result, only a small part of the fish's body tends to be visible at any time.

Scientists from Osaka City University in Japan isolated eight adult males from a group of familiar individuals and exposed them to digital models of fish that had both familiar and unfamiliar features on both their heads and bodies.

They found that the males spent more time following those models with faces they did not recognise, to monitor any potential threat. The models which had only differences in body and fin shape didn’t provoke the same response.

“We found that our subjects were especially guarded against only unfamiliar face models, regardless of body type,” says Takashi Hotta of Osaka City University.