Scientists have released the long-awaited inventory of species distribution and diversity in key global ocean areas in a collection of papers published in PLoS ONE.

The Census of Marine Life (COML) focuses on 25 key areas with the waters off Japan and Australia coming out top of the biodiversity stakes with a massive 33,000 known species.

The species fall into 12 different groups, led by crustaceans (including crabs, lobsters, crayfish, shrimp, krill and barnacles) that represent about one fifth of the known species in any given area.

The next most prolific are molluscs (including squid, octopus, clams, snails and slugs) which make up 17%.

Only 2% of all the species in the oceans are made up of ‘other vertebrates’ such as whales, sea lions, seals, sea birds, turtles and walruses.

Thus some of the best-known marine animals comprise a tiny part of marine biodiversity. 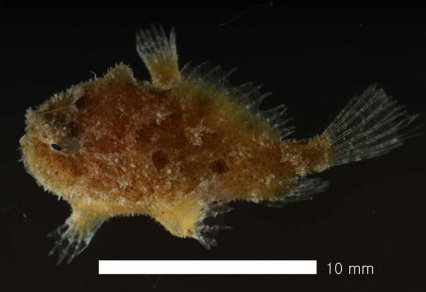 Many species appear in more than one region. Current holders of the title "most cosmopolitan" marine species are two opposite kinds: microscopic plants (algae) and single-celled animals called protozoa and copepod in the plankton, and the seabirds and marine mammals that traverse the oceans throughout their lives.

Among fish, the viperfish Chauliodus sloani, has been recorded in more than one-quarter of the world's marine waters.

The more enclosed seas - Mediterranean, Gulf of Mexico, China's shelves, Baltic, and Caribbean - have the most threatened biodiversity with a double whammy for the Mediterranean as it also boasts the highest number of alien invasive species - over 600 in total.

The relatively isolated regions of Australia, New Zealand, Antarctica and South Africa have the most endemic species.

The scientists also created a relative "state-of-knowledge index," grading each region according to how well it was known, including the availability of guides to the identification of species and their number of taxonomic experts.

But, even in regions with the highest index scores (Australia, China and Europe), knowledge of marine biodiversity is poor.

In Australia it is estimated that only about 10% of marine species in its Exclusive Economic Zone is known.

Still unnamed "At the end of the Census of Marine Life, most ocean organisms still remain nameless and their numbers unknown," says renowned biologist Nancy Knowlton of the Smithsonian Institution, leader of the Census' coral reef project and author of a new book published by the National Geographic Society for release September 14.

"Citizens of the Sea: Wondrous Creatures from the Census of Marine Life" is one of three books marking the Census' conclusion. "This is not an admission of failure.

"The ocean is simply so vast that, after 10 years of hard work, we still have only snapshots, though sometimes detailed, of what the sea contains.

"But it is an important and impressive start. “The sea today is in trouble. Its citizens have no vote in any national or international body, but they are suffering and need to be heard.

"Much has changed just in the few decades that I have spent on and under the sea, but it remains a wondrous and enriching place, and with care it can become even more so."