Ripley's Aquarium of Canada opened its doors to the public in Toronto yesterday.

At 12,500 square metres (135,00 square feet), it's the largest aquarium in Canada, boasting 5.7 million litres/1.5 million gal. of water and featuring marine and freshwater habitats from around the world, including kelp forests and tropical reefs, as well as exhibits from 'Canada's own back yard'. 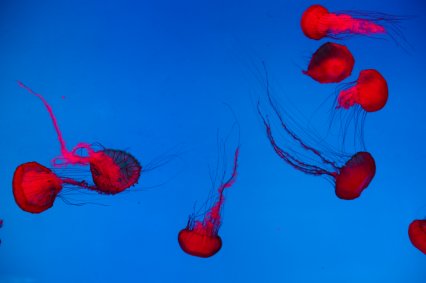 The Dangerous Lagoon features the largest tank in the aquarium at 2.9 million litres. It has an underwater tunnel and a unique moving sidewalk and includes sharks, sawfish, a moray eel and a sea turtle. You can also get a behind-the-scenes look at the aquarium's life support systems for Dangerous Lagoon and Ray Bay. 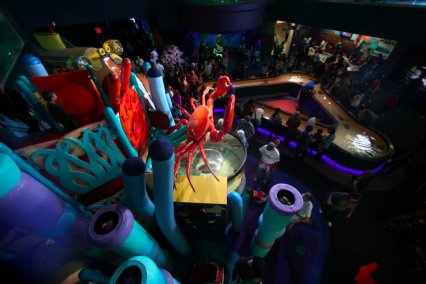 There are more than 100 interactive displays including three touch pools featuring horseshoe crabs, sharks, and rays, plus six play zones for children.

Ripley's of Canada says that the experience will incorporate a message of education, sustainability, and conservation so that visitors leave with a better understanding of what they can do to protect wildlife in their habitats.

Ripley's of Canada is located at 288 Bremner Boulevard (next to the CN Tower), Toronto ON, M5V 3L9.