A Fish Health Monitor is being trialled at Blue Planet Aquarium, to keep a constant check on some of its 4,000 fish and report back with any anomalies. Could we be seeing a version for the home aquarium soon? Nathan Hill reports.

Dr. Lynne Sneddon is a dark horse in fishkeeping. Academics will come across her name in various journals or at the seminars and lectures she attends globally. Everyday aquarists will know less about her. On the whole she keeps her head down, occasionally streaking out into the light with something that fundamentally changes the world of aquatics. The last time she emerged was when she revealed her work on nociception in fish — their ability to detect painful stimuli — and this time her appearance is no less exceptional. If you're not familiar with her, have a Google about. She has an impressive track record. 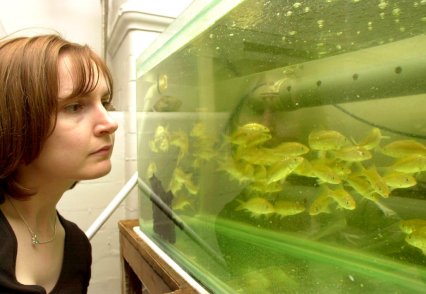 Currently she's being praised through various news sources — and now this one — for her latest innovation. It's a Fish Health Monitor (capitals intended — that's what it's called), designed to watch fish when there aren't people around to do it, and to report on any anomalies it spots.

How does it work? With two cameras and a computer, plus some customised software squeezed in there. The two cameras record what's going on in three dimensions, like some dystopian aquatic Big Brother, and feed back to a computer that looks for quirks in movement and behaviour.

By programming in the parameters for a normally behaved fish, the computer can assign health scores based on how closely the fish it's watching adheres to them. Sudden bursts of unexpected energy, brutal dashes, twitching, darting, or just staying still for too long can all be read and measured, and then notifications sent out should anything out of the ordinary emerge.

Dr Sneddon puts it so much more eloquently than I do, when she says: "The monitor uses non-invasive behavioural and physiological measurements to allow researchers and animal carers to accurately diagnose whether a fish is in pain or distress and to intervene accordingly."

So that's me told.

The system was originally designed for lab use, where it had advantages of time saving and accuracy over someone who'd have to be paid to sit there conducting an ethogram (which is boring as hell — I've been there).

For one, the cameras don't get tired, nor do they miss anything by being distracted (I'm guilty of both). For two, they tend to freak the fish out less, what with their staying in one position, all day, every day. Also, cameras don't ever roll up to work with a hangover, and tick the wrong boxes (also guilty).

It's now being trialled at the Blue Planet Aquarium, where it is hoped that it'll help monitor some of the 4,000 or so different fish living there. As I trust you can imagine, doing a daily check of each and every fish with so many can be quite laborious. I've worked in that sector before, and it made my heart sink when it was my turn to do the morning run of everything.

How much potential the idea has for home aquaria now remains to be seen. With the prices of webcams going down all the time, and with software for things like iPads pinballing about for pennies, I'll be amazed if some aquatic pioneer didn't seize on this as a concept. So much so that I've just emailed someone and told them to get on it.

Of course, there'll be problems in the domestic setting. Catfish fans could expect periodic updates throughout the day, amounting to 'your prize loricariid hasn't done a damned thing for the last eight hours' whereas owners of a tank filled with rambunctious mbuna can expect the software to have a nervous breakdown after an hour or so. As for mixed communities with fast and slow, skittish and bold, catfish, barbs, rasbora cichlids and gouramis — all bets might be off. 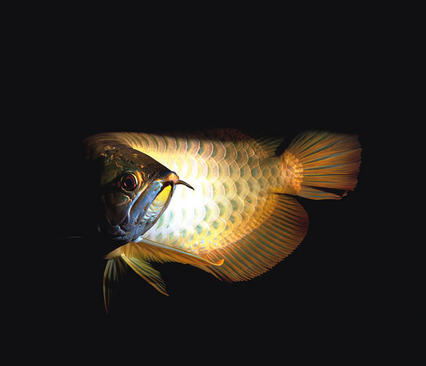 For the owner of a prize Arowana, with a value in excess of £5000, a heads up from such a device could be the (right) reason to upend the table during a boring office meeting, and race home to save the fish. It definitely has legs, just maybe not for all of us.

As a parting thought, it's safe to say we've finally reached the level of technology in fishkeeping where even looking at our fish is now a redundant activity. For a hedonistic, lazy mess like myself, that's tremendous news! Welcome to the aquatic nanny state!