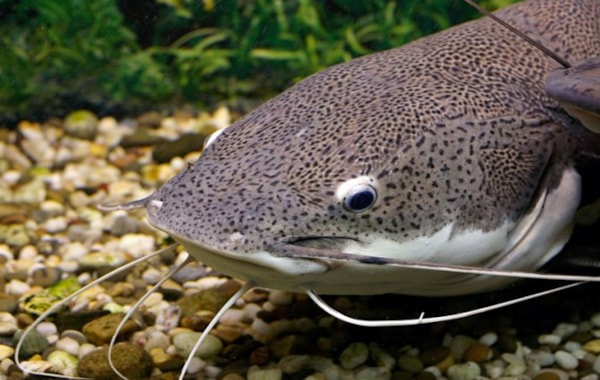 A man who was fishing in Lake Michigan had a surprise catch in the form of an eight-pound Red tail catfish.

The fish was caught in the Indiana lake at the weekend by angler Mike Durfee, and is thought to have been dumped there by a fishkeeper after it outgrew its aquarium.

This fish was just a tiddler, however. The world record for a Red tail catfish caught in its home territory in the Amazon is over 123 pounds, according to the report by the Indiana Department of Natural Resources (DNR).

DNR officals say that the fish would not have survived the cold temperatures of the lake over the winter, but reminded fishkeepers that it's illegal to release non-native fish, snails and plants into the wild.