Fista Filtration's managing director David Dunnett visited the PFK offices last week to give us a sneak peak of his products.

This small British company has been running since September 2008 when ex sign writer David could see a gap in the market for more reasonably priced acrylic products.

"I provide a totally bespoke service and can manufacture and supply fish tanks up to size 84” L x 30” H x 24” W all in acrylic," said Dunnett. 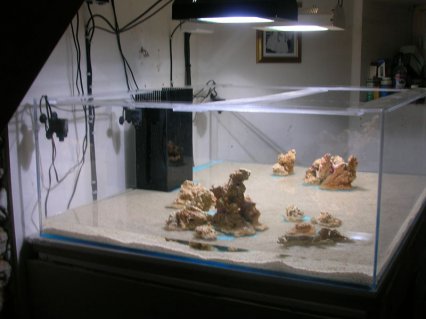 "I can also manufacture and supply PO4 reactors, nitrate reactors (double units) and Zeovit reactors, both in-sump and hang-on."

"I'm currently working in conjunction with Tropical Marine Centre (TMC) and have produced a prototype light holder unit for the Aquabeam 1000." 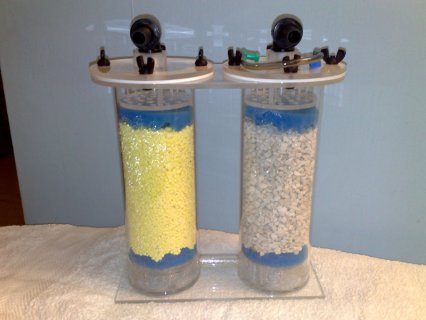 "The light holder unit was shown at an open day they held at TMC and will also be shown at an Interzoo in Germany in May 2010."

"I've provided a proto-type skimmer for ITC Aquatics, and I have been commissioned by Christina Wright of Appyfeet who is the owner of the first unique Dr Fish footspa/treatment design which uses the fish Garra rufa." 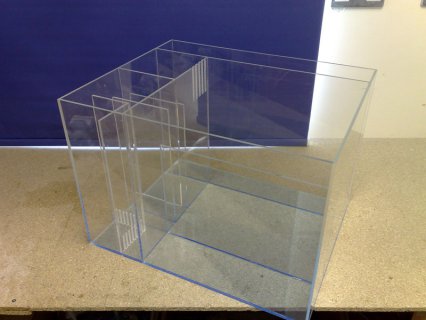 "Christina’s idea has recently been featured on the Alan Titchmarsh show and the One Show and my tanks were used on both shows."

"I have also been approached by Aquarium Cabinet Solutions (ACS) to come up with a range of nano tanks which I would supply to them for their bespoke cabinets." 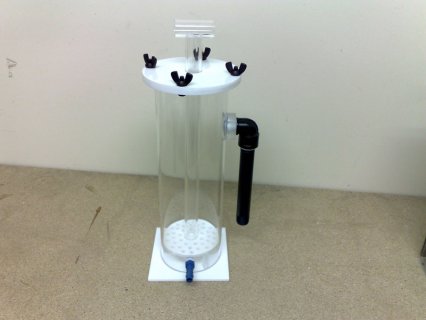 "I've made two new nano tanks so far, the first is “Illusion” and the other is “Compact”. Both tanks come under my Sea Breeze range and I'm working on others."

"I was also commissioned to make a nano zeovit tank to a client’s own design and I understand that there is currently no one making an all purpose zeovit tank." 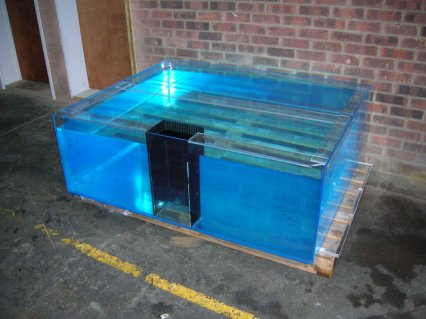 "As the zeovit system is not widely used, I have made a nano tank for myself using the this system to test it out."

"My tank has now been under test for 2 months and as someone who has kept fish and corals for over 20 years I can honestly say that this type of system does produce very good results." 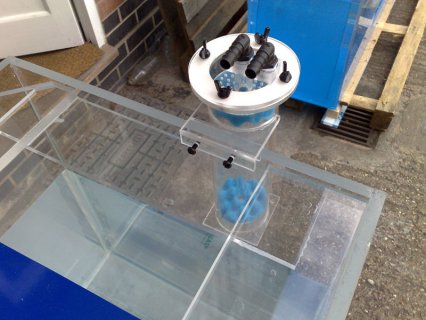 "The colouration of the corals is much more vivid and the algae problem is virtually eradicated. Of course this type of system is a little more time consuming than your standard set up but the results are well worth the extra time spent."

Sumps, trickle filters and refugiums are also built to order.