Quite literally! Heiko Bleher introduces the Salamander fish, which has some quite extraordinary neck-bending abilities! It also has a unique method of reproduction...

Fish don’t turn their heads like birds or humans — or do they? A couple have limited movement, like the South American predator Rhaphiodon vulpinus, which can bend its neck slightly upwards, and the Polypterus can turn the front of their bodies slightly sidewards.

But there is a fish that can actually turn its head – the Salamander fish, Lepidogalaxias salamandroides! To see this for yourself, check out the amazing video below:

The biology of this amazing fish was described by the Dutch Mees in 1961. It was studied extensively in the 1980s with several scientific papers published. It has been placed in a family of its own, Lepidogalaxiidae, and is only found along a few km in the extreme south-west of Western Australia.

Recently I studied it in its natural habitat when I joined Sven O. Kullander to research the Northcliff region of this remote southern part of the country. 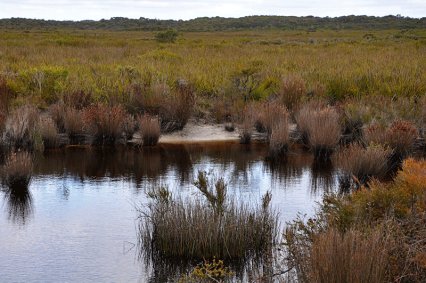 We were only able to find the Salamander in temporary pools that appeared after rains.

The Salamander fish burrows into the sand to escape the desiccation of its habitat once it dries up and reappears almost immediately after a rainfall. It had rained just the night before, so we were very lucky.

Lepidogalaxias has a robust, wedge-shaped skull and, combined with its flexible vertebrate column and the second protective eye-layer, facilitates fast and safe burrowing into the sandy substrate where they produce a mucous cocoon around themselves and aestivate until it rains. When the water soaks into the ground, the cocoon softens up and they dig their way up and into the water.

Because of its restricted distribution this fish has been placed in the Australian Society for Fish Biology list as endangered and categorised as "restricted". 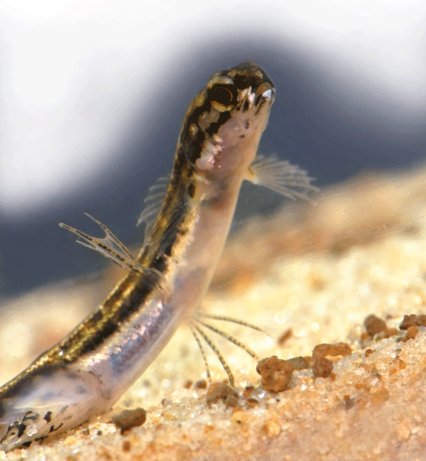 Reproduction in nature should be between July and September, but we found 8-12mm/0.3-0.5” babies at the beginning of June.

Maximum total length recorded is 7.5cm/3” for females and 5.5cm/2.2” for males, but ours were smaller. Main nutrition is Diptera larva, Trichoptera, Cladocera and Ostracoda. They also take Artemia naupili.