One of Yorkshire's most active clubs is the Sheaf Valley Aquarist Society (SVAS), which held its annual Open Show on Sunday, October 19.

Formed in 1973, this Sheffield area society is often innovative and always well attended.

Its eighth Open Show was held for the third year at the Rockingham Centre in Hoyland Common (near Barnsley). Built in 2010, this ultra-modern low carbon usage centre has ideal facilities for the club’s Open Show and auction.

Judged to YAAS standards, the top awards are the Best in Show and the Best Exhibit. These were chosen from the 233 entries by 27 exhibitors from clubs such as SVAS, Ashby, Castleford, Corby and Preston Aquatic Societies and the specialist groups like Fancy Guppies and Anabantoid Association of Great Britain.

The Best in Show was a Leiocassis hosii bumblebee catfish owned by Roy Blackburn of Castleford AS. This fish has also won other awards due to its perfect shape and size. The SVAS does not give trophies or cups, just a document award. 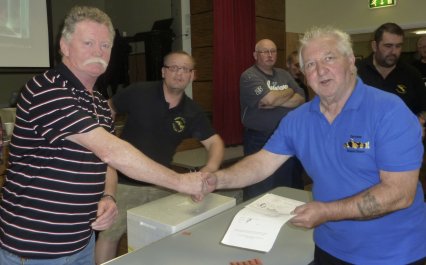 From the left is YAAS Steve Jones with SVAS Chairman Jamie Horne and Roy Blackburn with his award. 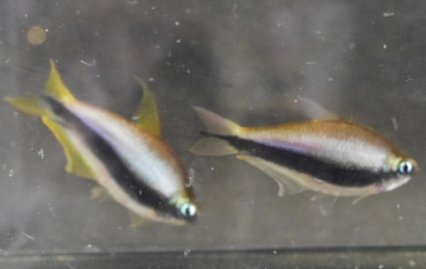 Best Exhibit from the Pairs Class was a pair of Emperor tetra, Nematobrycon palmeri. The owner is Jim Haworth, another Castleford AS member, pictured below right. 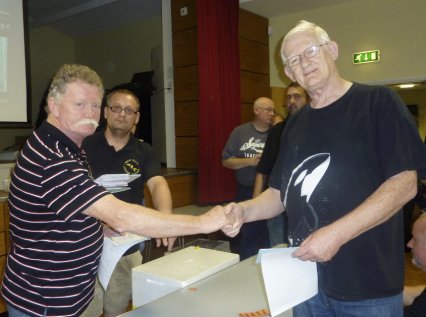 The auction lasted four hours, ably conducted by SVAS’s Alan Nortcliffe, and many bargains were taken away.

Hot and cold food was available all day, plus the traditional raffle. Several commercial stalls were present: Fishphilosophy sold a range of accessories and Slate Caves had a range of hideaways for fish and inverts, custom made to order.

SVAS’s latest innovation is an active Betta group and it invited The Aqua Factor from Brixworth, Northamptonshire to offer its range of Betta splendens imported from Vietnam and Thailand. The display was a special Betta unit with filtered water drip fed to each individual minitank, with LED lighting.

The Betta theme was continued in the Open Show with over 30 entries in that Class. The Best Betta (pictured at the top of the page) belonged to independent owner Jason Goben.

Just a few of the splendid Betta at the SVAS OS can be seen below, photographed by SVAS member Chris Englezou. 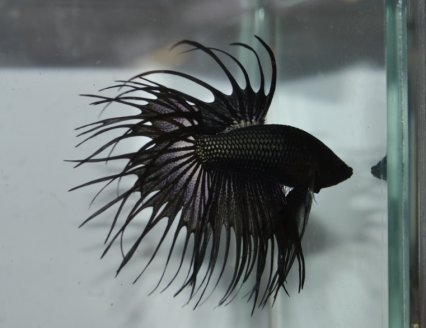 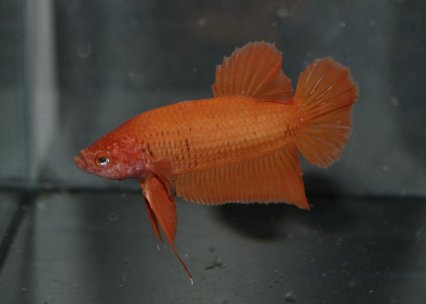 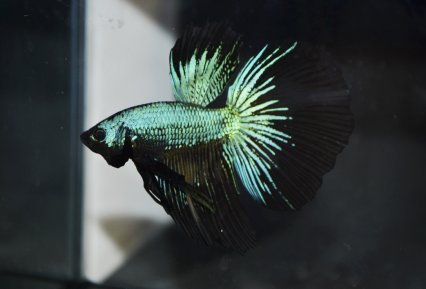