Terry and Shirley Nelson of Ashby Fishkeepers Society have received a special award for 1000 Firsts at Yorkshire Association of Aquarist Societies (YAAS) shows.

The award was presented by Ray Stansfield of Bradford & DAS at the annual ‘Friends of Yorkshire’ Open Show and Auction by YAAS at Stockton on the Forest Village Hall on Sunday, August 13, 2017. The Nelsons said it was a lifetime’s achievement for them — they have been committed aquarists for 40 years and attended every YAAS show, winning badges for 25, 50, 100 Firsts — but a special trophy had to be made for that 1000.

Just to add to their success, they also won the Best in Show with this Metriaclima lombardoi, with 85.7 points from the 205 entries at the Open Show. That was award number 1001!

The judges were Trish Jones, David Marshall, Mick Price and Edward Cheetham, of the YAAS. As always, Steve Jones of YAAS was the auctioneer and an audience of more than 40 attended to buy the usual aquatic bargains. 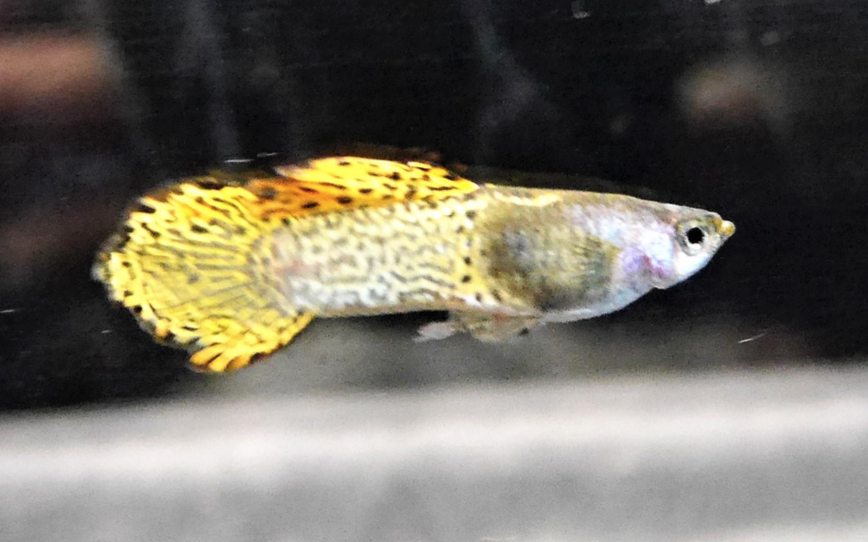 It is also a tradition for the Fancy Guppy UK to hold a leg of the Fancy Guppy League at the YAAS show, which took place in a separate hall with FGUK judges Tina Smith, Carl Stewart and Stan Collinge. This was their 5th Leg for the 2017 Showing Season and it was Stan Collinge who achieved the top award of Best Guppy with his Spade Tail Moscow Snakeskin.

Traditionally the YAAS also awards ‘The Best Exhibit’ in the Pairs classes. Kerry Hardy of Sheaf Valley won this award with his matched pair of Cuban livebearers, Girardinus falcatus, with 85 points.