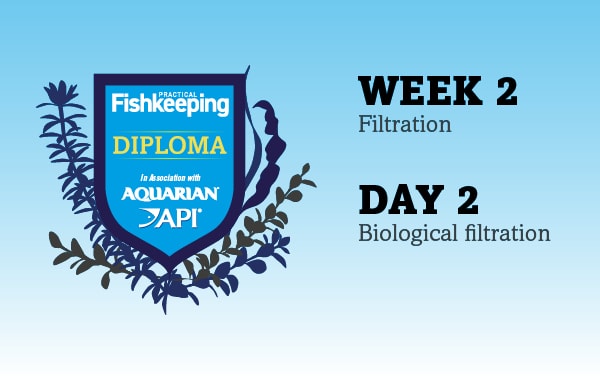 Here's the second of a five-part series of lessons to guide new aquarists through the basics of fishkeeping. 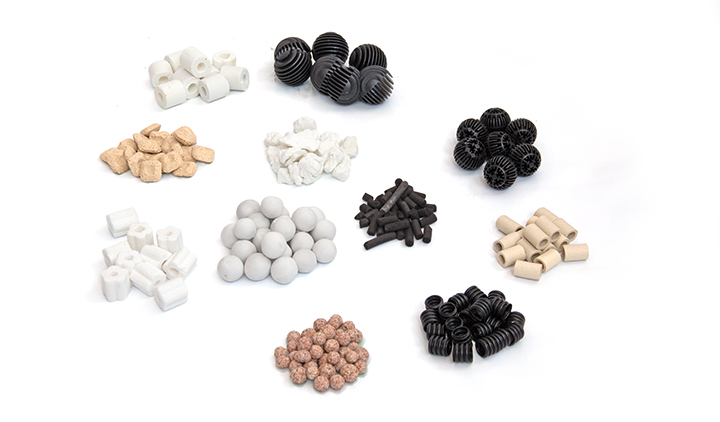 Biological filters are designed to control dissolved pollutants, such as ammonia and nitrite.

Often, the way that a high surface area is achieved is through porosity — the addition of tiny holes or pores. Imagine painting two equally sized and solid bricks. The first has a completely smooth surface, while the second has been drilled in to hundreds of times and is covered in deep holes. The second cube will require more paint to cover the insides of each of the holes. The same applies to filter media — the increased number of tiny holes it has, the greater its surface area. 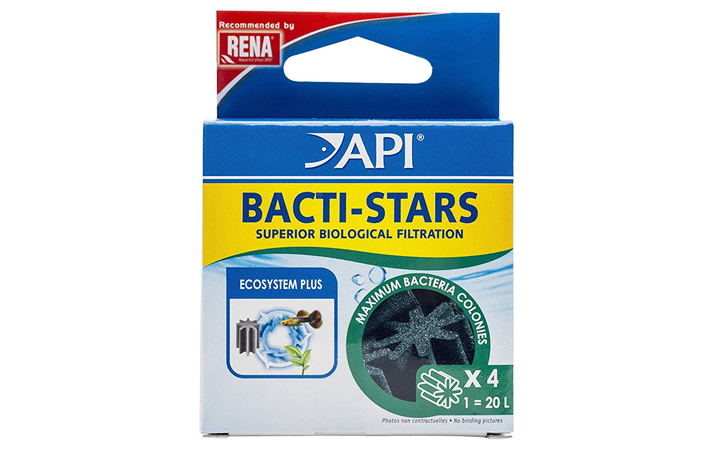 Any surface in the aquarium can become biological, as long as it fills the necessary criteria for bacterial growth. These criteria are:

Access to oxygen – the conversion of ammonia by bacteria requires abundant oxygen. This means that a suitable biological filter requires ample flow through it.

Access to a food source – the bacteria need to be able to access all the ingredients they need to convert wastes.

Exclusion of light – most bacteria involved in controlling aquarium wastes require dark places to grow, away from the harmful UV radiation found in natural and aquarium lighting.

In some rare kinds of filter, the bacteria may require a complete absence of oxygen. This is the basis of anaerobic filters, which exploit bacteria species that utilise the oxygen component (O) of nitrite (NO2) and Nitrate (NO3). They can be difficult to maintain, usually require a difficult to dose (or outright dangerous) additional food source (such as carbon) and can produce highly toxic chemicals if used improperly.

Biological filter media is ‘protected’ by mechanical filters, which is why optimal filter designs place foams and sponges before biomedia. Mechanical filters, by trapping solid waste, stop biological media from being smothered and suffocated. If biomedia is covered in muck, there is no space left for the bacteria to colonise, and the conversion of waste is severely restricted.

Because foams and sponges used as mechanical filters have a high surface area to volume ratio, they often act in both biological and mechanical roles. These are not always best for biological filtration. The frequent cleaning required for mechanical media types will affect the amounts of bacteria growing on their surfaces.

Water flow always takes the clearest route from point a to point b. As biological filters become dirty, water will pass around them, or through a limited, clear route. Because of this, the amount of media receiving flow (and subsequently oxygen and food) is reduced, in turn affecting the filter’s efficiency. 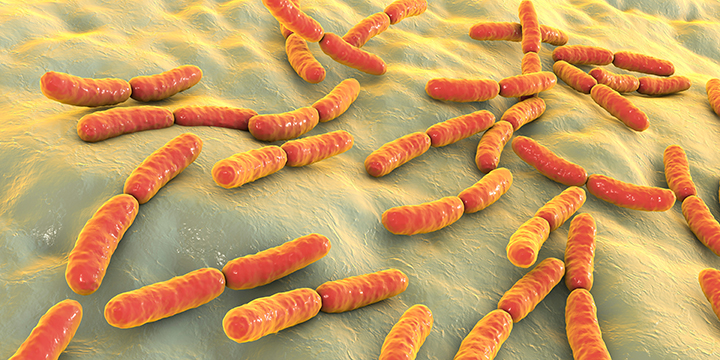 Aquarium bacteria are roughly divided into heterotrophic and autotrophic strains. Heterotrophic bacteria can utilise organic carbon as a food component, which means that they will convert organic matter, such as uneaten fish food.

Autotrophic bacteria (in aquaria, we specifically rely on a type known as chemolithoautotrophs) cannot extract carbon from organic matter, and instead use carbon dioxide (which will naturally occur in the water around them) to convert wastes.

By comparison, heterotrophic bacteria in aquaria can double their population as quickly as every 20 minutes. That means that in the same time it takes one Nitrosomonas to become two Nitrosomonas, a single heterotroph will have divided into a population size of around 35 trillion.

The biological filter bacteria that colonise a filter are known as nitrifying bacteria.

Biological bacteria are most efficient when they have access to high oxygen levels, which is why adequate flow is essential to maintain them.