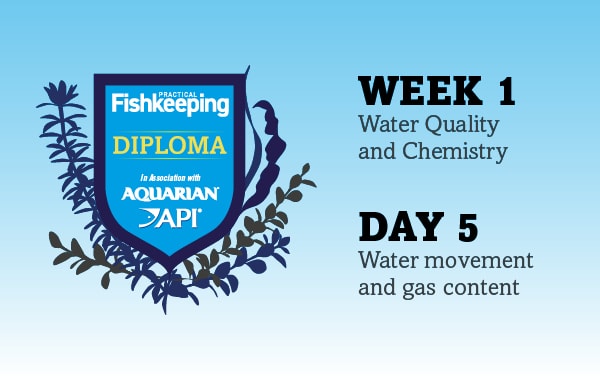 Here's the last lesson of week one of the Practical Fishkeeping Aquarist Diploma. Next week, we cover filtration. 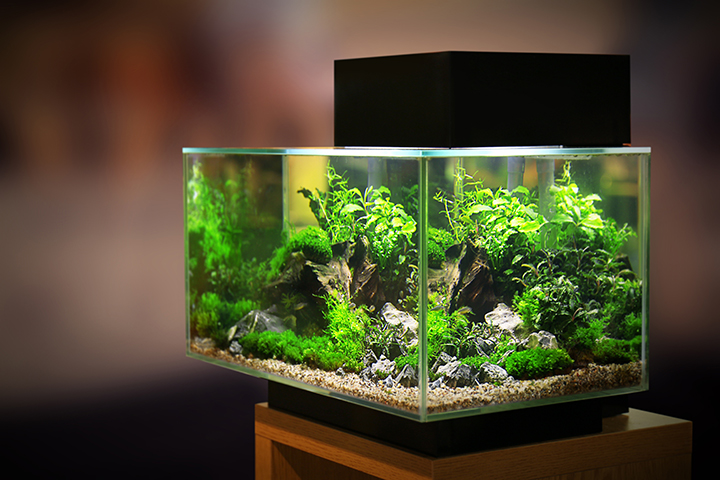 Water has the ability to absorb and release gases, through any water and air/gas interface.

Of the different gases, the most important for keeping fish alive is oxygen, O2. Oxygen is essential for fish ventilation, and without it they will suffocate.

Oxygen is less readily available in water than it is in atmospheric air – 1 litre of freshwater contains around 5% of the amount of available oxygen that 1 litre of air does. Specifically, one litre of water at 0°C contains 14.6mg of O2.

Oxygen is depleted in aquaria by:

Respiration of plants at night.

Ventilation of fish and other livestock.

Oxygen is replaced in aquaria by:

Photosynthesis of plants during the day.

Gaseous exchange at surface of tank.

We call the process of introducing oxygen to a tank ‘aeration’. 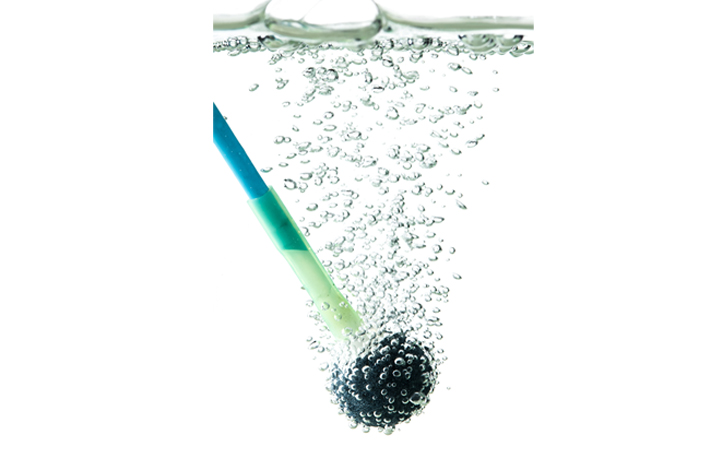 Water movement is vital in bringing deoxygenated water from the bottom of the tank to the top of the tank, where it can be replenished with oxygen.

Bubbles from an airstone powered by an airpump help to lift water from the bottom of the tank to the top, but the bubbles themselves impart only a tiny amount of oxygen to the water. The resulting turbulence at the tank’s surface is what causes gas exchange.

Oxygen can be difficult to monitor, but water test kits and oxygen probes can be used. In order to calculate oxygen volumes, you must also know water temperature.

At 25°C, freshwater can normally contain up to 8.2mg/l oxygen. While the exact amounts required to sustain life vary between species, OATA guidelines suggest that 6mg/l at 25°C is the minimum desired level.

Note that saltwater can contain less oxygen than freshwater, and so becomes saturated sooner. 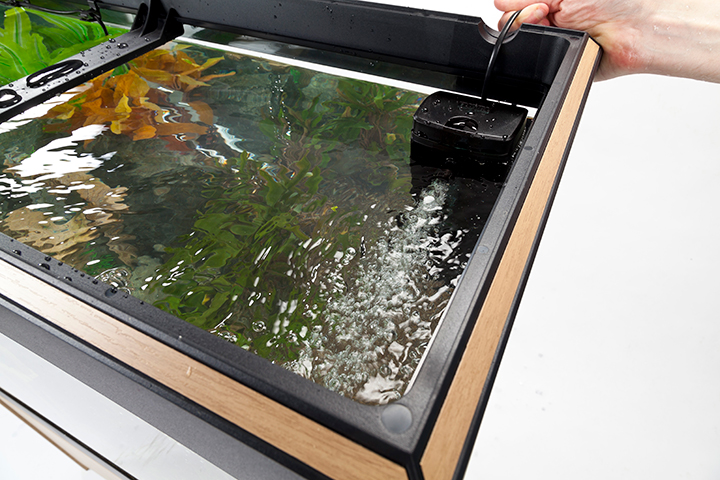 Other gases may be present in the aquarium, mainly carbon dioxide, CO2. Carbon dioxide is a product of respiration in plants and fish, and is highly toxic at elevated levels.

Carbon dioxide is highly soluble, and in water it contributes to carbonic acid, which can affect the pH of a tank. Tanks with excess CO2 become acidic, and this can be measured either with a pH testing kit, or by the use of a drop checker in the aquarium. 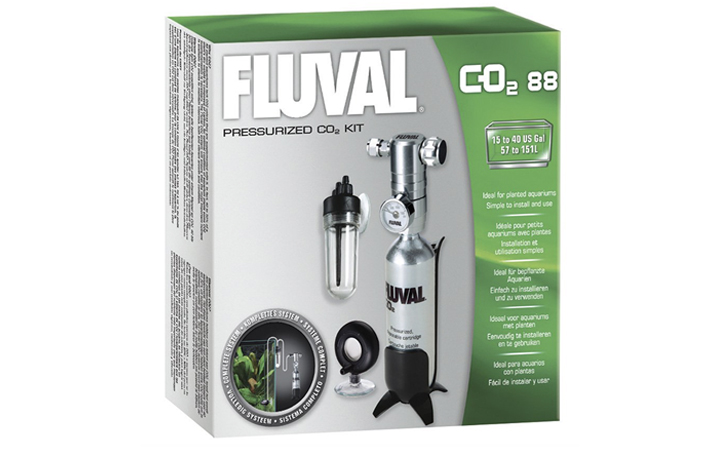 Excess carbon dioxide in an aquarium where it is not being injected can be caused by:

Overstocking of the aquarium.

Excess respiration by plants (this can happen at night in heavily planted tanks).

In tanks where carbon dioxide fluctuates throughout the day, a pH swing from acid to alkaline between day and night may also occur. This can be rectified by adding aeration when aquarium lights are off and plants are respiring.

All gas exchange can be impeded by a lack of airflow around the aquarium, and/or excessively tight aquarium canopies that do not allow air in or out.

That’s it for week one. Next module: Filtration