Why did these loaches bully my catfish? 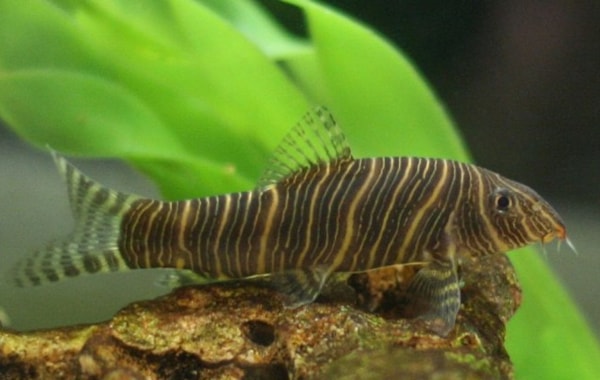 Bob Mehen advises a PFK reader who recently had a bad experience with some Zebra loaches...

Q. I have a 60 l/13 gal, aquarium, densely planted with Cabomba and Vallis, decorated with bogwood and a sandy substrate.

My tank houses six Corydoras, three Clown loaches (which are to be transferred to a bigger tank when they grow) and a very well behaved small Red-tailed black shark.

Ammonia, nitrite and nitrate are all perfect.

I recently came across some Zebra loaches (Botia striata) and decided to buy two. I was told that they would shoal with the Clown loaches and would stay relatively small at 10cm/4". A few days after release I noticed that almost all the Corydoras had ripped fins and I witnessed the new loaches harassing and 'sucking’ at the sides of both the Clown loaches and the Corydoras.

We returned them to the shop, which could not have been more helpful and said this was unusual for this species. I knew that they shouldn't be kept with slow-moving fish but are corys considered slow species? I would one day like to house both Corys and Zebra Loaches together, would this be feasible?

A. As you have discovered many Botiid loaches can be nippy fish that will pester other species they’re kept alongside if you don’t pick their tank-mates with care.

In many cases this is less to do with outright aggression and more to do with their own species complex hierarchy, which rather like the ‘pecking order’ in a group of hens is constantly being tested by lower ranking fish and enforced by higher ones.

When kept alongside other fish that share the same area of the tank they sometimes seem to try and bring other species into line with their own boisterous pecking order, occasionally with fatal results.

Corydoras are slow-moving, peaceful South American fish that would never naturally come across these Asian loach species and in cases such as yours this is where problems start. Split fins from nipping and stress from constant harassment by the loaches can lead to a rapidly loss of condition often followed by disease or death, so you did the right thing in taking the problem loaches back to the shop.

This behaviour can sometimes be lessened by keeping the loaches in large groups and I’d never recommend keeping any of these fish in groups of less than five, however I’d not recommend keeping Botia striata or any of their relatives with Corydoras as it’s not worth the risk. If you have space then a larger group of 10+ of these would allow you to see more of their fascinating natural behaviours while helping lessen any potential aggression.

Finally you mention getting a bigger tank for your Clown loaches which is a high priority. These lovely fish are one of the most mis-sold species in the hobby. With a potential adult size well in excess of 25cm/10" and the same requirement of being kept in large numbers if you are not able to get them a tank of with a foot-print something around 180 x 60cm/6'x 2', then I’d recommend re-homing them now while they’re small. There are far too many lonely, stunted Clown loaches out there already.