Your hobby needs you! 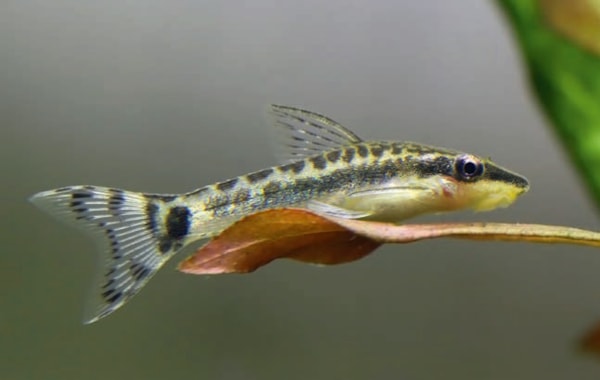 While we’re fretting about masks and handwashing, a more subtle threat looms for the aquatics industry. Thankfully, it’s something the home aquarist can help with...

How good are you at being an ambassador? For the sake of the industry, and for the continuation of the hobby, I have a favour to ask. Shout about fishkeeping from the rooftops. Extol the many virtues of a home aquarium. Spread the word. It’s a cliche, but I’ll punch it out anyway — your hobby needs you.

Right in the wallet

The long-term ramifications of Covid-19 are becoming all the more apparent. I’m hearing horror stories of livestock prices being hiked as transport costs increase and livestock supplies dwindle.

£8 for an Otocinclus? That’s a reality in some stores now. Guppy prices doubling, Neon tetras trebling. Not everywhere is doing that, of course. Some stores are trying to absorb the cost where they can, but they can only do it for so long.

End of the noob

Price hikes are a real impact felt by all of us, but what nobody is addressing is the danger that is the culture shift. The ‘new normal’ of the way that we consume is a slow acting venom that’s working its way in to the very arteries of aquatic retail.

I’m referring to the newcomers, the life blood of this industry. The ‘noob pound’ is exceptionally valuable to stores, and each additional aquarist to join the hobby is a potential for hundreds, if not thousands of pounds in revenue for a trader.

I read some years ago in a survey of the hobby that the majority of newcomers were previously naive to fishkeeping until they visited an aquatic store. This is something that hasn’t been wasted on the stores that inhabit garden centres, and some have created mighty empires on the back of it. Garden centre shoppers are browsers, folks of leisure who enter aquatic stores out of curiosity. Once inside, a seed is sown.

‘That would look nice in the living room,’ they say to receptive spouses as they admire some planted display with bright tetras and cute Corydoras. They engage the staff, whose role it is to then convert that curiosity into a hobby investment, with all of its associated spending.

If I recall the survey correctly, browsers accounted for over 80% of people joining the hobby. Few people wake up in the morning and have a breakfast epiphany, barking ‘I’m going to keep fish today!’ as they spit cornflakes over the table.

Now add the ‘new normal’ into the equation. We’re told that queuing for entry will be the default for the foreseeable. Aquatic stores have become a one-way system. Enter, buy what you need, don’t dawdle, get out and let someone else in. In the space of a single government mandate, we’ve shut out the potential browsers.

That puts us all at risk of suffering from a ‘missing generation’. The financial burden of just one year without a single newcomer could easily tip the whole aquatic industry.

A lot of shops have their backs to the wall. Folks are still leaving the hobby, meaning that retailers over coming months will be competing for a dwindling customer base. If prices stay high, margins stay low, and stores are forced to be more aggressive with each other just to stay alive, we’re going to see a lot of them falling by the wayside. Some already have.

Now is the time to make your hobby more public than ever. Show off your tanks, and not to other hobbyists. Be proud of what you do, and infect others with your enthusiasm. Convert a cousin, convince a work colleague. Tell everyone how great fishkeeping is, and then tell them how to do it. Right now, more than ever before the hobby needs representatives.