Will my fish grow to the size of its tank? Wondering if your fish will grow to the size of its tank? Read on...

Short answer — usually no, sometimes yes, but if it does then the fish will almost certainly be in terrible health.

If you own a big fish in a small tank and you came here looking for reassurance, it’s bad news, I’m afraid. If you’re here because you’re harvesting information before you pick a fight with someone keeping big fish in small tanks, then you’re going to love it.

Here’s what you need to know about fish (not) growing to the size of their tank.

Key points about fish that grow too large for their tanks (for people who don’t want to read the whole thing). 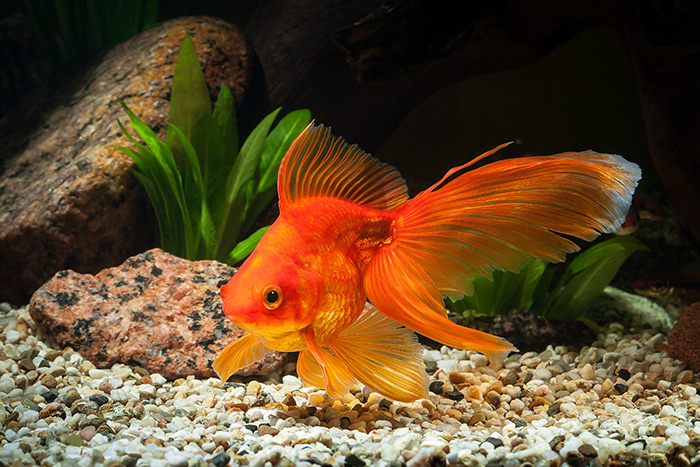 Caption: Goldfish should live to 20 years.

There are no ‘bonsai’ fish.

Some fish, such as the common or garden goldfish, have been known to substantially slow their growth rates as they age, giving the impression that they have grown to the size of the tank. Such fish are almost always suffering from severe physiological ailments. However, most do not slow their growth rates down — often it is the most neglected and stressed fish that do this.

In many cases, a fish will simply die before it can physically outgrow an aquarium. This is especially true of goldfish, which may reach some three or four years of age in a tank, growing to a modest size and then dying. The catch here is that most people simply do not know the average lifespan of a healthy goldfish. 20 years is easily attained for a well-kept fish. Tell the typical new (or casual) hobbyist this and their jaw will drop in awe.

A goldfish reaching four years of age and dying is the opposite of a success. What has likely happened to this fish is that it has reached a size whereby it is producing so much waste that the filtration in its tank can no longer cope. The fish has poisoned itself on its own waste and died what looks like a ‘natural’ death of senescence. Alas, it hasn’t, but without a reliable post-mortem analysis the fishkeeper will be none the wiser. 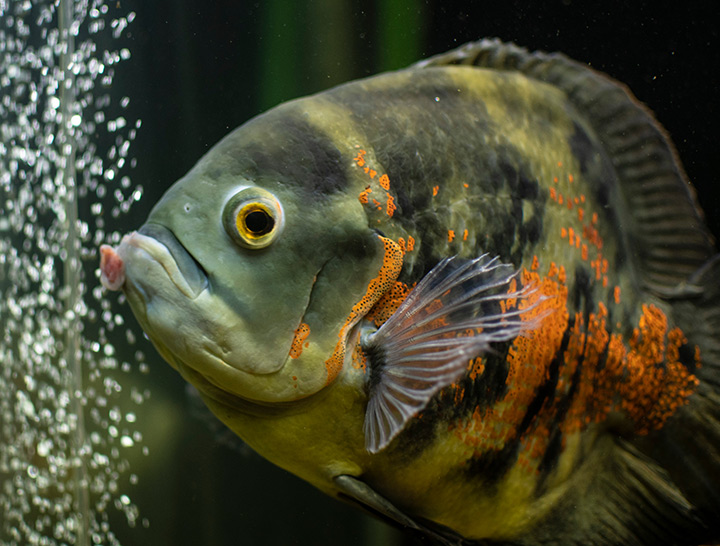 Caption: Some fish only look healthy on the outside.

That’s not good though. An inactive fish starts to develop a fatty liver, and that upsets further hormone production, leading to slow growth but high fat retention. In a word, your fish starts to get obese. It might not show in the same way as human obesity, bulging the fish’s midriff — though it can do over time. Rather, fat starts to build up around vital organs, causing all sorts of chronic health issues.

This was possibly the most common finding in fish I used to autopsy, where the fish in question had died unexpectedly. Open up a big fish from a small tank and it is brimming with ‘bad’ fat. 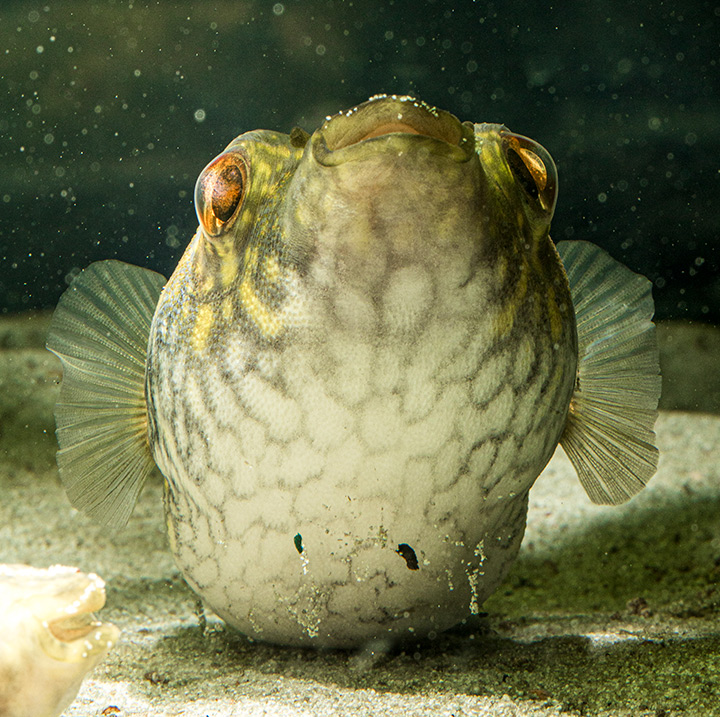 As always, there are exceptions to the rule. The symptoms I describe above are going to be more common on active, migratory type fish. Any fish that normally covers miles in a day is going to struggle to put in the finwork to stay trim in an aquarium.

Then there are the sedentary fish. Fish like Congo, Pig-nosed and Humpback puffers that will sit in the substrate all day awaiting a meal and then bury themselves again. They might not move for days. But that isn’t to say that sedentary fish won’t outgrow a tank. They do, frequently. They just tend to do it more slowly. 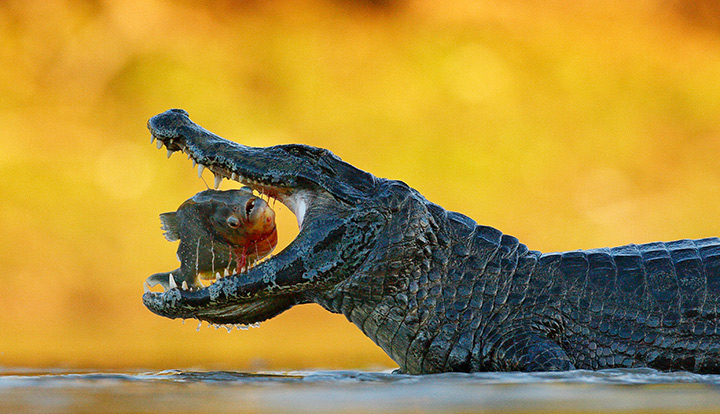 Add stress to the equation…

A big fish in a small tank is going to experience chronic stress, and that’s going to make your fish’s stunting and health issues worse.

No animal likes to feel trapped, especially an animal that knows its very existence is a bird or crocodile’s lunch option. That’s why so many four-legged creatures wriggle like crazy when you try to pick them up — they want to be able to run to safety at the first hint of trouble.

The same applies to most fish. They like to have space to flee to in case a predator turns up. When they feel trapped, they start to produce the chemical cortisol. They’ll also start to produce cortisol as water quality declines, which it will inevitably do if you have a big fish making a lot of waste in a small tank.

Cortisol is the fight or flight hormone. You’ll have experienced it yourself when something terrible happened in your life. Remember that time when you had zero appetite and were hyped up with nervous energy like you just had to do something? That was cortisol.

Your overgrown fish is likely feeling something a lot like that sensation all of the time. The cortisol it produces makes the body release lactose and glucose into bloodstream, giving it the fight or flight energy that comes with being stressed. While the fish is releasing that glucose, it’s lowering its immune system, stunting its growth and piling on even more unhealthy fat.

As a final insult, that cortisol interrupts the body from producing somatotropin and other growth hormones, making that stunting and obesity all the worse. 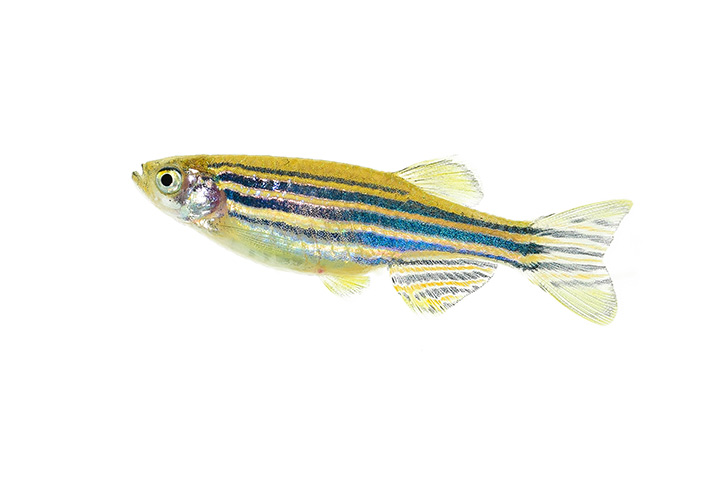 It is sometimes said in true ‘man in the pub style’ that fish growth is slowed down when the water isn’t changed in their tank.

There is some truth to this. We know that Danios and other cyprinids have slower growth rates when their water isn’t changed frequently.

This is due primarily to the build-up of ammonia salts in the water. Ammonia salts are released by fish as a part of their metabolism, and it is a type of pollutant. Yes, while it is present it will slow growth rates. But while it’s present it is also degrading the fish’s physical condition and wiping out its immune system. It is not a good trade off. 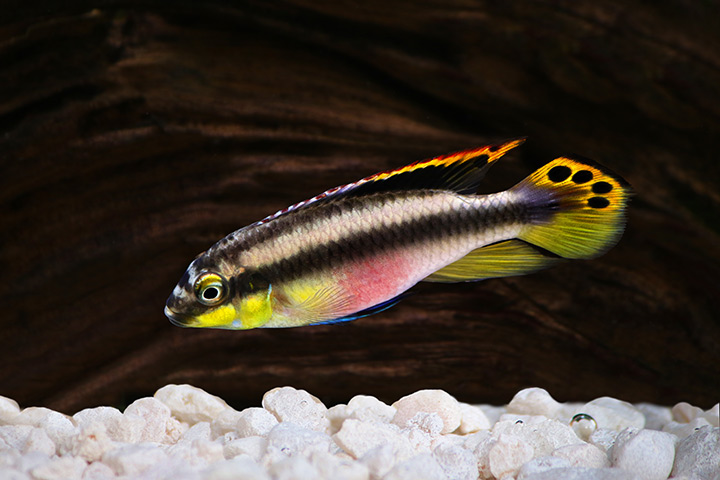 How big a tank is needed?

Let’s assume you have a rectangular tank.

For most fish, the old rule of thumb was a ‘six times’ rule. That is to say, the front pane of the tank should be six times the length of the fish, at least. So, for a 10cm fish (something like the average Kribensis), a tank of 60cm long would be fine.

The catch with the six times rule is that it doesn’t really take activity levels into account. A 60cm tank is room for a Kribensis with its slow activity, but how about a 10cm River trout, Barilius? Here, the old equation comes crashing down as the fish needs something at least twice that.

For the modern age, you need to consider the full adult potential of the fish, and its activity level.

For sedentary to mildly active fish like, you want a tank of at least six times the length of the fish.

For fish that actively grub around, like Denison’s barbs, you want to provide a tank at least twelve times the length of the fish.

This needs to be factored in along with the six-or twelve times rul. For example, a slow-moving fish of 30cm, such as an adult Oscar, will need a tank of 180cm long (six times length) and 60cm (double length) wide. 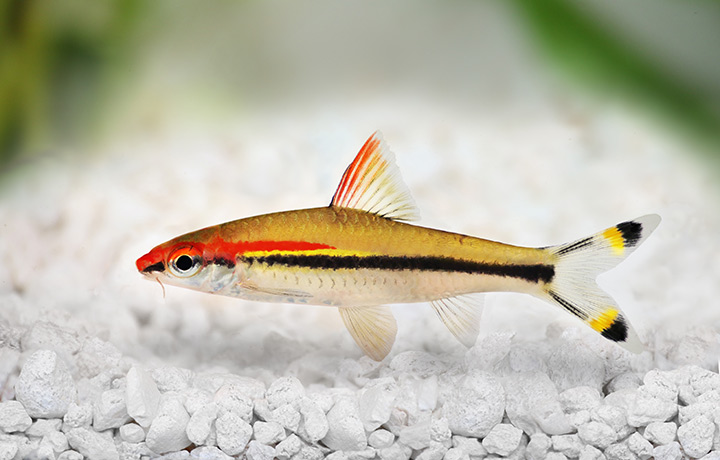 And that’s what you need to know about fish growing to the size of the tank. If you’re here to harvest information to go pick a fight, now is your moment to go shine. Go, save a fish from an existence of sulky, short lived misery. Go be that fishkeeper.