Where in the world: The Congo river Winding 4,700 km/2,900 miles through West Africa, the Congo is the second longest African river, after the Nile. Flowing through the world's second largest area of rainforest, the system is also home to more than 700 species of freshwater fishes.

Three species of African lungfish are known from the drainage and all grow to about 1m/39” or more. Very aggressive and prone to biting tank mates, these are best kept alone. Like many lungfishes, Protopterus are long lived and plans to keep one should be made for the long term. 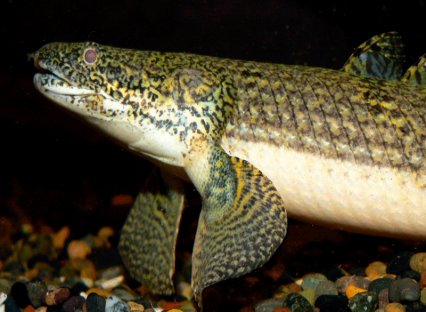 The Congo drainage is home to ten species of bichirs. Many here have a mottled pattern on their bodies, with Polypterus ornatipinnis the most colourful species. Like many other polypterids, the river’s Polypterus will eat smaller fishes and should only be kept with medium to large tank mates. 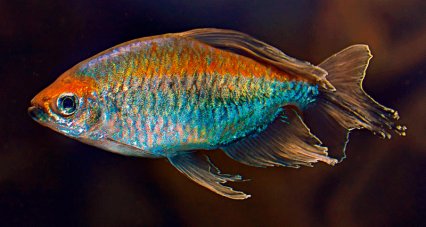 The characiform (tetra) fauna of this drainage is diverse, with about 100 species. Even so, many never make it to the aquarium trade. One notable exception is the iconic Congo tetra (Phenacogrammus interruptus). Moon tetras, such as Bathyaethiops breuseghemi, are much more rarely encountered. 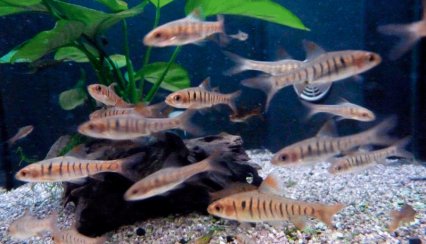 The smaller cyprinids of the drainage, such as these Barbus fasciolatus, make colourful, peaceful additions to the community tank. These diminutive fishes are best kept in groups of eight or more in the aquarium. Other cyprinids from here are not as commonly encountered, although Labeo cyclorhynchus is occasionally imported. 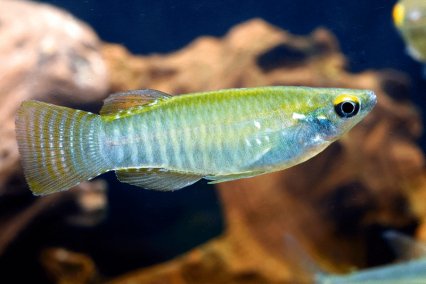 More than 50 species of livebearers in the families Notobranchiidae and Poeciliidae are found in the Congo drainage, although many more undescribed species are expected here. Many of the killifishes in the genus Aphyosemion, such as A. cognatum, are not easy fish for the beginner to maintain. 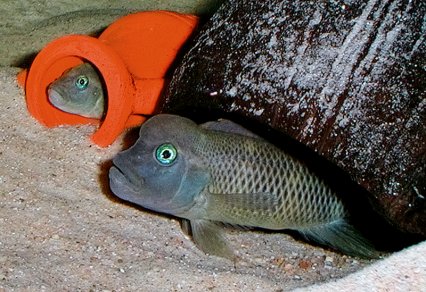 The Congo has more than known 80 species. Blockhead cichlids of the genus Steatocranus are associated with fast-flowing, turbulent stretches of the lower drainage, although they inhabit the quieter stretches. They spend most of their time on or near the substrate, swimming with a characteristic hopping motion. 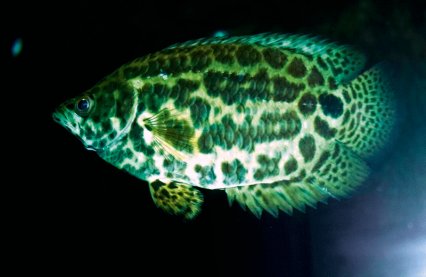 More than 15 species of anabantoids in the genera Ctenopoma and Microctenopoma come from the drainage. The most commonly available is the Spotted climbing perch or Leopard bushfish (Ctenopoma acutirostre). Although not overtly aggressive, it is still capable of eating smaller fishes, so choose tank mates carefully. 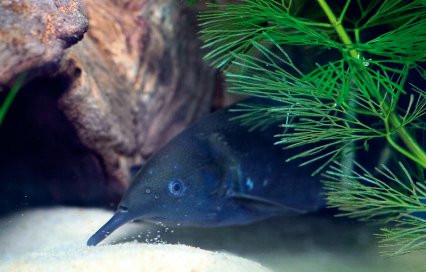 The weakly electric mormyrids are not frequently encountered in the trade, save for Gnathonemus petersii. One from the drainage that may be occasionally seen is Campylomormyrus tamandua.  Like many mormyrids, these are best kept one to a tank, although are peaceful enough to be kept with most other non-electrogenic fish. 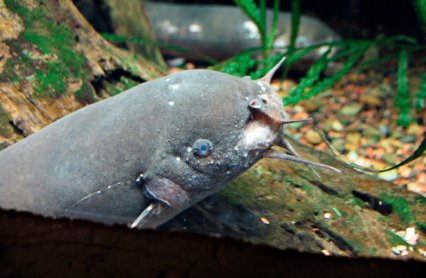 Seven species of electric catfishes in the genera Malapterurus and Paradoxoglanis are known from the Congo drainage. They are not easily distinguished just by a cursory examination and it is likely that electric catfishes imported from this part of Africa contain several species. 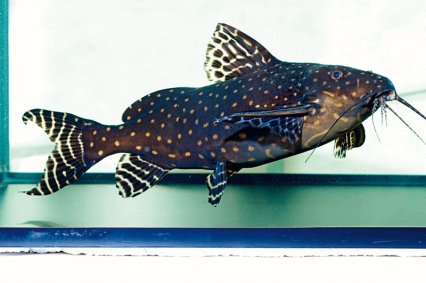 There are about 200 species of catfishes in the drainage, making it one of the most diverse groups of fishes here. Along with Synodontis, dwarf giraffe catfishes in the genera Anaspidoglanis and Parauchenoglanis are most commonly encountered in the trade. These moderately large claroteids do well in set-ups of medium-sized fishes. 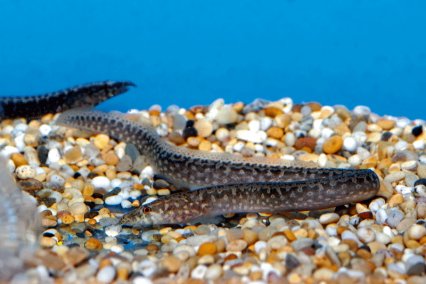 The Congo drainage is home to 18 species of spiny eels. These are much less commonly encountered than the Asian species because they are frequently imported as contaminants rather than intentionally. Their temperaments are very similar to their Asian cousins, making them ideal for community tanks. 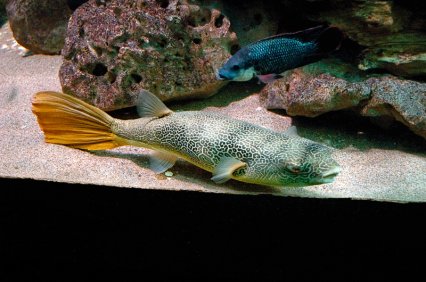 The Congo has the highest number of freshwater pufferfish species in Africa, with four of the six native species here. The African freshwater puffers, such as this Tetraodon mbu, are likely to bite chunks out of any tank mates, if not eating them outright. For this reason they are better kept alone.