What is the Peruvian Altum? Well, of course not!

For a start, the mass-produced Angelfish you’ll see in fish shops is surely not a pure-bred Pterophyllum scalare, and as with many other popular and intensively farmed species, what we’re looking at here is some sort of hybrid. It might well be that it’s mostly Pterophyllum scalare but certainly contains some genes from the other two Pterophyllum species as well. 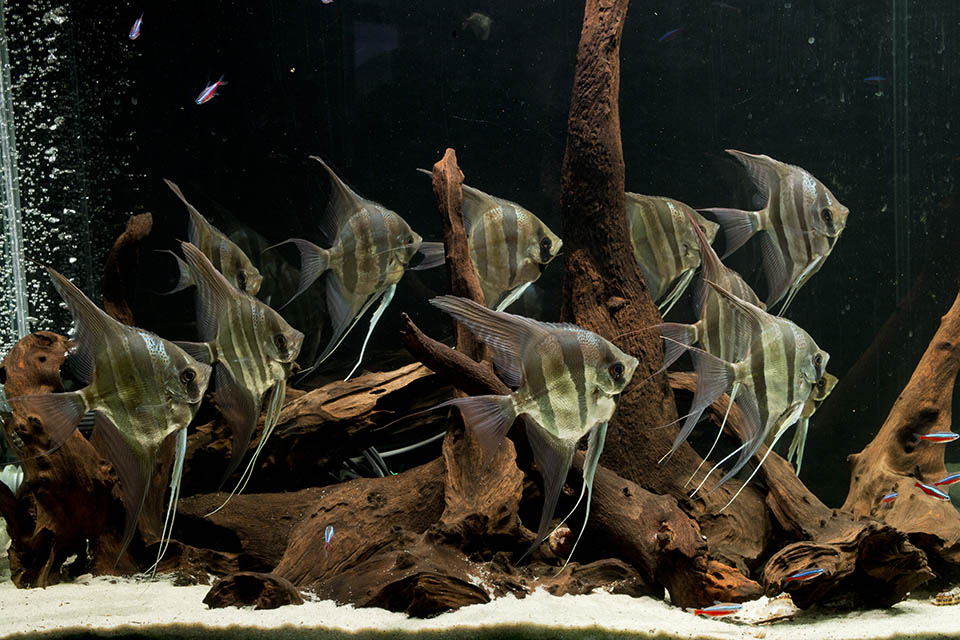 So, there’s the hybrid domesticated Angelfish, plus three proper species in the wild?

Possibly! The standard work on Angelfish species is Leonard Schultz’s 1967 paper in the Proceedings of the United States National Museum. This is the one that lays out the key differences between the three species as generally accepted. Here, for example, is described the appearance of the blotch between the vertical bars that makes Pterophyllum leopoldi so distinctive. But there are also important notes of uncertainty. While Schultz describes the meristic (that is to say, countable) differences between Pterophyllum altum and Pterophyllum scalare, things like fin rays and vertebrae, he does wonder whether Pterophyllum altum is simply a subspecies of Pterophyllum scalare and maintains them as different species only tentatively. 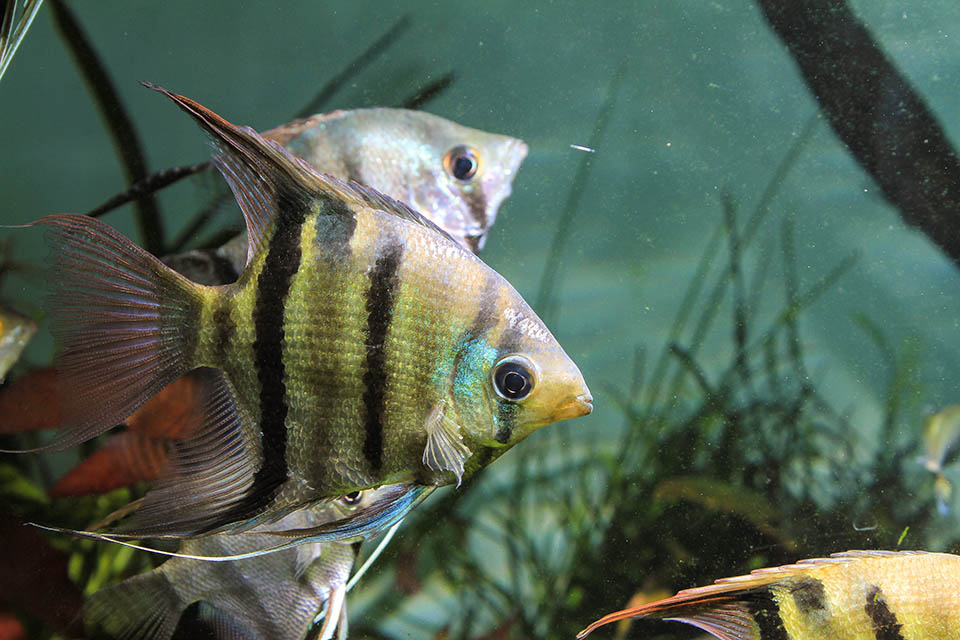 Why’d he do that?

At the time Schultz was writing, Pterophyllum altum had only been reported from the upper Orinoco basin. His hesitancy about separating the two species came down to whether the Altum Angel was simply a geographical limited variant of the Common Angelfish. This sort of question is very common in ichthyology, and before the use of DNA technology, very difficult to answer. Modern studies into the genetics of the genus confirmed the separation of the three species, and within Pterophyllum altum and Pterophyllum scalare, further distinct populations have been found. Within Pterophyllum altum for example, the upper Rio Negro and upper Orinoco populations appear to be distinct. This supports the view that Pterophyllum evolution was driven by changes within the Amazon and Orinoco landscape. 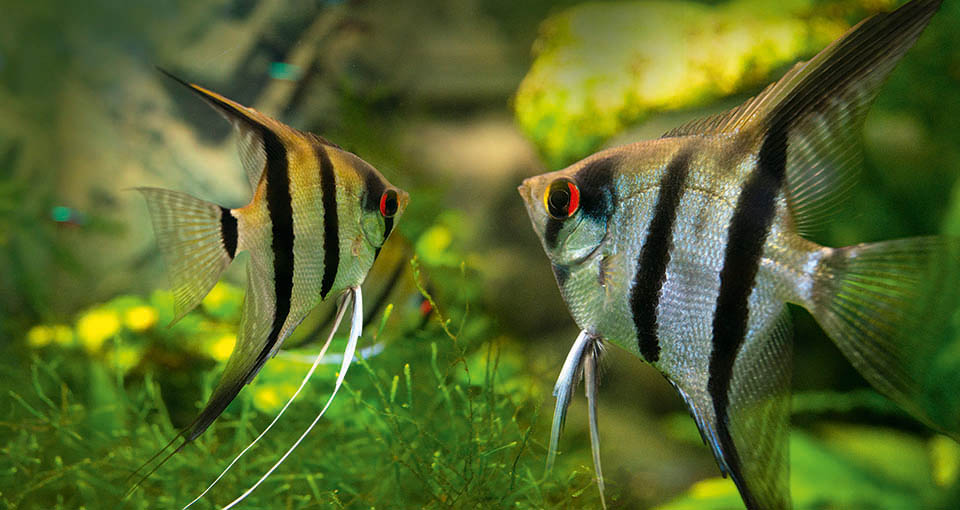 What about Pterophyllum scalare then?

That’s where things get interesting. Of the three, Pterophyllum scalare is the one with by far the widest geographical range. However, wild-caught Pterophyllum scalare are rarely seen in aquarium shops though, so our idea of what a Common Angelfish looks like is largely based on the farmed Angels in the trade.

When wild-caught Angelfish from the Rio Nanay in Peru started appearing in shops from the 1990s onwards, their brownish colouration and rather tall body shape immediately called to mind the Altum rather than the Common Angel. So it was that they became known as Peruvian Altums, and while they certainly had many physical similarities with Pterophyllum altum, they turned out to be rather easier to keep and breed.

Ultimately, ichthyologists concluded that the Peruvian Altum is probably some sort of Pterophyllum scalare endemic to the Rio Nanay. There seem to be distinct populations of Pterophyllum scalare across the Amazon and Orinoco region, such as the ‘red shoulder’ Manacapuru variety sometimes seen in the better aquarium shops. Genetic analyses support at least some of them: the Manacapuru and Santa Isabel are robustly supported, but the Peruvian Altum less so, implying fewer genetic differences. But distinct varieties these are, and no doubt they all fed into the mishmash of genes that make up the farmed Angelfish we see today, which of course display a terrific variety of colours and fin lengths.

So, the Peruvian Altum is just a Common Angel

Whoa there! Even if the Peruvian Altum is somewhere within the range of what’s currently described as Pterophyllum scalare, there’s nothing ‘common’ about this particular fish! It’s a beautiful fish that needs a deep tank, subdued lighting, plenty of wood and leaf litter if you’re going for the biotope look, and preferably water that’s soft and slightly acidic. While perfectly viable in the right community, don’t assume that because this is some sort of  Pterophyllum scalare it can be treated in the same way as a farmed Angelfish; it can’t.