Sri Lanka comes to you! Jeremy Gay offers a step-by-step guide to setting up your own rainforest stream habitat for Cherry barbs or dwarf snakeheads.

As soon as I saw the tiny stream habitat of the Cherry barb during my Sri Lanka expedition, I knew that when I replicated it I wanted it to be shallow. And if I have learned anything on my fishy travels it is that small fish inhabit shallow water.

However, and for a neat twist, I thought I would take advantage of the structured nature of a 3D background as and combine it with some wood and house plants to form a trickling waterfall effect.

It looks different and is easily achievable in the six easy steps explained here. Give it a try, as even if you aren’t into small fish it's an authentic habitat for Channa gachua and orientalis too. 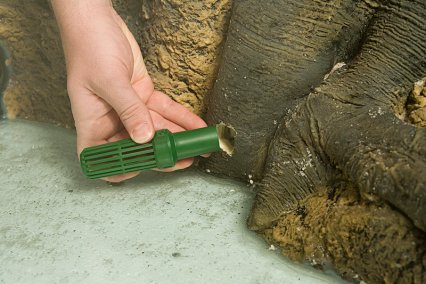 I’ve cut out a hole in the background of the tank and shoved in a strainer. This enables the water to flow through the background to be heated and then picked up by the filter.

This strainer will also prevent the fish from getting behind the background — from here they would be difficult to retrieve! 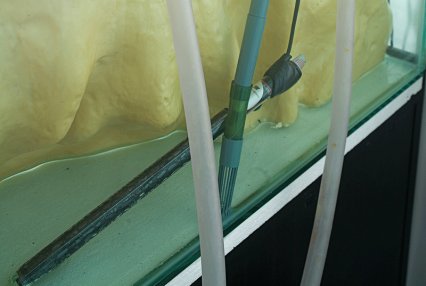 Behind the scenes. The water will be shallow, so ensure the heater is totally submerged in the bottom third of the tank. This is a simple way to make a waterfall, and extra ones could be created by splitting the outlet into two or by using a powerhead or pump. Some small internal filters can be laid on their backs and connected to a hose. 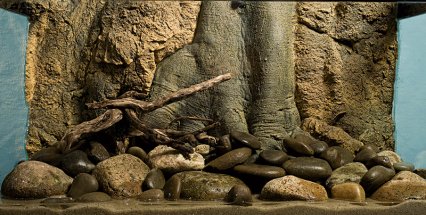 I tracked down some quartz sand in the UK, washed and placed it in the tank at a depth of 2.5-5cm/1-2”. I used two different grain sizes for an even more authentic look. Rocks were water worn and rounded.

The rainforest stream in Sri Lanka was shallow and full of rounded stones, so I have covered the entire bottom, first with large stones and then smaller ones on top. 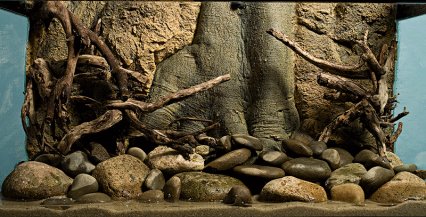 The stream was strewn with fallen branches and overhanging tree roots, so I have replicated that  look with branchy bogwood pieces. I’ve placed some on top of the rocks, but hung some upside down from the top of the background. The idea is for the water to trickle down the hanging ones. 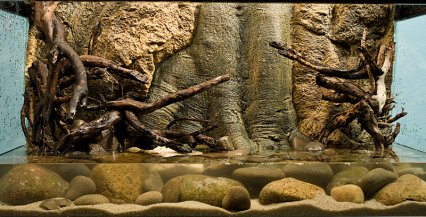 The task of filling with water should be an absolute doddle and take little time because the level has been deliberately chosen to be shallow.

However,  it is important to make sure that the water will be deep enough to cover the heater and allow the filter to prime. 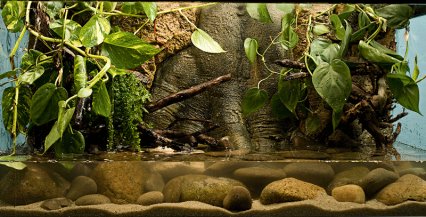 Dress with plants, which in this case are ferns and Philodendron, available from garden centres as a houseplant. I tested these long term over a fish tank at home, with just their roots in tankwater, and they did really well. The fern is similar to those in the actual habitat. 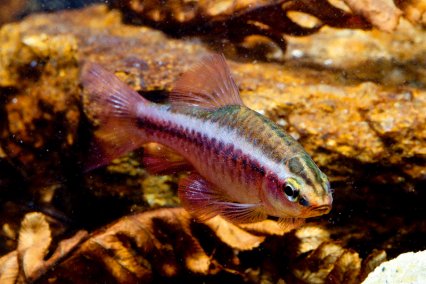 Notes: The habitat out on location was shallow with medium flow. The Cherry barbs assembled in small numbers, with single males displaying to two or three females. 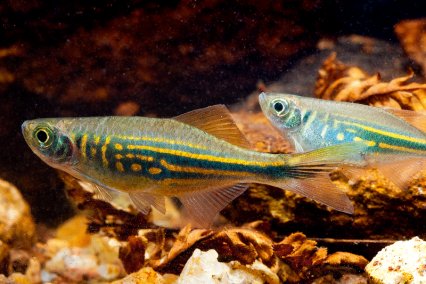 Notes: Beautiful fish that made its way from the main river to this tiny stream. Despite the more streamlined and active look of this fish compared to the small barbs, the two species living together is biotope correct. Small groups are fine, as this how we found them.

Alternatively you could stock either of the following: 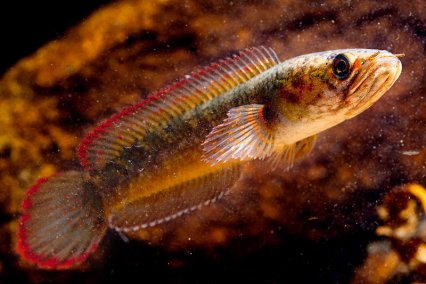 Notes: We found lots in the tiny streams, mainly around the 7.6cm/3” mark. They live with C. orientalis, though are best not mixed in the aquarium due to territorial squabbles. Add these instead of barbs or danios. 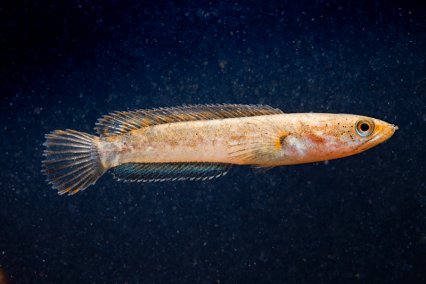 Notes: The true Channa orientalis is a rare fish, as nearly all the captive orientalis are actually gachua, as they have pelvic fins, and orientalis don’t. This is a wonderful dwarf snakehead species for which it is well worth setting up a shallow stream habitat. Add these instead of barbs or danios.