Our ponds: Box of goodies Nathan Hill and Jeremy Gay use a Gordon Low box welded liner to set up a step-by-step pond for a PFK colleague.

We’d had a pond 'itch' ever since the first sun of the year finally appeared and have been trying to find good reason to spend a day less desk-bound.

We wanted to get dirty fingernails and re-acquaint ourselves with the cold caress of water-soaked sleeves — so we treated our editorial assistant Nicki to a pond installation!

She had been eager to get one ever since she saw us playing with Blagdon’s Affinity pools and wanted something a step up from her own tiny water feature. So we knocked heads together to come up with a solution...

A reconnaissance revealed the perfect spot: a raised bed of bricks wasted with soil and a handful of plants. It was an ideal location in a south-west facing garden.

The spot was close to the house and water supplies and it already had electrical connections put in to supply Nicki’s water feature. All it needed was a liner, water, a filter and some plants.

Nicki got to task digging out the hole while we tracked down a liner — and this was the perfect opportunity to put one of Gordon Low’s box-welded liners into action as we’d been dying to do so for a while.

Box welds are superb for anyone with an awkward shape to fill and companies like Gordon Low can make them to order.

Given the 90° angles and sheer sides of our pond, we were adamant that we would avoid unsightly creases and folds, as well as not wasting too much liner. After all, a formal pond requires formal lines.

We opted for one of Blagdon’s all-in-one pond filters to avoid the sight of monolithic boxes around the edge of the pond, as well as for ease of use. This choice was fine by Nicki who tells us that the all-in-one is "a piece of cake to work with and easier to clean than my aquarium filter."

Light maintenance
Several weeks on and Nicki loves the result. Her maintenance regime is frequent but light. Rather than letting muck build up she cleans the filter weekly, using pond water to clean the foams.

Planted up and housing three Sarasa comets and a canary yellow goldfish, Nicki is happy. The plants are bedding in and the fish have settled well, fast becoming bold enough to hand feed, despite the presence of cats and dogs!

The only potential setback was remedied early. Blanketweed appeared within the first two weeks, clinging tenaciously to the liner. Nicki removed it by hand and added some more plants. Since then it’s been algae-free! 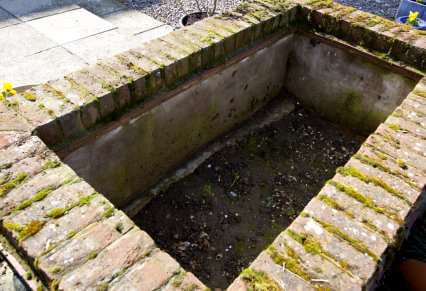 1. The hole inside the 155 x 75cm brick bed was dug down, removing any fragments of sharp stone or glass on the way. A few worms were unearthed and rehomed as we found them! 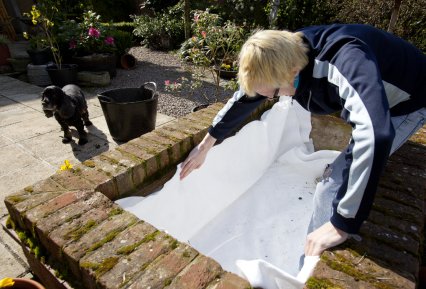 2. After measuring out the underlay on the lawn it was folded to shape and used to line the pond. We deliberately used a little too much and opted to trim back any excess as needed. 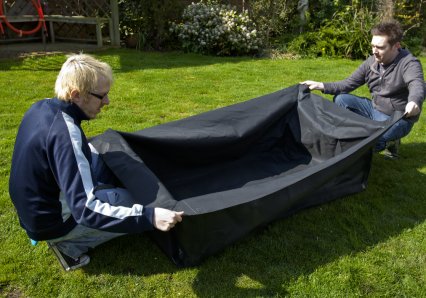 3. The box-welded liner was measured on the lawn and checked over for any signs of tearing or punctures. The last thing we wanted was to install the pond and only then find a leak! 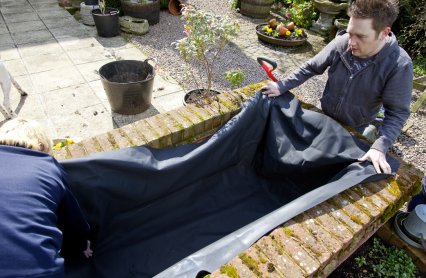 4. The liner was placed into the hole and the arduous task of lining up the edges began. With a custom-cut liner it’s important to make sure that all edges are flush to avoid stretching. 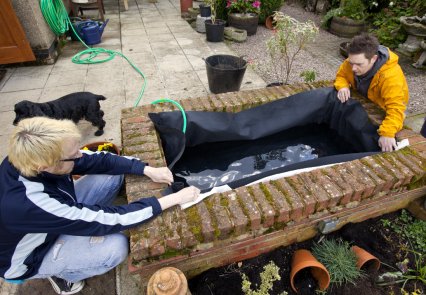 5. The liner was being continually worked into shape as the pond was slowly filled with water. This way any shifts in the supporting soil can be accounted for and any weak spots noted. 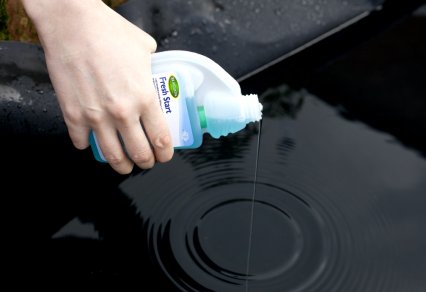 6. As we wanted to fill the pond with plants on the same day as installation it was necessary to use a dechlorinator. It’s good practice to use these chemicals early on when changing water. 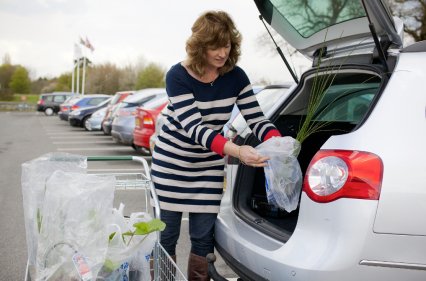 7. We took Nicki plant shopping, and picked up an Equisetum, Caltha, Lobelia and Juncus marginal plants, as well as a pygmy lily and some oxygenators — plants we felt would provide just the right mix. 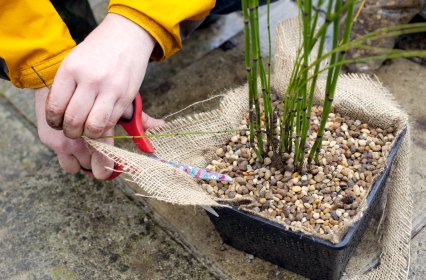 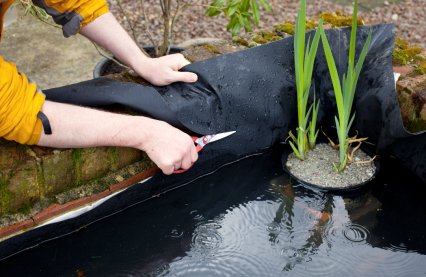 9. The liner and underlay were trimmed into shape once we had the weight of the plants holding the corners in place. The edges were later sealed in place using Hutton Aquatic Supplies Gold Label pond sealer. 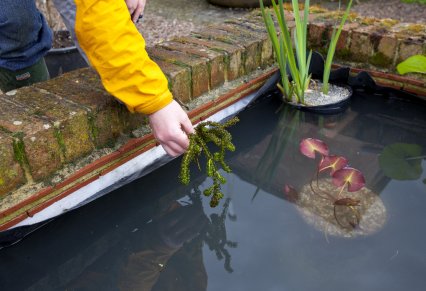 10. The lily was then repotted and added to the pond, along with the bunched oxygenators. Although some people like to pot oxygenators we chose to let ours float loose for this particular project. 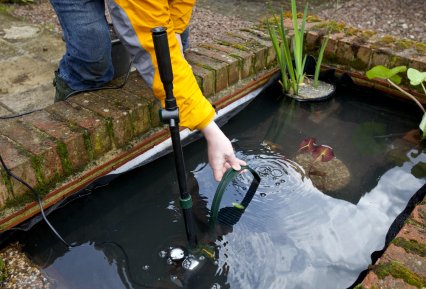 11. The plug was connected to the pump/UV and the unit added. Given the narrow nature of the pond we opted to use a bell fountain which tends to lose less water to wind than a rose type. 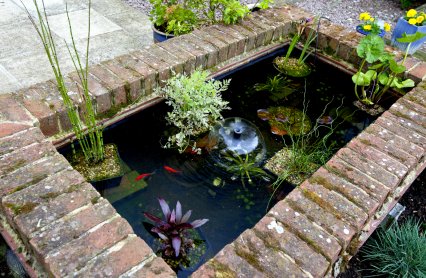 12. Several weeks on and plants and fish have been added. The pond has been sealed at the edge, keeping the liner in place. Water was tested before each fish addition to check for ammonia and nitrite.

How much would this pond cost you?
The liner, here supplied by Gordon Low has a retail value of somewhere about £172. The retail price of the Blagdon all in one filter works out at £99, and the plants and fish reach a combined value of around £90 - but buying smaller plants and fish would reduce this.
Total project price: £361.00.