Once in your tank, unwelcome snails can be hard to eradicate. Yet there's an alternative to chemical treatments or time-consuming overhauls, reports Neale Monks.

Nerites are excellent algae eaters that won’t breed under aquarium conditions because their larvae usually mature in the sea, so you can add as many as you want! Elephant snails breed slowly and their size and interesting colours make them fun additions. 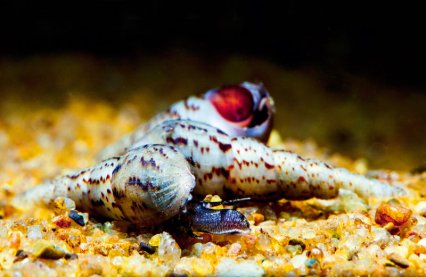 Pest snails are usually hitchhikers getting in on plants or with new fish. Trumpet snails (above) are the most notorious and, while harmless to fish and plants, breed quickly. Tadpole snails don’t breed so fast, but in planted tanks may leave holes in tender plants.

Fish to the rescue?

Often our first reaction to a 'snail problem' is to add snail-eating fish. Some cichlids and Synodontis catfish will do the job, but the most celebrated are puffers and botiine loaches — Botia spp. with related genera.

Although they can be effective when hungry, they prefer easier foods like bloodworms, krill and catfish pellets, or, in the case of pufferfish, tank mates' fins.

Their social behaviour can cause problems too. Most puffers are too territorial and aggressive for community tanks, limiting their usefulness.

Botiine loaches are a mixed bag, some boisterous rather than aggressive. Clown loaches, Yasuhikotakia species, including Dwarf and Skunk loaches, and smaller species among true Botia, such as the Yo-yo and Zebra loaches, are acceptable if kept in groups and alongside tank mates of similar size and disposition. 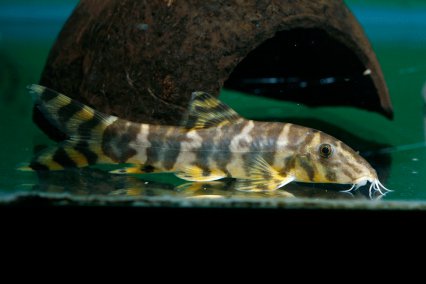 On the other hand, Tiger loaches, (Syncrossus spp.) and many bigger Botia, including the stunning Emperor loach (B. udomritthiruji) pictured above, can be particularly hard on other bottom dwellers, such as catfish and cichlids.

If snail-eating fish isn’t an option, a snail-eating snail might be. Clea helena, also known as Anentome helena, is a freshwater relative of the whelk and the Assassin snail is an efficient machine. It is harmless to fish, though eggs and immobile fry might be taken, and it never harms plants either.

Assassins (pictured at the top of the page) like to bury themselves in tanks of sandy substrate and wait for suitable prey. When that happens they pursue and kill remarkably quickly. They usually target snails of similar size or smaller and generally ignore Nerites and other larger species.

Since they catch only one or two snails a day they won’t eliminate hundreds overnight, but, over time, 10-12 Assassins per 50 l/11 gal seem to do a good job limiting Trumpet and Tadpole populations.

Various home-made snail traps typically involve inverted plates with catfish food underneath. If baited at night and raised in the morning there’s usually a goodly haul underneath. 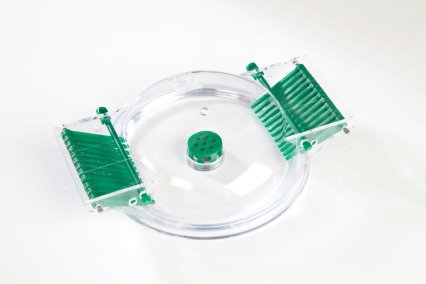 The JBL LimCollect is commercial alternative, comprising a one-way trapdoor that allows snails to move into the baited trap. Once inside they can’t get out and because the trap is transparent it’s easy to see when it needs emptying.

Frogs and air-breathing fish — such as dwarf Corydoras and Kuhli loaches — are at particular risk because if they cannot get to the surface for air they will drown.

Snails and their eggs usually get into tanks on plants. It’s tempting to use snail-killing poisons but these are best avoided. Potassium permanganate is the standard chemical, but toxic to fish, plants and filter bacteria. Then once the snails die and start rotting, bacterial decay uses up oxygen and produces unwelcome ammonia.

However, snail-killing poisons can remove snails and their eggs from new plants. A very dilute concentration of potassium permanganate — up to 10 mg/l — can create a suitable dip. Plants can be dipped for ten minutes before being rinsed in a bucket of lukewarm water and then placed in the aquarium.

Snails generally do little harm and Trumpets in particular earn their keep in tanks with sand or fine gravel substrates.

A "live" sand bed in a freshwater tank improves water quality by removing nitrate through anaerobic decay and by releasing mineral nutrients that plants can use.

As Trumpet snails dig, they allow oxygen into the top layer of sand while eating organic material before it can sink to the anaerobic layer where toxic gases might be produced.

If you have too many snails, you probably have other, more serious problems too. All snails will turn organic material into baby snails.

Sensible stocking, removal of uneaten fish food, proper filtration, and regular water changes should all limit the amount of food available to snails — and clean, well-maintained tanks rarely have issues with snails.

Species profile of the bad and good guys... 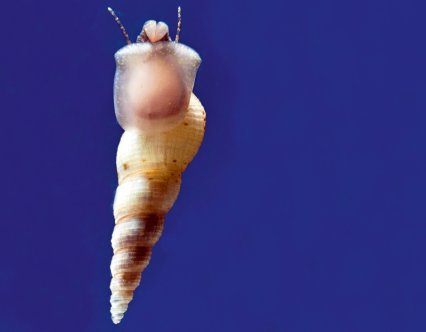 Notes: These usually get into aquaria in fish bags or on plants. Harmless, but females produce fully formed young without male fertilisation and they can multiply rapidly in the right conditions. Their strong shells protect them from most snail-eating fish. Nocturnal burrowers, they will rise to the top of the tank during daytime to gulp air if water quality is poor. 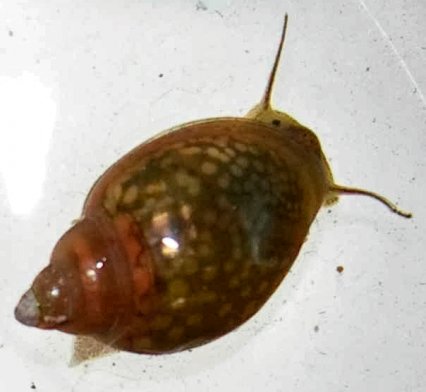 Water chemistry: Adaptable and may even thrive in soft water

Notes: These small pond snails with translucent brown shells and stocky black bodies normally get into tanks on plants, and while they might nibble on tender ones their size limits the damage they can do. As they have thin shells these are readily consumed by fish. They will breed under aquarium conditions, laying clutches of eggs in jelly-like masses that inexperienced aquarists often confuse with fish eggs. 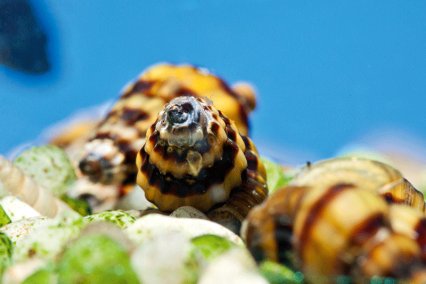 Notes: Assassins will breed under aquarium conditions, but slowly, so shouldn’t become pests in their own right. Unlike many snail-eating fish, they are harmless to fish, though they may eat their eggs. Assassins lay eggs individually in transparent capsules on solid objects. These take a few weeks to hatch, then the juveniles disappear into the sand to hunt for food. They grow slowly, attaining shell lengths of about 0.5cm/0.2” after about six months.