Jeremy Gay explains how you can build your own budget sump — even from a fire-damaged tank reject.

A sump is such a useful addition to any reef aquarium that I decided to build one as cheaply as possible. It’s just a tank attached to your main tank in which you can put equipment, heat, change and filter water from that main tank.

Because it is purely functional and doesn’t have to look good I decided to track down any old tank, in any condition, as long as it held water.

One of my local shops had a fire a few years ago and was selling off fire-damaged stock. I purchased a terribly blackened tank for £10. It was old, scratched and covered in soot, but, pheonix-like, it would rise again.

The result is a rather rough looking but highly functional marine sump and, best of all, it’s on a budget of just £40. That comes in about half what you would spend on a new equivalent. Bargain! 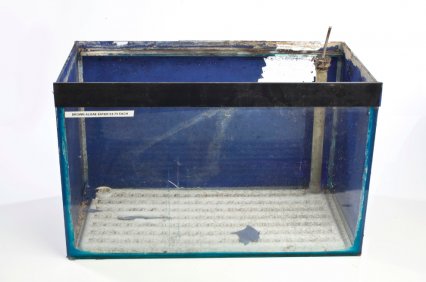 No substitute for true quality

This DIY sump is in no way meant to replace or replicate the excellent build quality you would expect from a professional aquarium manufacturer. I built this because I needed a sump, yet was short on time and finances.

To find a reputable sump manufacturer refer to the classified ads at the back of this  and every issue of PFK. 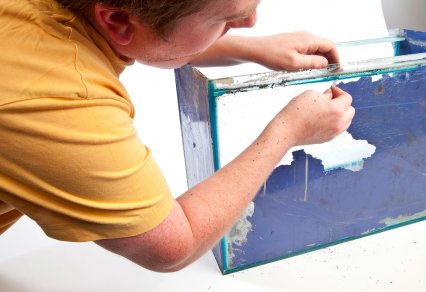 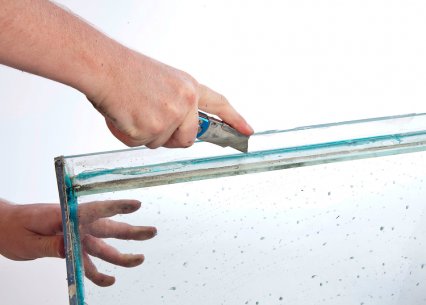 2. The tank has bracing bars, but this would only ever be half filled and be further strengthened by the baffles front to back. So, using a knife, I cut down the silicone and removed the old bracing bars. 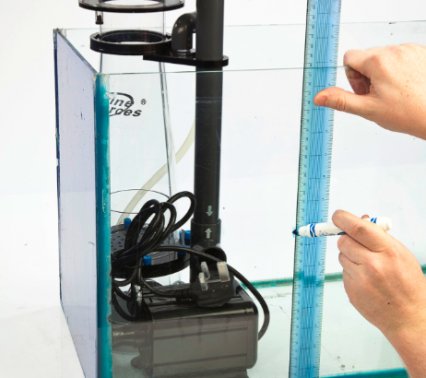 3. I place the protein skimmer in the tank and then draw a line where the first piece of glass will be stuck.  The first baffle will set the water height in the first chamber, which in this case is 20cm/8". 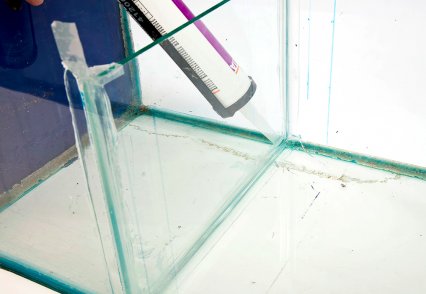 4. I bought four pieces of 6mm glass for £20. I simply hold them in place with sticky tape. If you want to move stuff later cut out the baffles and re-stick elsewhere. Aquarium-safe silicone costs £10 for a large tube. 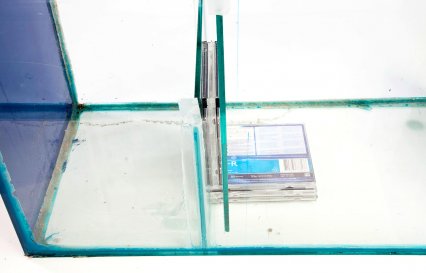 5. To create the baffled system, the central pane needed to be raised up into position. CD cases were used to temporarily hold everything in place while the silicone cured, then the final panes were added. 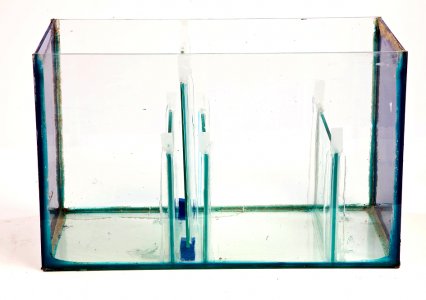 6. Leave for 24 hours for the silicone to cure. The sump is now ready for protein skimmer, heater and return pump and can be installed in the cabinet underneath your tank.