Want to convert a freshwater aquarium to a marine one? We answer your most frequently asked questions about how to change over and what the transition actually involves.

Should I still consider running my external filter?

You can, as it will provide essential water flow, though existing biological media should be removed, as you want your live rock to do the biological filtering. However, externals are still a good way of housing carbon and phosphate removal resins without having to buy reactors. 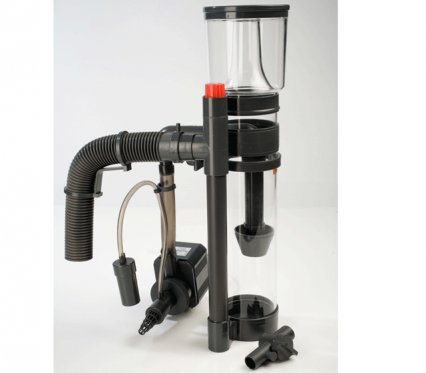 Can I get away without using a protein skimmer?

They represent a sizeable cash outlay but are very beneficial as they are a type of filter and help to rid saltwater of excess nutrients.

Corals come from nutrient poor water and you should try to replicate these conditions. If you don’t add a skimmer you need nutrient removal in a different form, either through frequent water changes or an algae and mud refugium that will remove nutrients by locking them up in algae growth or by converting them with bacteria.

You won’t succeed without some form of nutrient removal.

Do I have to use RO?

It depends what your tapwater is like, but most in the UK is unsuitable. For making up saltwater or freshwater to top up after evaporation, you need a water source free of chlorine and chloramine and devoid of any nitrate or phosphate.

To use tapwater you need to remove the above, which will mean either a tapwater purifier, reverse osmosis unit or deioniser.

Dechlorinated tapwater may benefit from the added buffers though will likely cause terrible algae and even retard coral growth due to elevated levels of nitrates and phosphates.

Do I still have to carry on with water changes?

You often read that deep sand beds, mud refugiums and live rock can lower nitrate levels by harbouring de-nitrifying bacteria. This is a benefit of ‘natural’ filtration methods in modern marine aquaria.

However, more often than not and despite the nitrate-lowering capabilities of these methods, nitrate will often hover above acceptable levels, meaning a water change is due.

Test for other parameters too, as water quality will also deteriorate in terms of the minerals it holds in suspension, like calcium and magnesium, and the pH and KH of that water. Supplements and gadgets can be added to these, though a water change is a simple all-in-one solution.

Frequent changes are attributed to the success of the world’s best reef tanks — despite them also having plenty of highly expensive hi-tech equipment. 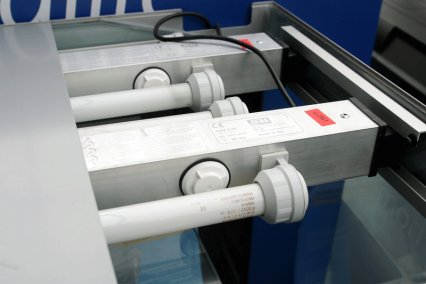 Can I still use my existing lighting system?

It depends what it is and most of the time will need to change in spectrum and be swapped completely, or added to in order to provide the right intensity.

Coral reef tanks need sufficient brightness and the average twin T8 light tubes of a typical freshwater set-up won’t be enough. Add two or more T5 tubes with reflectors, or LED lights, or both, and, if you can afford it, choose multiple T5 or LED from the outset.

Retail stores are stocking ever more colourful, yet light- demanding species of corals and anything less than lots of LED, four T5s or at least six T8 tubes or metal halide lamps won’t be enough.

Look at the spectrum too, as freshwater lights average a colour temperature around 5,000-6,000K, which replicates noon in the tropics.

For marines we use high Kelvin, bluer light, however, as although the sun is the same at the surface, it is filtered by the time it reaches down to the corals and blue spectrums predominate.

Choose lighting with a spectrum from 10,000-14,000K and back up with pure blue actinic light. The cleaner looking light will set the scene and benefit your corals.

Will my aluminium tank trim corrode?

How deep should the tank’s substrate be?

Bare bottoms are easiest for removing detritus, though they don’t look natural and some fish such as wrasses, which sleep in sand, and sand-sifting gobies should definitely be given sand — as should sand-dwelling corals like Catalaphyllia.

Coral sand and aragonite sand will aid buffering and particle-sized sand will add to the suitable habitat and variety of micro- organisms within the aquarium.

As for depth of sand, around 2.5cm/1” is generally fine, though a 10cm/4” bed will encourage anaerobic bacteria within it, which will help to lower nitrates.

A sand bed between these depths may not be deep enough to remove nitrates and actually produce or harbour nitrates from aerobic bacteria living within it.

Beginners should opt for a shallow bed of around 2.5cm/1” as they are the easiest to maintain and least problematic. 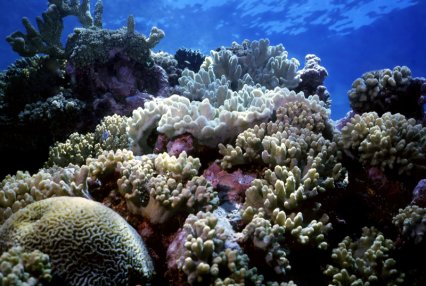 How should I arrange the decor?

Look at pictures of natural coral reefs and take inspiration.

Many opt for a sloping rock wall, which is easy to construct by stacking rocks on top of each other and provides lots of room for coral placement.

If more adventurous consider building structures like bommies and atolls by fastening rocks together with cable ties, putty or even drilling and threading them onto plastic pipes. The rocks then seem to defy gravity, forming caves and overhangs.

This takes skill and probably needs to be practiced first, but can provide eyecatching results. How much live rock

would I need to get?

One kilo/2.2 lb per 10 l/2.2 gal of volume is a good rule of thumb, though even half that will make the world of difference to a tank that previously had none.

However, it doesn’t all have to be bought at once and you can buy a piece as and when you can afford it. Leave your fish until you have a decent amount of rock that’s well cured and diverse in its natural life, like quality Fiji rock.

Generally, the cheaper the rock the poorer the quality. If you want live rock to do what it should do from the outset, invest in the best you can afford. 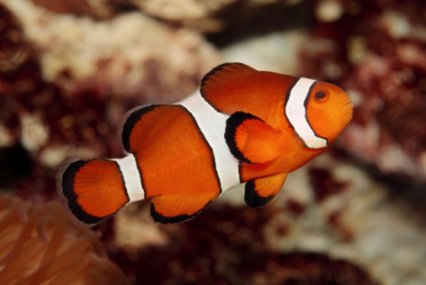 Can I just keep clownfish and an anemone in my set-up?

Yes, you can, though a pair of clownfish would be easier to keep without that anemone.

Most clownfish are available in tank-bred form, making them hardy, easy to keep and disease free. Most have never seen an anemone or need one, so your set-up can be simple.

Most anemones are wild-caught and demanding as to light and feeding requirements. They will benefit from a pair of clownfish as hosts, though are unsuited to most reef tanks because they can move and kill corals by stinging them as they move.

A pair of tank-bred clowns is great for beginners, though a pair and an anemone are only suited to experienced reefkeepers — and even then in a tank of their own.