We simply had to interview Belgian reefkeeper Luc Loyen about his stunning creation which includes several rare and valuable fish.

This mature system from Luc Loyen is teeming with life and colour. Tanks packed with fish and corals are always the most difficult to maintain because the fish need lots of food, yet the corals need very low nutrient water.

Luc’s system makes the two look easy, even to the point where he has set up another larger tank for a future project.

What are the tank’s dimensions and what is the system’s volume?

How long have you had it?

The tank has been set up for around four years.

What is the circulation turnover in the main tank and what pumps do you use?

What lighting do you use and for what photoperiod?

What skimmer do you use? 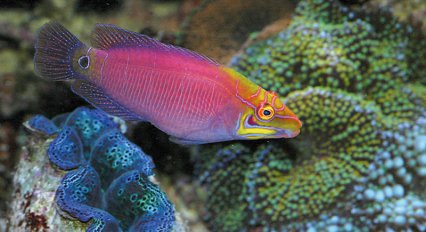 How do you add calcium, magnesium and KH buffers?

With all that lighting do you need a chiller?

I’m lucky. The tanks connected to the main tank, in the basement, act as my chiller because it is around 18°C/64.4°F down there.

What is your water change regime and what are the water parameters?

How do you remove/control nutrients?

When started I used a phosphate remover called Ultrasil, but for the last three years I haven’t used anything. I put this down to fast growth of the corals.

I also use activated carbon renewed every 14 days for optimum water clarity.

What salt do you use?

Was it difficult to start?

This tank had Reef Ceramic background material because we did not want to see glass on the back. It also has a bridge and a pillar of the same material to bring depth. We have about 150kg of living rock, but the first two years were difficult because the materials were not as good as hoped.

A lot of silicate was released, so I had a lot of undesirable algae. Corals were dying in the first six months and the calcium level was very high. 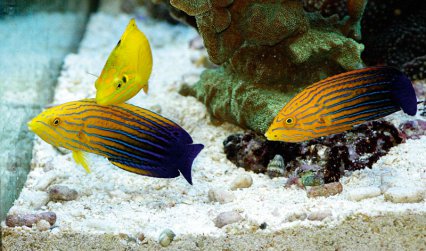 Any rarities of note?

The rarest fish in my tank is the Blue-striped orange tamarin wrasse (Anampses femininus), pictured above. This species can grow quite large to 24cm/9.5” for an adult male, though it is a stunning fish.

I have a lot of fish so give them plenty of food, normally three times a day.

The first two meals comprise a mixture of frozen krill, Artemia and Mysis, then a mixture of Cyclops, lobster eggs and red plankton. I offer dry foods for the third.

Do you have any natural pest control?

I have a Bristletail filefish, Acreichthys tomentosus, to control Aiptasia and other small anemones.

How is your new tank better?

My new, bigger tank has OptiWhite glass with a low iron content. I again decided to aquascape with Reef Ceramic but mix it directly with live rock.

I tried to make it more open, so corals can grow and fish have more space. I also switched the Bubble King to an ATB skimmer because the design is very interesting. The new tank is lit with four 400w HQI metal halides and 16 80w T5s. 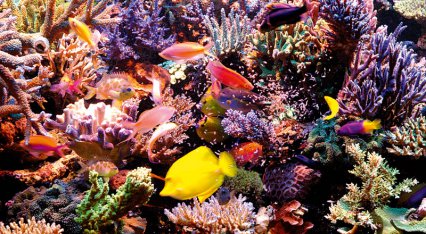 I guess I’ve got around 100 corals. I love SPS so they dominate, with around 80% of the tank housing these species. LPS numbers are low as the angels may nip them. 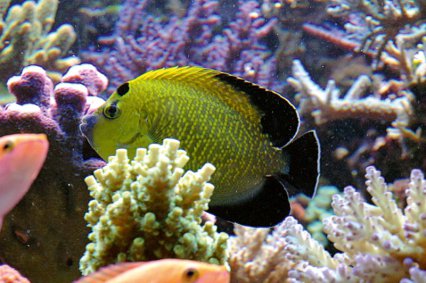 Fish in other tanks 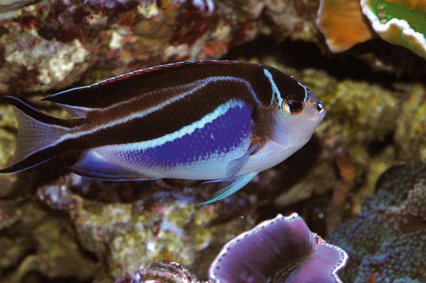 How long have you kept marines?

Which are your favourite fish?

Which are your favourite corals?

Have you had any problems along the way?

In the start-up I had some issues with the ceramic in the tank.

What would you change about your existing set-up?

I want a bigger tank for my corals as I have a growing collection.

One day I would like to see some of the outstanding tanks in the United States and England.

What of the future?

What is your key to success?

Every introduction is made very slowly and the key is to provide a stable environment.

Of course, there are always ground rules to follow — like lots of light, strong water current and good water quality.

The tank is packed with corals and some 45 fish, giving a lush effect of colour and movement. It also embraces modern trends, using the Ultra Low Nutrient system(ULNS), Balling method, and holds many rare fish and corals, including a pair of Goldflake angels priced at over £300 each, a Mystery wrasse worth over £100 and a whole host of other rare wrasse, anthias and angels.

We can see why Luc has opted for a larger tank for his next project as there is no more room for any more corals in this featured tank.

The lack of phosphate remover is interesting as this illustrates a new trend towards using zeolites and bacteria to tightly cycle nutrients instead of traditional removal resins.

Either way, the results have proved spectacular!