Jeremy Gay takes a look at a new range of marine supplements with a well-known name behind it...

The marine supplement market has been saturated of late, in part due to the growth of the reefkeeping sector, but I would also guess that the raw materials are so cheap nowadays that everyone has jumped on the bandwagon.

So with a new brand name of Continuum fighting for shelf space against its rivals, why choose its products over anybody else’s?

Remember the 1990s when Kent Marine dominated the supplements market? Its founder Jack Kent is behind the new Continuum range, so you could argue that he knows a thing or two about reef supplements.

The Kent Marine range still exists and is now distributed in the UK by Interpet, but Jack hasn’t had anything to do with his namesake company for a while after he sold up and I guess Continuum is Jack’s play on words to subtly hint that he and his product skills are back in the marketplace. 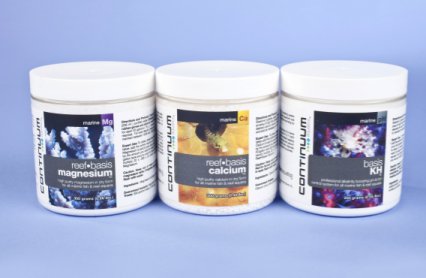 The range is made up of some 30 supplements, including all those you would expect like calcium, strontium, magnesium, KH buffers, potassium and iodide, and now that we all know a lot more about them and what each one of them does, we should be able to use them to better effect than we did 20 years ago.

There are also some interesting bacterial water conditioners, carbon and phosphate remover and invert foods and Continuum’s UK distributor Nishikoi told me that, apart from all Jack Kent’s experience behind them, another factor is these products’ concentration and value for money.

I used them for a while on a 400 l/88 gal reef and even used the calcium, magnesium and KH buffer as part of an auto-dosing system. Yes, they did last and they did do the job they were intended for.