Would you eat your own fish? Have you ever stopped to consider how delicious some of your aquarium inhabitants look? I suspect that some people will be shocked that I could even raise this point, while others will just shrug it off like water from a Duck-billed catfish's back, says Nathan Hill.

The question isn’t as absurd as it might appear, though it is sat knee deep in the middle of a technical quagmire. Eating some of our fish could — potentially — provide a purposeful end to the glut of tankbusters doing the rounds. 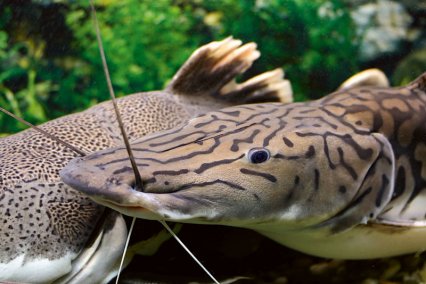 I bring this up, but not in the way that some of you might be feeling now, as the subject arose in casual conversation only recently. It’s risen many times before, too. I have many friends, acquaintances and casual passers who have tucked into a problematic tank inhabitant.

And should we not? There are many fine meals to be had from the kinds of fish we keep.

All too many of us have become habituated to certain kinds of food, through repetition. We eat cod, we eat plaice, we love our tuna, scoff down our sardines and mackerel, and make pigs of ourselves over a delicious cooked lobster.

But around the world, the fish that we might consider taboo, those colourful, owner-bonding pets are nothing but canapés. That prize catfish we’re trying to breed, a barbeque treat. Those tankbusting predators, a hearty evening stew.

We find the origins of our hobby in our ancestors wanting to keep food fish alive. From the holding of catfishes or cyprinids in closed rice paddies, to the Roman’s desire for storing lampreys, our domestic tanks gradually sprung. The Romans even had a name for the moneyed classes who could afford to keep live fish, such was the associated prestige (or disdain?). They were the Piscinarii… 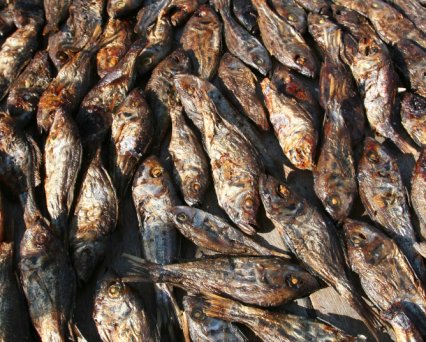 Many fish we love are on the menu. Fans of mbuna and other African cichlids would be horrified if they saw the way that fish they’ll pay £20 or more for are dried out in the sun, and snacked down like a packet of Walkers, or crumbled into a casserole for extra flavor.

Elephant nose mormyrids? Yeah, they make a fine stew, by all accounts. Even the late, legendary food hero Keith Floyd took to a large mormyrid whilst in Africa, baking it in a mud over and tagine. He didn’t have a clue what it was, but the family he cooked it for wolfed that thing down.

Piranhas and plecos are prized in South America. Plec eggs are eaten as a kind of indigenous caviar, or the whole fish might be hurled whole onto a fire, to cook itself in its own armoured pressure cooker. Those looking to spice up their love life will opt for Piranha head soup, supposedly aphrodisiac in its qualities. 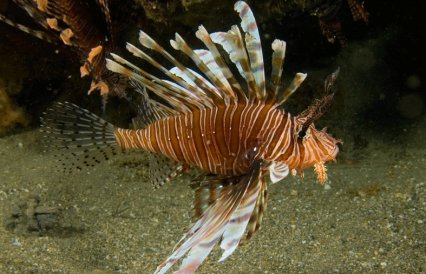 Recent efforts even see fish being put on the menu to stave off ecological nightmares. Invasive Lionfish are becoming an increasing issue along North American coastlines. One attempt to keep them in check involves offering a wide range of Lionfish recipes, in the hope that they’ll be so relished on the tongue that they’ll be yanked out of the seas at a rate that keeps numbers low. Cook books for Lionfish alone have now sprung up all over. 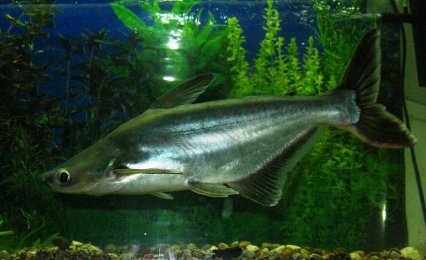 Other fish that we recognise are actually overspill from food aquaculture. Ever tried Basa fillets? You might not even be aware you have, as they sometimes make the rounds as a cod substitute, and a few fishmongers have been prosecuted for offering the former as the latter. If you have, then you’ve eaten Pangasius.

The Pangasius issue hasn’t been missed by DEFRA, who only recently sent a letter out to everyone involved in food fish production, highlighting the importance of correct labelling on everything. Admittedly, this has sprung out of the back of the whole horse meat thing, but I’m confident you get the gist. When I buy haddock, I want haddock, not some obscure Russian swamp eel.

But of course, nothing from this follows that we should be tucking in to our own aquarium fish. Eating our own fish even carries risks. Many risks, in fact.

Chief amongst them is the danger of zoonotic transmission. Aquarium fish carry many illnesses, an awful lot of which we don’t want. Wild South American species can be vectors for the worst kinds of invasive worms, protozoans, bacteria and fungi, the likes of which will make you squirm like an ant under a magnifying glass.

Aquacultured fish are subject to all manner of regulatory procedures to ensure their safety. Admittedly, some things slip through the net, and if you want to be put off of Basa for life then just have a peek at the way it’s farmed. Eurgh. 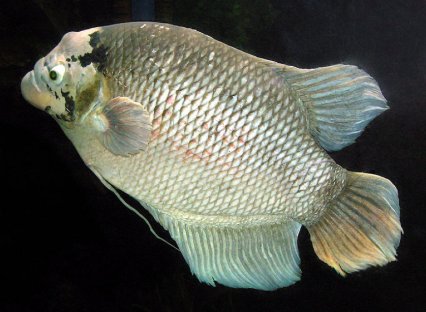 Aquarium fish have their health checks, but they’re not traded with a view to consumption. Once in the UK, they are then exposed to the disease medley that is the journey from airport to home tank, mixed up with other fish from all around the world and eventually reaching your tank with the potential to be carrying pretty much anything. And I can assure you, the last thing you want to do is chow down on a big old Giant gourami that’s riddled with fish TB, or Mycobacterium. No siree.

Then there’s the treatments thing. Even some of the less abrasive everyday chemicals we use can clearly state ‘not to be used with fish intended for human consumption’. Ammo Lock is one of those, and I know I’ve used a fair whack of that stuff over the years.

Some of the aquarium treatments you might be sat on could be heaving with good, ol’ fashioned malachite green. About a decade back, that stuff was banned in aquaculture, probably because of the roaring carcinogenic and teratogenic effects it has.

All of our aquarium medicine, in fact, is available to us courtesy of the grace of the small animal exemption scheme. Without getting too technical, the exemption applies to animals that neither produce food (like chickens laying eggs), nor are intended for eating. And that’s why we’re exempted, because we’re not eating the fish. If we were, then there are tight, tight laws involving what you can treat with, at what dosage and how it’s handled. Use medicines intended for aquarium use only, and that fish is firmly off of the cooking agenda.

Then there’s the ethical argument, which I’m not even going to try to tackle here, on grounds of its vastness. Do we have an obligation to our pets, or can we look at them as short term companions-cum-cattle? Yes, the moral position would be a great area to explore, but we’d soon be bogged down. I’ll leave those thoughts for people to fill as they see fit in the comments section. 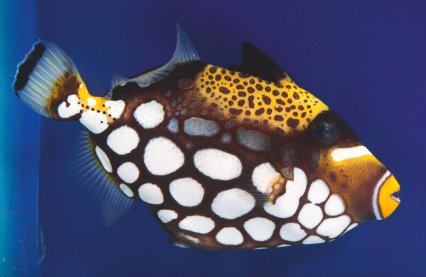 And how about those fish that are just outright poisonous? It’s well known that certain reef fish can cause ciguatera, which is a poisoning leading to headaches and hallucinations (so it’s not all bad) and even eventual death (scrub that last thought). Any culprits in your own tank? Maybe. Top end predators tend to be the problem area here, so morays, groupers, even that decent sized trigger could be harbouring. The best bit is that you can’t cook out the toxin. Roast away, or go mad with some pan-frying – it’ll still put you on the floor. 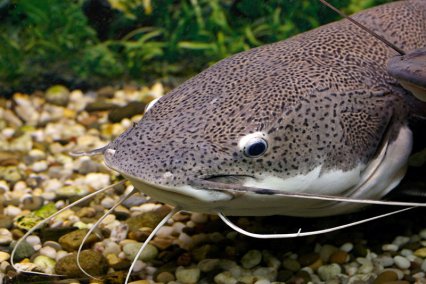 So is there an argument for eating any aquarium fish? The only one that springs to mind is the one I alluded to at the start; the control of tankbusting species. If you have a fish that’s well and truly outgrown its home, and nobody in the country is able to take it in, you could be running short of options. Buy a new tank? Not if you’ve just lost the job, the car, the digibox and the designer kettle. Upgrading isn’t always an option, if you’re sat on something like a Goonch.

No, given the option of watching your fish ebb out its sad, final days in a tank it can barely move in, or making it a part of you forever, I think there’s possibly an argument that slipping the fish into the pot could be the solution on multiple levels. There’s something wrong with that approach as I see it, but I’m not here to make your minds up for you.

I’m certainly not advocating it myself, and my position remains that nobody should be buying any fish they can’t house in the long term. Ever, without exception. If you’re having to eat fish from your tank, you’ve either hit the hardest of hard times, or you didn’t think your stocking through properly.

But as long as you know what the risks are, I’ll leave you to it…