The Betta Show on June 26, 2016 saw 290 fish competing in an event that organisers say has been the most successful show of its kind so far.

It started back in 2014 at the FBAS Festival of Fishkeeping when Jamie Horne of SVAS (Sheaf Valley Aquarist Society) and his friends held an exclusive Betta Show. He reports now that the 2016 Show is the most successful yet with a profit that can be spent on more tanks for larger shows.

Exclusively for Bettas (Betta splendens) the Betta Show committee supply all the individual, lidded, aquaria, so the Betta breeders can bring their fish to compete and buy new specimens at the now famous auction.

The venue was the Huskar Community Rooms in Silkstone, Barnsley. There were 290 benched Bettas in their complex Show Classes (Single Colour, BiColour, MultiColour, Butterfly, AOV — all other colours). The judges were from Yorkshire Aquarist Societies (Trish Jones, Trevor Douglas, Michael Price plus Les Pearce from the FBAS).

Best in Show was a Half Moon Plakat in the Giant Male Class by Mike Kirkham of the Anabantoid Association of Great Britain (AAGB) — pictured at the top of the page. 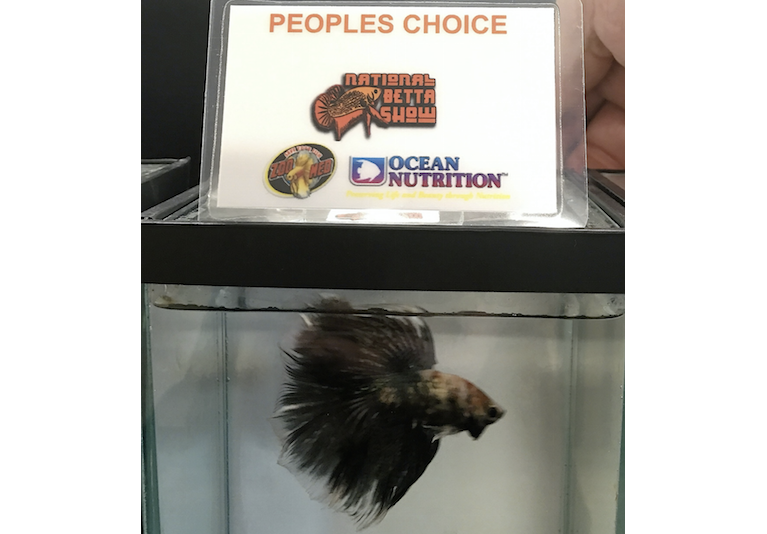 The other major award was the 'Peoples' Choice' (voted by the visitors) – a Half Moon Black Marble by Emily Dunsmore.

As the annual Show has grown it has attracted attention from the trade and there were several businesses with their stands, selling Betta related products.

But the main event was the Betta auction. Commercial and home-bred Bettas were sold to an audience of 70 with bids ranging from £3 (lowest allowed) to £70 (highest achieved).

The commercial supply was from Chen's Bettas specially flown in from Jakarta, Indonesia for the Show. In fact, many Firsts were won with Chens’ fish. 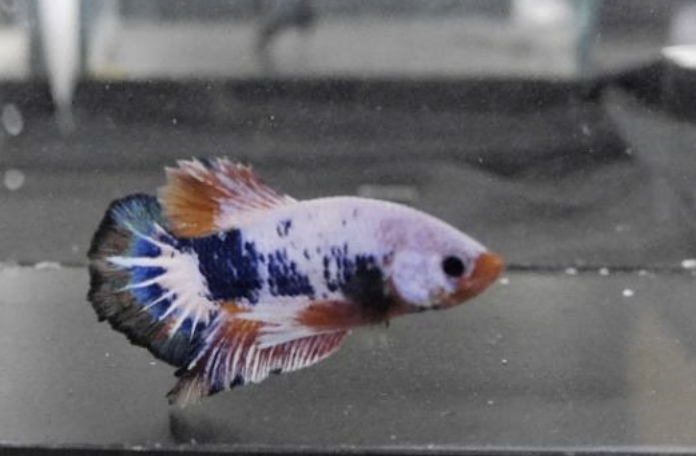 The fish were amazing and you can see why they have a large following, not only in the UK but world-wide (there is an International Betta Congress with 40 annual shows in many countries).