Who's to blame for the big fish resurgence? Looking for a safe, middle of the road position on tankbusters? No, me neither, says Nathan Hill...

I can’t be the only one to notice that big fish are reappearing everywhere right now. I don’t mean the occasional, one-off Giant gourami, either. I mean rows and rows of shovelnose, Goliath tigers, Hydrolycus and so on.

Who am I to say what’s right or wrong in fishkeeping? Nobody beyond an individual concerned for the welfare of fish and the future of the hobby. Plus, fish can’t speak for themselves. We are their voices.

I believe there are good and bad venues for big fish. If you own a five-mile stretch of Mekong delta, then by all means knock yourself out and buy some Pangasius catfish. If all you’ve got is some 80cm/32in Clearseal tank from 1981, wobbling precariously on a bookcase, then how about you don’t?

Who is to blame for the big fish resurgence? Loads of people. There are cultural influences coming in from all around the world, fed to us via the likes of YouTube. Some countries don’t encourage or hold dear the same ethical standards as we tend to in the UK. Brits are a nation of animal lovers. From abroad, I can find endless videos of tanks crammed with more big fish than the cargo hold of a John West trawler.

People wanting to mimic things creates a buying audience. Let’s not pretend there’s nothing endearing about owning a big fish. My first tropical fish was a piranha. Because it was cool. Neons were not cool. Big, dangerous fish have wow factor.

A lot of retailers have spent the last decade or so trying to weedle out tankbusters. Big fish are like boomerangs. They go away, they make a big loop, they come back. I had a retailer slip up a while ago. He was trying to downplay the giants he had in his sumps as rescued fish, not his problem. I quickly asked if he’d originally sold them as young fish in the first place. He went pale and coughed an evasive answer.

With any purge comes a void. The more retailers avoid big fish, the likelier someone will see that void as a gap in the market, rather than a deliberate and manufactured attempt to get the things out of the industry once and for all.

To be clear, there are responsible — expensive — sellers out there. If I buy a £500 migratory pimelodid for a 60cm tank, completely off the cuff, something has gone very wrong. At five hundred smackers, you’d expect me to know what I was getting in to. You’d expect the seller to be pretty thorough with me about where it was going, too. 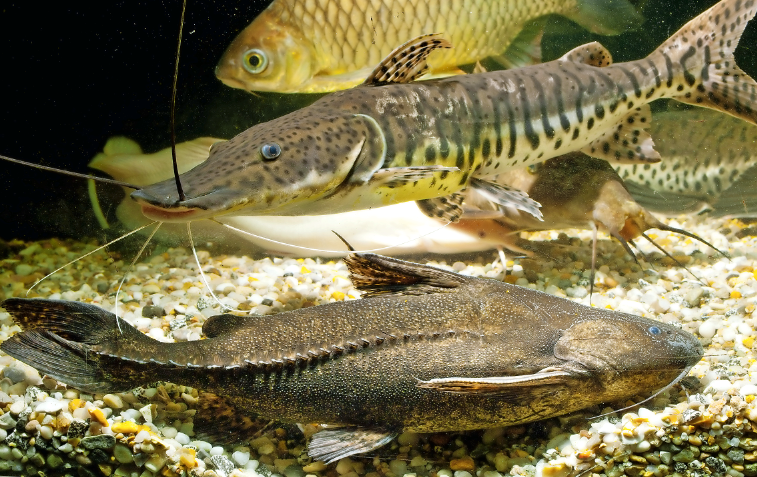 Perhaps the renaissance period of aquatics is over. Maybe the ethical revolution I thought was coming just went out the window. I even see people thinking it’s funny to live feed goldfish to piranhas and post videos of it. Sometimes I think that if what I see online is representative of the hobby as a whole, then we are racing to see who can hit rock bottom first.

I hope it’s not true. But to quote Dan Ashcroft from the 2005 series Nathan Barley, ‘the idiots are winning’. They’re going to make the rest of us look bad too. You and I (I hope) are not representative of this ‘dark’ side of fishkeeping. The problem is, folks who think there’s nothing wrong with cramming ten Red tail catfish into a 100cm tank and posting videos of it online are slowly normalising this behaviour.

How do we resolve it? We could argue that retailers need to vet keepers more. But as a person coming from a fish shop background, I know that some people will lie, in a calculated, comprehensive and manipulative way to get what they want. That’s nothing new, and it’s hard to stop.

Better, I think, that we just make our opinions loud and clear. Don’t be shy. Let people know if they’re doing something wrong. I know you’re capable, I’ve seen my inbox whenever I’ve touched on a subject that you guys don’t agree with.

If someone is buying up monster fish for an undersized tank, with no forethought of where it’s going to go once it outgrows its home that’s irresponsible. If they bought a cat to keep in a rabbit hutch, or a dog to keep in a crate, the law would have something to say about it.

If anyone thinks I’m wrong about that, I’d love to hear how. The postal service is alive and well, and my email is open for all.