An interesting new species of suckermouth catfish has been discovered in Ecuador.

Windsor Aguirre of the DePaul University found five specimens of the catfish in the Santa Rosa River and sent them to Auburn University in Alabama to be identified.

Milton Tan, a Ph.D. student in biology at Auburn University, along with colleagues, found the new catfish particularly interesting. This 7cm/2.8" catfish is distinguished by having armoured plates on its snout, but not on the sides of its head.

Tan said that this may mean the new fish is a "missing link" between other species in the Cordylancistrus genus, which have a fully plated snout, and those in the related genus Chaetostoma, which have an unplated snout.

He said that this makes the new species "a really unusual fish".

The fish has been named Cordylancistrus santarosensis after the river in which it was found. 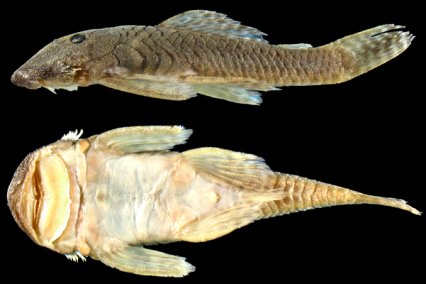