A recent competition organised by the British Society of Underwater Photographers (BSoUP) in association with Diver Magazine, illustrates just how fascinating some of our native fish can be.

The annual print competition was judged at the London International Dive Show on Sunday 28 March, with The Wildlife Trusts responsible for judging the Wildlife Trusts Selection (images taken in UK waters) category.

The picture was taken under Swanage Pier in Dorset.  Mr Kingdon says: "Although only about three inches long, he was quite easy to see, but it took me a while to spot the very-well-camouflaged female that he was trying to impress." 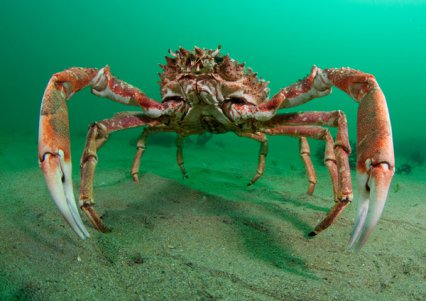 A Spider Crab shot by Trevor Rees at Stackpole quay in Pembrokeshire took the runner-up prize.

Trevor Rees comments "I took this shot at Stackpole quay in Pembrokeshire in May 2009. At the time there seemed to be a real congregation of spider crabs just off the shore, which is something I have seen there on a number of occasions. This one was just wandering about on the sand in about ten metres depth. The males are the ones to photograph as they are bigger and have larger, more impressive claws, although they can be quite aggressive at this time of year!"

Other categories judged by The Wildlife Trusts were the British and Irish categories; these winning images continue to highlight interesting natives. 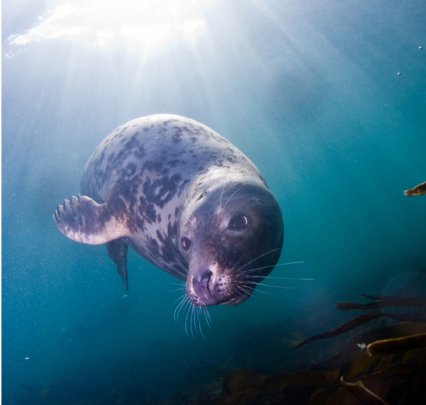 A winning image by Pete Bullen is of a Seal, shot in the Farne Islands, Northumberland. 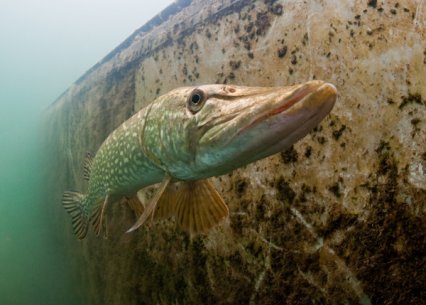 For the full results and images in other categories please visit the British Society of Underwater Photographers.

All images are copyright of the photographers.