Sri Lankan scientists have reviewed the Rasbora of Sri Lanka and conclude that there are five species on the island, including two species that they describe as new.

Anjana Silva, Kalana Maduwage and Rohan Pethiyagoda published the results of their study in a recent issue of the journal Ichthyological Exploration of Freshwaters, in which they name the two new rasbora species from the south of the island R. armitagei and R. naggsi.

Rasbora armitagei is named for prominent British aquarist David Armitage in recognition of his efforts to build awareness of and conserve freshwater fishes in tropical countries including Sri Lanka.

It is known from the Kalu River drainage of southern Sri Lanka, and is distinguished from all Indian and Sri Lankan Rasbora except R. wilpita in having a prominent symphysial knob on the lower jaw and a conspicuous premaxillary lateral process. It differs from R. wilpita in having a more slender head (depth 48–53% head length vs. 54–62) and body (depth 23.2–24.4% standard length vs. 24.7–29.3). 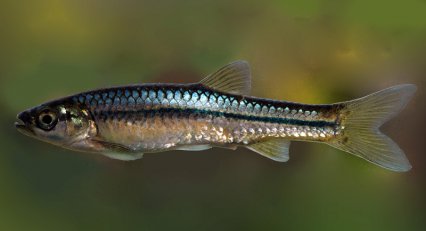 It is known from the walawe River drainage of south-central Sri Lanka, and the species name honours malacologist (mollusc expert) Fred Naggs of the Natural History Museum, London, for supporting biodiversity exploration and research in Sri Lanka.

In addition to the two new species, the other three species of Rasbora recognised as valid in the study are R. dandia, R. microcephalus and R. wilpita.  Rasbora dandia is previously considered a junior synonym of R. daniconius, and is recovered from this synonymy here.

For more information, see the paper: Silva, A, K Maduwage and R Pethiyagoda (2010) A review of the genus Rasbora in Sri Lanka, with description of two new species (Teleostei: Cyprinidae). Ichthyological Exploration of Freshwaters 21, pp. 27–50.