The world's most disgusting aquatic creatures 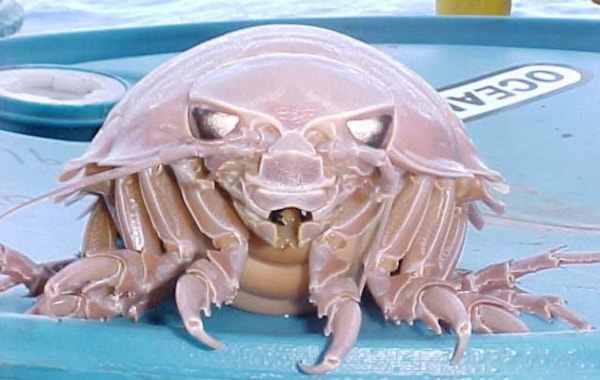 Some eat fish tongues, others castrate their hosts. Are parasitic isopods the world's most disgusting aquatic creatures, asks Matt Clarke.

The photograph above isn't a fake. This is a real creature known as Bathynomus giganteus, or the Giant isopod. Although it looks like a fantasy creature from a sci-fi film, this is actually a genuine organism that lives in the depths of the Atlantic and Pacific Oceans and was first discovered off the Gulf of Mexico in 1879. 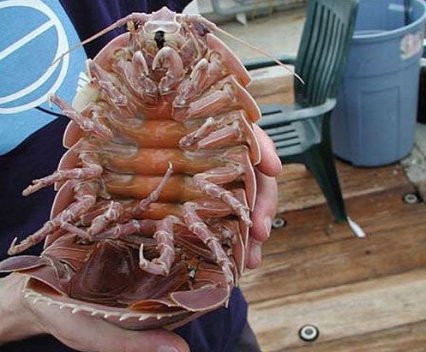 It's believed to be a scavenger that feeds upon dead whales and squid in the pitch black darkness of the bathypelagic zone, some 2140m/7020ft below the water surface.

If you fancy seeing them for real, some giant ispods went on display at the Sea Life Centre at Blackpool for the first time in Britain last year.

It's quite grotesque to look at, but it's not nearly as disgusting as some of its other cousins in the Order Isopoda. 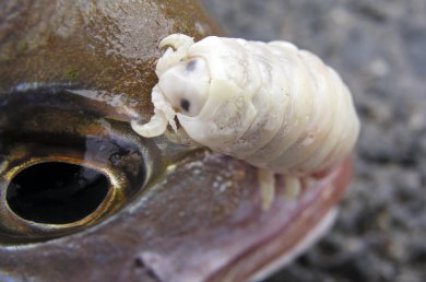 This member of the isopod family Cymothoidae (pictured above) is a parasite and attaches itself to the tongue of fishes, usually snappers, holds on with its claws and drinks blood from the artery that lies within the tongue.

Eventually, the tongue withers away due to the reduced blood supply, but the parasite remains, turning into a replacement tongue that the fish can use as normal (see picture below) – in return for a share of each meal consumed. 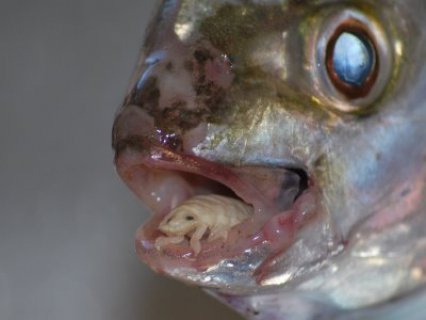 One of the parasites, Cymothoa exigua, was found in the mouth of a snapper purchased from a fishmonger in London a few years back. See Tongue-eating louse found on supermarket snapper.

Around the same time, scientists reported that a huge outbreak of Cymothoa indica parasites hit a catfish farm in India, where they attacked a cage full of Mystus gulio.

And more recently, they have been found off the Jersey coast, inside the mouth of a weever fish.

We've also noticed a number of images from our dive photography contributors which feature the parasites tucked away in the mouths of the fish. 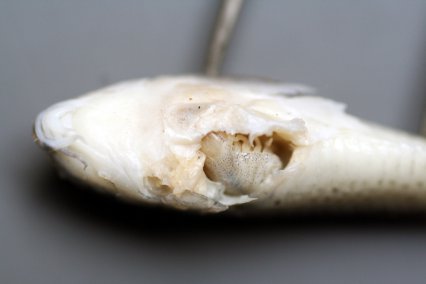 Catfish expert Ian Fuller found this similarly disgusting cymothoid parasite (pictured above and below) in the gut of a dead Corydoras. Probably a Riggia, reckons Pete Liptrot.

Ian tells us: "The parasite measured 7mm across by 8.5mm long and was tucked away inside a Corydoras gracilis, which was just 30 mm in length." Pictures courtesy Dr Peter Burgess. 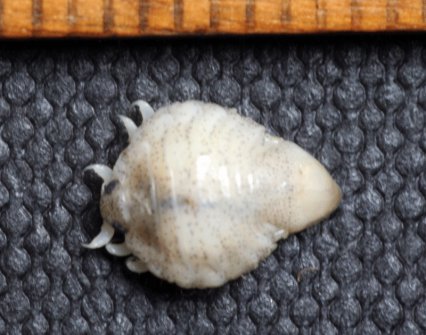 Now, it seems, they're going for the genitals. At least, sort of. In a round about kind of way. A team of scientists from Brazil has studied parasitism by another cymothoid parasite called Riggia paranensis, which apparently exhibits something known as "parasitic castration". See Fish parasite castrates its host.

This is an item from the Practical Fishkeeping archives and was first published in 2007.