A study on the evolution of the colourful hamlet fish has produced some interesting findings on the way in which marine species evolve.

The study was conducted by researchers from the University of East Anglia (UEA) and Simon Fraser University in Canada.

The hamlet fish (Hypoplectrus) are found throughout the Caribbean around coral reefs. Each species is recognised by their distinctive colouration.

Using an extensive database of underwater surveys taken by the volunteer REEF survey project, the researchers analysed distributions of the ten different hamlet species to see how the different species had evolved. 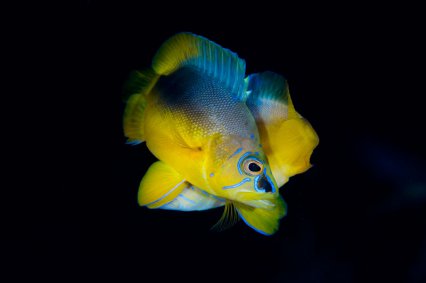 The hamlet group includes 10 described 'species', one undescribed species and many undescribed colour forms that are distinguished solely by their coloration and geographical distributions.

Most hamlet species are found only in certain areas, however in others there may be up to seven different types of hamlet can be found on a single reef.

Prior to this work most studies on speciation have been conducted in freshwater or even terrestrial habitats.

Here, evolution often arises through geographical isolation; where a species is separated from others of its kind, and evolves independently to such an extent that even if it is reintroduced to its original area/sister species, they can never interbreed.

This 'making' of new species is known as allopatric speciation and similar patterns are seen with cichlids in the great lakes of Africa.

However, in reality, there is not that much evidence for incidences of seas being divided or barriers forming to account for the degree of biodiversity that we see in today’s oceans. This study used the hamlet as a model to explain the process of marine speciation. 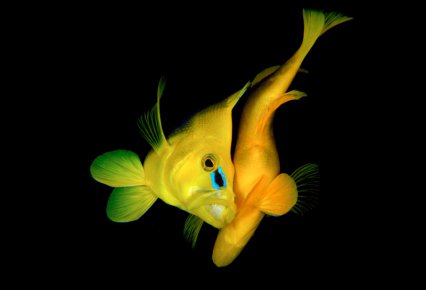 The new study in the journal 'Global Ecology and Biogeography' found that there was a real variation in distribution of the fish with nearly all species – including those that are widespread – being found in 'high density hotspots'.

A number of species were found in either overlapping distributions or a number of hotspots and only one species was found throughout the distribution as you would expect if geography was a driving force.

This suggests that it is most likely that hamlet colour varieties probably evolved due to ecological processes such as different habitats, food availability and competition.

"Many scientists believe hamlets are beginning to evolve into a new species and this latest discovery will shed light on this process."

Fore more information see: ‘Signatures of speciation? Distribution and diversity of Hypoplectrus (Teleostei: Serranidae) colour morphotypes’ by B Holt (UEA), I Cote (Simon Fraser University, Canada) and B Emerson (UEA) is published by Global Ecology and Biogeography on April 23.