Stars of the show at the Festival of Fishkeeping There was plenty to see at this year's event, which was held for the second year at Hounslow Urban Farm, with some of the best fish in the country on display over the weekend in four large marquees. 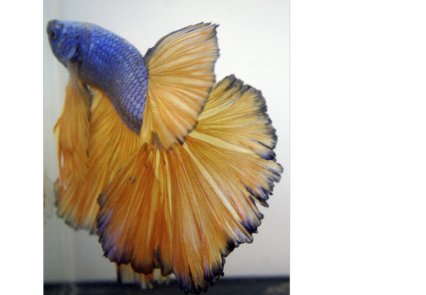 The event featured several shows including the Supreme Championship, British Open and Diamond Class, along with others for Koi, killies, livebearers and Betta — the latter featuring around 150 truly stunning fighters to drool over, the likes of which just aren't seen in many shops. 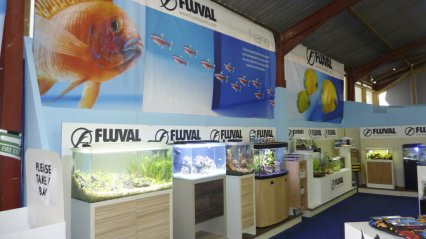 There were a number of trade stands including a large display of Fluval aquariums from Rolf C. Hagen (which also showed off its Exo-Terra reptile range on a separate stand). Picture above by Dr David Ford. 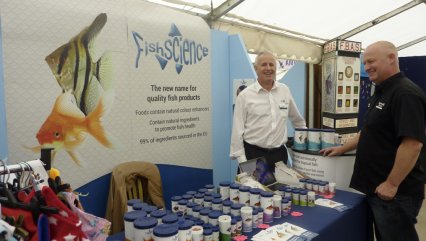 Dr David Poole was in attendance with his FishScience range of foods. David is pictured above left with Mark Evenden of Devotedly Discus, who had some gorgeous fish on sale on his stand, like the one below. 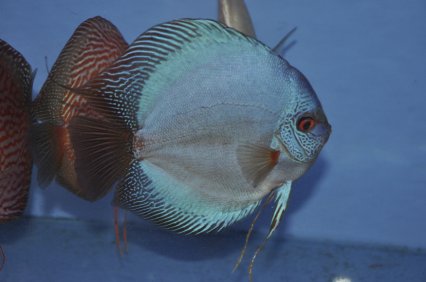 Amwell Aquatics had a stand selling gear at special show prices, while another stand was doing a good trade in books at very low proces. 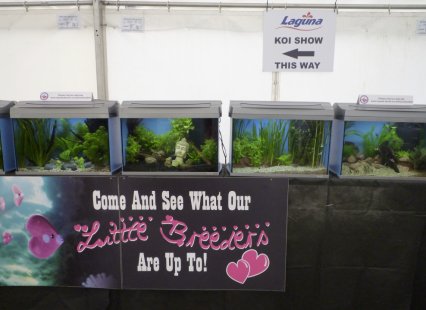 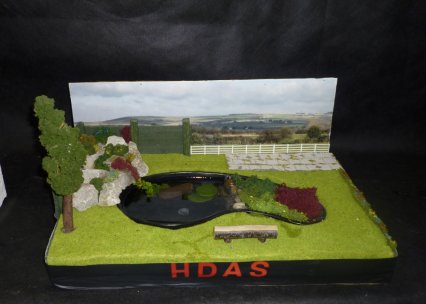 Members of Hounslow and District Aquarist Society had been hard at work creating a large number of inspirational live displays, which attracted plenty of attention.

There were some lovely fish — and even some snails — available to buy.

The 2014 FBAS Supreme Champion was a stunning Black belt cichlid, Vieja maculicauda, (pictured at the top of the page) by Steve and Debbie Edwards of Port Talbot A.S. 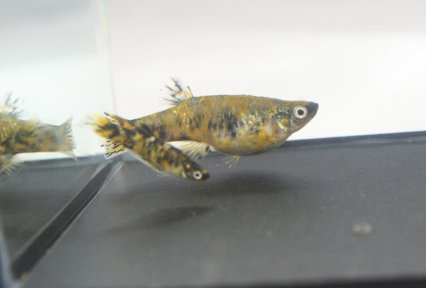 The winner of the Supreme pairs had a name that was bigger than the fish itself! These male and female Phalloceros caudimaculata reticulata auratus are owned by Tim Edwards, who collected them from a freshwater pond in Norway — and they are one of only two pairs in the country. Picture by Dick Mills.

The 2014 British Open Champion was a Fork-tailed loach, Vaillantella maassi (pictured by Dr David Ford), owned by Alan Finnegan of Leicester A.S., who also took the Diamond Class trophy for his Leporacanthicus galaxias (pictured below by Dick Mills).

Alan also won the Supreme Breeders trophy with his Pseudomugil paskae (pictured below by Dick Mills). 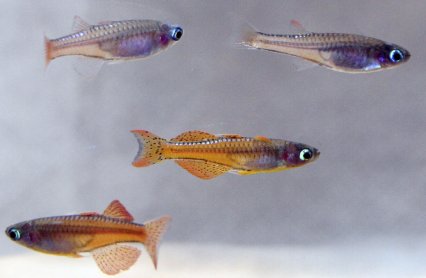 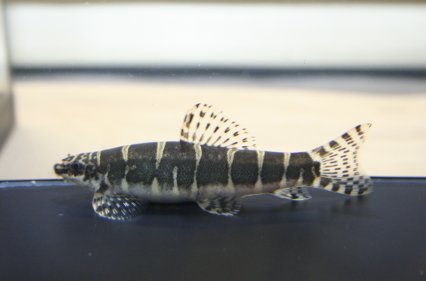 The Festival Open Show was won by a Serpent loach, Serpenticobitis octozona, by Stuart and Sarah Brown. Picture by Dick Mills. 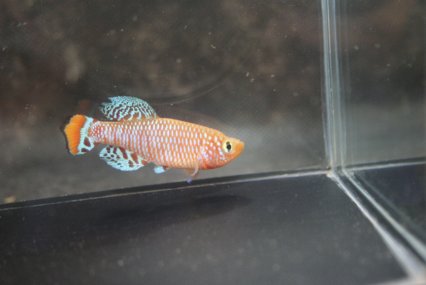 Best killifish was a Nothobranchius rachovi by Tim Edwards. 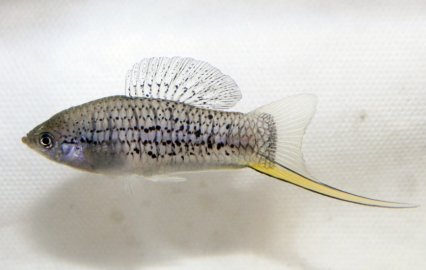 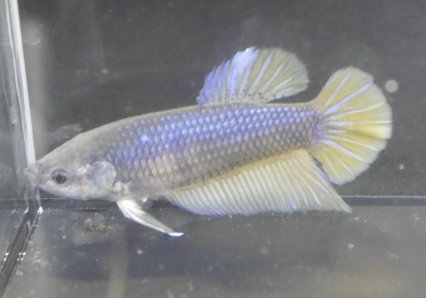 In the Festival Open Show, Alan Finnegan took the award with his Microdevario kubotai in Class K, while in Class Ha, Stuart and Sarah Brown's Aspidoras spilotus also got a First. 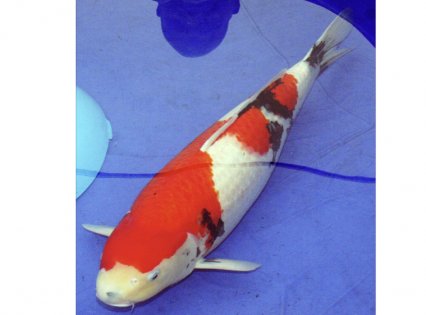 The Koi Show by the Middlesex and Surrey Borders Koi Section was won by Ken Taylor with a magnificent Go Sanke. Picture by Dick Mills.