This world is a hostile place. We're threatened not just by disease and war, which no doubt cause enough wholesale misery, but also from shameless corporations who have just one intention - getting hold of your loot. Know your enemy, because they know you very well indeed, warns Nathan Hill.

When it comes to aggressive marketing, there’s no such thing as a clean fight, and dirty tactics are employed to give some corpulent business owner access to your wallet, where he or she will swill their faces in your loot like pigs gorging in a trough. It is a repugnant state of affairs, and what’s worse is that some of us still get duped by these bounders.

Two things in particular have increasingly appeared in the aquatics trade, each with the potential to drive me into a slathering rage.

The first is the insistence by some companies of peddling what are clearly snake oil products, with plenty of snake tablet, snake powder, and snake voodoo juju in tow. The other is the Phoenix-like rise of the 'testimonial' for products, as if such testimonials weren’t worthless piles of blather.

Snapping at the ankles of both, there’s a surplus of redundant words, meaningless phrases, and superlative dirge.

There are now some products out there with the kind of sales pitch that, for me, reads like I’m performing self-flagellation. My morning emails, where I’m subject to some press releases that flow like near religious, simpering product worship, are the worst time in my day for harsh grinding of my teeth. Just opening some of these messages can be considered masochistic.

And nine times out of ten, these emails will be promoting something that will supposedly change my life… 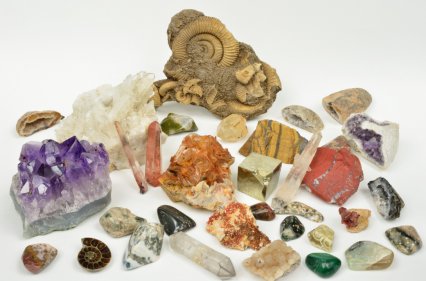 If anyone’s not familiar with this term, it basically describes products peddled by frauds, conmen and charlatans. The product in question will claim to do something it does not. Way back in the old days, dodgy merchants would sell ‘snake oil’ as a panacea, a cure all for anything. When their oils were tested, they were found to contain nothing but a small handful of everyday oils, turpentine, and other innocuous ingredients.

Sound familiar? It should, because our trade is sadly contaminated with this kind of garbage. We have ample ‘fish oils’ knocking around. Usually on the fringes, out there on the peripheries, are disreputable ‘companies’ (and I use the term in a vague sense) who would happily sell you a product that will do absolutely nothing. Kind of like crystal healing for horses, or homeopathic remedies for dogs.

For the best part, they take the form of hitherto unseen biological starters, instant tank maturation powders, 'miraculous' algae controls, pills, potions, trinkets and moonbeams that do… nothing. At least, nothing that appears to be testable for any extant scientific method. Or deliver a result.

I get offered a lot of these, and I mean a lot of these. Every other week I’ll have another absolute unknown company appear out of some wormhole and insist that they have the new product that will change the face of fishkeeping. They’ll want page space for it, to get this amazing new secret out into the world.

I’ll ask for a sample, and lo and behold I’ll have something appear. I’ll even get email contacts for the ‘doctors’ and other researchers involved in the development. So far so good.

Oh, it’s not 'that' kind of product, I’ll be told. Or I’ll be told that the research is being kept a secret, because they don’t want their formulae to be known by others. Then I’ll be redirected back towards the testimonials, as though this new, groundbreaking formulae is somehow immune to the scientific process.

So, next step I’ll pop along to the researchers. How’s about some credentials, I’ll ask. More testimonials will follow. How’s about telling me about yourself, I’ll ask. I don’t usually get much back apart from how they have spent so very long committed to this amazing project that is guaranteed to deliver and change the fishkeeping with its unique, revolutionary features.

The delights of being a journo mean that I can have a nice sniff around and research the person making the claims, all the way to the 'doctors' behind the products. I do so hate to be ad hominem sometimes, but unfortunately a mail order doctorate from the 'Holistic University for Amethyst Healing' or other such tripe does not bode well in their favour. Did nobody learn from the ‘Dr.’ Gillian Mckeith saga?

So, if I still decide to have a play with this new product, it invariably, and pretty much without any noted exception ever, does not work. I report back that it doesn’t work, and one of two things will be at fault.

Either I’ve done something wrong with my tests, or I was sent a sample from a ‘bad’ batch by mistake, a batch that I shouldn’t have been sent. That in turn makes me wonder why so many of these companies retain such a vast quantity of poor batches, because they all seem to be at it.

But it’s all good, because the company can soon redirect me to yet more testimonials saying how great the product really is. 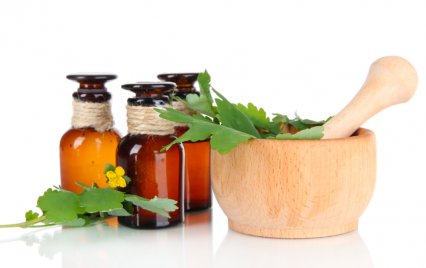 I’ve seen some other pearlers this last few years. I’ve had bioboosters, algae balancers, and even tubes that work on the power of 'natural energy'. I kid you not, there are people selling what are basically hollow tubes with a handful of grit inside, complete with the worst kind of pseudo-scientific sales pitch, as though harnessing 'the natural order and frequencies of energy' will somehow detoxify ammonia.

I couldn’t even keep a straight face when one company was trying to sell me the benefits of healing alpha ways to restore balance in my aquarium or pond.

The frequent indicator that this kind of product that doesn’t work is found in the wording, where superlatives are bandied like slugs from a machine pistol.

However, none of these words are ever of the protected or earned kind. It’s much like the words 'nutritionist’ or ‘consultant'. Neither of these terms have a requirement for any conditions to be met before you can use them. You want to be a nutritionist? You already are. So is your cat, your budgie, and anything else you fancy applying the word to.

Here’s a list of my favourite, useless, overused words on products.

Premium – technically means the best in a range, in reality meaningless.

Exclusive – can actually mean something in the right hands, typically meaningless.

Revolutionary – unless governments have been overthrown, or people have taken to the streets on the back of using your product, this word is meaningless.

I assure you that the list goes on, but my simple message is this: you shouldn’t let yourself be swayed by these phrases alone. When you see one on a product, replace it in your mind with the word meaningless, and then see what written content the packaging has left at the end.

If there isn’t much, then you might want to find something more straight talking, and less hidden behind vacuous claims. 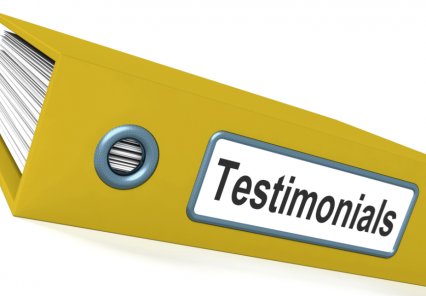 Words creep up elsewhere, namely in my second point of contention – the Testimonial. Frankly, if you’re suckered in to buying a product because of 'feedback' proudly touted by the manufacturers themselves, then you deserve everything you get.

The testimonial is, rather candidly, worth about as much as Monopoly money. How so? Well, for one, anyone can write a testimonial. There’s no call to account for a testimonial writer. Ergo, if I happened to have six or seven multiple personalities, I could quite happily take to the Internet and write a long stream of  testimonials about myself, and many do.

Just look at the furore in the online world where product makers and authors have been taking to creating numerous fake accounts in order to lavish huge praise on their own ranges. It’s even made headline news in some cases, it’s gotten that bad.

The classic comic Viz has long held the testimonial to be a thing of comedy, and rightly so. I’m reminded of one of the finest testimonials I’ve ever seen on their pages, in honour of Dr. O’Reilly’s Blitzkreig ME109 Harmfully Strong Traditional Ale, which simply read:

“I have appalling diarrhea and my bottom lip has turned green. I am in hospital being treated for serious head injuries. Is your magnificent ale available in cans?

Even the 'honest' testimonial is going to be shamelessly vetted. It’s not often you see testimonials along the lines of "Your staff were rude, and your product is a steaming pile of dung. I’ll see you all in court," is it?

Yes, the testimonial will only ever show you that rarer happy occasion where someone with a particularly full head of serotonin has woken up on a sunny day and received their package from a smiling postman first thing in the morning.

If you want the reality, you need to find yourself an impartial reviewer. Not to put myself on the spotlight, but with what we do at PFK, and with some of the legal threats I’ve had bandied around my name, I’d like to think that I’m occasionally getting people’s heckles up enough to be dangerously close to the truth in some reviews…

Critical purchasers should demand more chaff mixed in with their wheat. Show us the bad and the good. But please don’t show us only the good, because frankly that smacks of a horrendous dose of biased screening.

If somebody can’t raise an honest concern about a product, and the manufacturer doesn’t have a sound answer to hand, then somewhere along the line we’ve slipped out of reality and into some kind of alternate, consumerist heaven universe. For God’s sake, don’t send me a postcard, I don’t want to know how it is there.

And as a parting thought, I just want to send a feeler out to anyone else wanting to send me snake oil products. From this point on, I’m not going to do the polite thing and offer not to run your fraudulent products as a review. I’m going to slap them on the pages in what could rapidly become a 'column of shame' for all of the snake oils and conman companies that head my way.

Basically, from here on in, only send me stuff you’re confident about, because if it’s just another joke, I’ll put it up for everyone to laugh at. And laugh we shall at the power of your harnessed chi, and chakra infusions. I’ll even quote some of your most cringeworthy testimonials for added comedy value.