The Southern giant clams, which can reach a size of 60cm/24" in length, were part of a large consignment that was intercepted and confiscated after they were illegally imported into the country.

ZSL London Zoo has been looking after the clams since they were seized, but now Blue Planet has volunteered to take five of the fist-sized shellfish which will go on display in the aquarium’s tropical oceans area after a spell in quarantine. 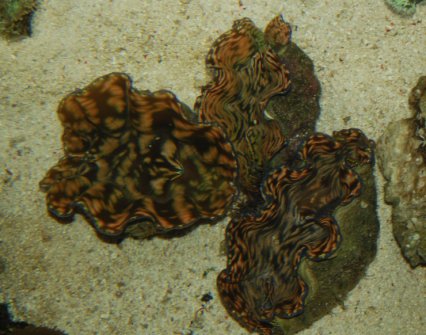 Blue Planet Aquarium’s Assistant Curator Andrea Swatman said: "“They are one of the largest types of giant clam in the world. They are also known as the Smooth giant clam as the shell is quite flat in appearance and it is only when they begin to open out that you get to see the beautiful colouration and markings of the mollusc inside.

"These five specimens range in size with some being about the size of a pair of clasped hands. However they all still have a lot of growing to do as adults can easily measure half-a-metre in length or more.

"Records show there are wild specimens which have been alive for more than 100 years so they are a very long-lived species," she added.

The clam has been designated as being 'Vulnerable' in the wild by the International Union for Conservation of Nature (IUCN).