Shubunkin is a winner at North East Goldfish Society show Shubunkin is a winner at North East Goldfish Society show

The North East Goldfish Society held its 15th Open Show on July 19, 2015 at Redby Community Centre, just half a mile from the Sunderland sea front and its seaside promenade.

Each variety has its own Nationwide Standard and the judges chose the First, Second and Third in all 25 Classes, but in addition NEGS presents a trophy for the 'Best in Show', 'Best Owner's Bred' and 'Best NEGS Member' and the 'Highest Pointed Competitor'.

The Best in Show was a London Shubunkin by Alan Ratcliffe of the NGPS (and NEGS), pictures at the top of the page. 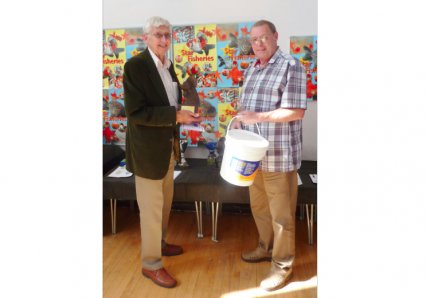 Alan (above left) receives his awards from Dennis Godfrey, Chairman of NEGS.

'Best Owner Bred' was won by Alan too. The 'Best Fish by NEGS member' was won by David Padfield and the 'Highest Pointed Competitor' was Sherridan Moores, Chairman of NGPS.

There was an auction of home-bred fancy goldfish with show quality fish going for only a pound or two.

Here are just a few of fancy goldfish that won firsts…. 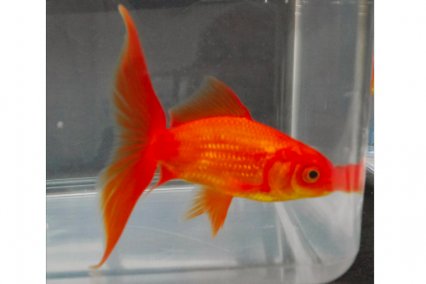 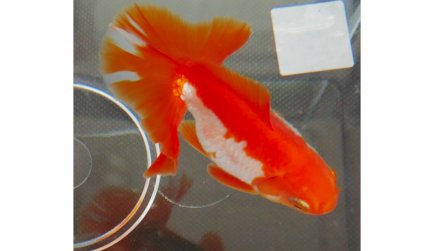 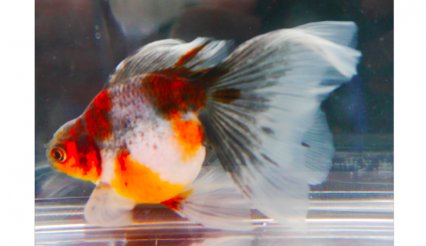 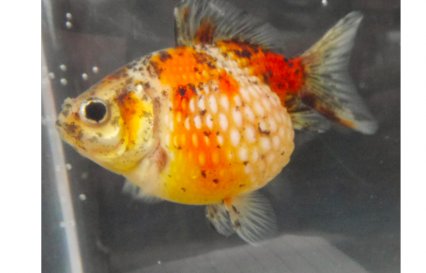 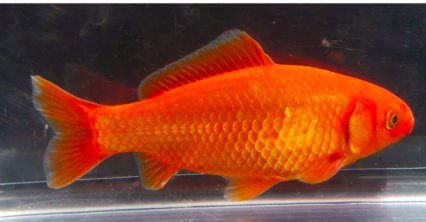 All four goldfish societies will meet at the 2nd National Goldfish Show on Saturday, September 26, 2015 at Weston Favell Parish Hall, Booth Lane South, Northampton NN3 3EP, with 63 classes! There will be auctions too.