It is a tradition with this busy society to make it a social occasion as well as a competition.

There were 40 classes with 177 entries from clubs such as Ryedale, Bradford, Castleford, Worthington, Otley, Sheaf Valley, as well as the Catfish and Anabantoid members. 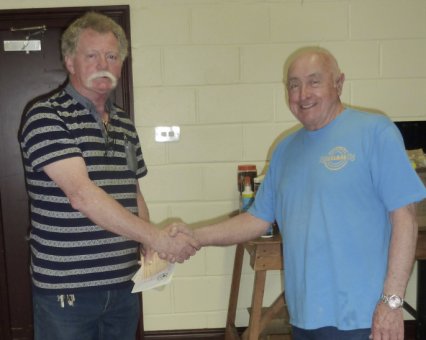 The Best in Show was a magnificent Aulonocara jacobfreibergi 'Eureka' by Bede Kerrigan (pictured above right, with Steve Jones) of STAMPS (South Tyneside Aquatic and Marine Aquarist Society). This was the fish which Bede had also won Best in Show at his own club's OS last year. 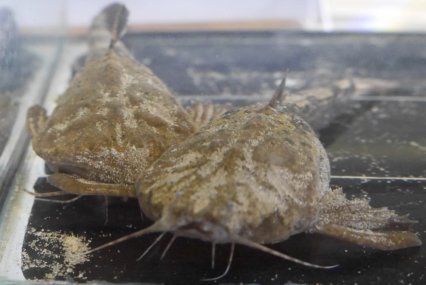 The other YAAS standard major prize is the Best Exhibit (from pairs), won by Steve Grant, Chairman of Castleford AS with a pair of Bunocephalus ladai. Funnily enough, the same fish won the same award at the Rydale OS last year! Steve is pictured below right, receiving his award from Steve Jones. 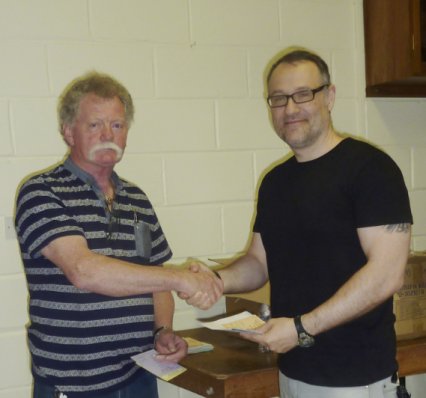 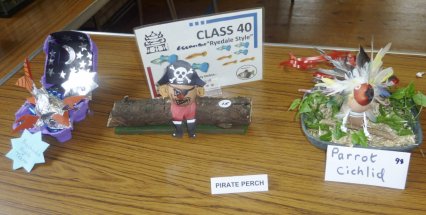 The winning 'fun fish' was a Parrot cichlid. This is a competition called 'Eggshibit' where members design a model fish using a boiled egg. It was won by Trish Jones — who was one of the YAAS judges, alongside Kevin Webb and Trevor Douglas.

Over 60 people were in the audience for the aquatic auction with many bargains by auctioneer Steve Jones (YAAS), who also presented the prizes.