We have a strangely fickle hobby. We keep fish, and we love fish, and we hate the idea of cruelty to fish, and then we go and have fish and chips on a Friday night.

As much as we do all that we can for the fish in our care, we turn an oblivious eye to the fishmeal in our dried foods. We go out of our way to ensure that fish cannot bully other fish, and then think nothing of when a catfish sneaks into an unguarded cichlid nest and gobbles each and every fry.

It is definitely the case that different fishkeepers have very different opinions of how things should be done. Some would advocate a purist method of keeping, ensuring that their fish live in a glass utopia, cotton wrapped and free from any possible harm.

Then there are those who feel more practically about the way of the world, allowing the very laws of nature that exist in the wilderness to apply in their aquaria. It is, after all, a fish eat fish world. But the thing here is that there isn’t really such a thing as a perfectly happy medium. Just what the hell is right and wrong when it comes to hobby fish?

And this brings me to a point that I’ve heard arisen a few times now, and one which I, rather shamefully and at the lowest point in my retail career, even entertained myself – should some people be omitted from the hobby?

To be more accurate, the case I’ve heard made over and over, is that there should be a system of competence and licensing in place for the keeping of fish. People should be vetted, over and above the level ensured in an aquatic retailers – although I wonder if it is frustration with this ‘vetting’ procedure that leads so many retailers to make claims about prior competency. 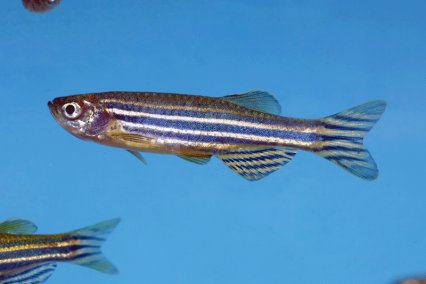 As a former retailer myself, I’m sure that other traders might be able to consider the scenarios. We’ve had the clueless customer who is interested in their first tank, literally frothing at the mouth with enthusiasm, bounding from tank to tank with a wonder and fascination that makes you think they’ve been locked in a sensory deprivation chamber for the last eight years.

Such a customer means oh so well, and wants to do the right thing, but it all comes crashing down the moment discourse begins. "What, I need to heat the water?" they’ll say. "Do I turn the lights off at night? Do I have to give them food?"

Eventually, the retailer, so exasperated and aware of the hours of ad-hoc, on the spot educating required to bring the customer to the level of ability to keep a danio alive gives in, and heads over to the book shelves to try to find the fishkeeping equivalent of ‘Roger Red Hat.’ Meanwhile, the customer has already penned up a list of all £5000 worth of coral they want to buy…

Even worse, you may had the customer who comes in appearing to be clued up. They know what they want, the tank has been running exactly two months, completely cycled in absence of fish, ammonia and nitrite are zero, nitrates are negligible, there’s a hint of algae on the glass, and they’re all ready to get their first fish. 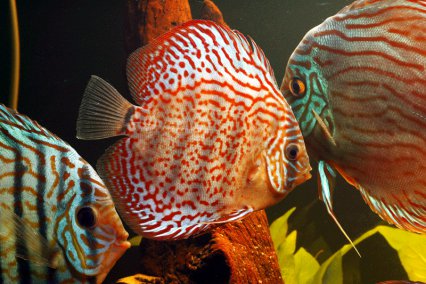 Their heart is set on a Discus, they’ve read up on Discus, they can name all of the different varieties you stock from memory. They buy the Discus. Two hours later the Discus is dead. Frantic phone calls ensue, the fish is brought back that evening. Every test reveals nothing until you get to the pH. At 8.5 you get worried and ask what décor they have in the tank. Live rock, of course, just like they’d read online to keep water quality spot on. Taking a tentative taste of the water it all becomes clear. A few drops on the refractometer reveals a salinity of 1.022. You roll your eyes and slam your face into the till.

Retailers do have a hard time of screening everything. There’s no exhaustive list of questions in the trade that could possibly hope to cover each and every potential scenario. Those that have been there will know just how intrusive it can feel even asking a few questions about the nature of their tank. Ultimately, people don’t like being grilled about their capabilities, and take it as a personal attack when in reality the retailer is just trying to do the best thing for everyone involved.

It does fly in the face of our retail experience. If I’m buying a DVD, I don’t expect to be grilled on how often I clean my player, whether I have space on the shelf for it, or whether I really have the stomach to watch naked ladies chasing zombies with chainsaws. We’re just not used to it.

People do vary in their competencies. Some are naturally good fishkeepers with the touch. They’ll be breeding seahorses inside of weeks of starting the hobby. Others are crap. They wash filters in Fairy liquid, and flush fish down the toilet at the first hint of a problem. There are even those that will punish their fish for misdemeanors.

Certainly there are some good reasons for wanting to screen people wishing to enter the hobby. After all, it is a pretty undeniable point that if we are taking an animal from the wild, where it was happily minding its own business, and stick this animal into an environment entirely outside of its control, then we have some duty of responsibility to ensure that at the least we are replicating conditions no worse than they were in the wild, up until we caught it for use in our own leisure activities. We do have an unarguable duty of care towards our fish, and I’d happily contend this with anyone that feels that we don’t.

But isn’t the idea of omitting people from the hobby entirely a tad severe?

We need to be realistic about things. The idea that fishkeeping ever becomes licensed, or that people require some sort of competency test prior to being sold livestock is very, very far fetched. I’d be keen to see who the arbiter of any said licensing procedure would be. Would it be the RSPCA? Or retailers? Retailers are as diverse as fishkeepers themselves, having a wide-ranging array of ideas about what should and shouldn’t be done. Just look at the tankbuster issue to see what I mean. 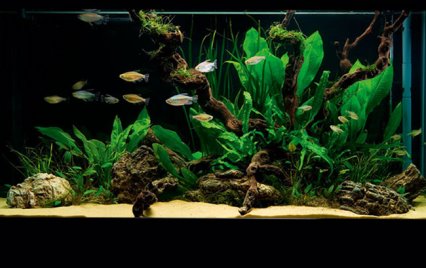 In the event, if the act of buying a fish had to be licensed – hypothetically speaking – then it would be the darkest day for the trade, and the beginning of the end for the hobby. It would likely be the case that many stores would have to make changes in order to agree with the conditions, changes that they may or may not agree with. New fishkeepers would be near non-existent, and even current, perfectly competent fishkeepers may fail the license application on a technicality. It would, I think, be the most damning thing that could possibly befall us.

So just as a thought, the next occasion anyone entertains the idea of a fish license, as much as it might make sense at the time I’d invite you to think hard about the longer-term ramifications.

With hindsight, I can safely say that if in that situation again, I’d be more careful about what I wish for. Mistakes are an inevitable part of fishkeeping, and will always be prevalent with those folks entering the hobby for the first time. The trick is just for retailers to be as comprehensive as possible when it comes to a newbie.

And the trick for the buyer is not to take offence if asked a lot of questions. Hell, if you haven’t been asked at least four by the time the net goes into the tank to catch it, then you’re probably shopping at the wrong place.