'Shining prince' is a winner at Yorkshire show This year's 'Friends of Yorkshire' show was held at Stockton on the Forest on Sunday, August 16, 2015.

The YAAS (Yorkshire Association of Aquarist Societies) holds its annual open show in July — but that is for the members of their association. Therefore in August they follow this with the 'Friends of Yorkshire', open to all clubs and associations.

This year's 'FOY' was held, as usual, at the village hall at Stockton on the Forest.

The event also included the seventh leg of The British Livebearer Association Fancy Guppy League championship at the OS.

Clubs such as Castleford, Bradford, Ashby, Otley, Ferrybridge, Tyneside and more won Firsts in the 166 entries, but the aquarist who came all the way from Southend-on-Sea with many prize quality fish, was Roy Chapman of SLDAS (Southend, Leigh and District Aquarist Society). With six firsts and 11 seconds, he collected points for the FBAS Anniversary Awards in London on October 3–4. But he also won the Best in Show, with his (home-bred) Burmese Rummy nose, Sawbwa respledens — which translates at 'Shining prince' — and which is on the Red List of the IUCN (International Union for the Conservation of Nature). Roy's winning fish is pictured at the top of the page. 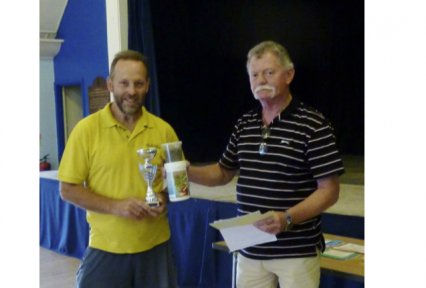 The Best Exhibit (highest pointed pairs) was won by Steve Grant of Castleford AS with his pair of Bunocephalus larai…which has won in every Open Show over the last two years.

In a separate hall, the British Livebearers Association Fancy Guppy League judged 20 entries in this leg of their National Championship. The judges were Dawn Pamplin, Carl Stewart and Stan Colling of FGA. It was a low entry because the FOY show clashed with a Betta Symposium (in Holland) — many members also keep Bettas and chose to visit Holland.

The highest pointed (82) guppy was an albino Red Delta by Henry Smith of FGL. 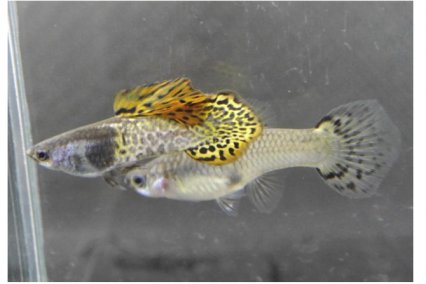 These Moscow lace snakeskin roundtail guppies won a first in the pairs class.

More guppies...
Don't forget you can see all these magnificent guppies at the final Championship at Naseby Hotel, Sheet Street, Kettering NN16 0AN on Saturday and Sunday October 9–10, 2015.