Henrique Anatole of IBAMA explains how the Brazilian authorities came to identify those freshwater ornamental fish whose commercial trade can be sanctioned.

Much has been said about Brazil’s new export ban on some species of ornamental fish, including some of the most popular L-numbers.

However most people don’t realise that the country hasn’t forbidden the export of those species — their trade was never officially approved.

For many years, lack of inspection enabled exporters to feel comfortable trading, until control began to tighten and they had to stop selling some species.

As some purchasers wouldn’t like to be told they had been buying illegal fish, it was easier for sellers to say those species had been suddenly prohibited.

Why control?
Brazil has the world’s biggest diversity of freshwater fish. According to the last checklist, at the end of 2006 there were 2,587 valid species. That same document affirms that researchers have found new specie every six days and the last estimate says there must be more than 5,000 species of freshwater fish just exclusive to Brazil.

The Brazilian Institute of the Environment and Renewable Natural Resources (IBAMA) promotes sustainable use and conservation of natural resources. One of their tasks is to control the exploitation of ornamental fish which is growing worldwide and represents a significant social and economic resource.

Despite this growth, there’s still a huge need for information and relevant discussion. Some publications profess that "the ornamental fish are, potentially, one of the few resources really sustainable in Amazon basin".

According to these, some biological traits — such as short life cycle and high production of eggs — added to low impact collection methods and extreme environmental standards of rainy seasons limit exploitation.

This claim of sustainability is not, however, supported by standardised field studies. Informal research made using Brazilian and Peruvian’s fishermen indicate that numbers of species collected are decreasing and the fishermen have to travel and fish longer to capture the same amount of fish.

Since the 1990s we’ve examined scientific notes which state that the trade in ornamental fish has already contributed to the extinction of local populations in South-East Asia.

It’s also said that some of the most valued Discus populations apparently collapsed due to over-exploitation in Brazil. There’s still very little data published about ‘abundance and distribution of species of ornamental fish’, so the ecological impacts that fishing causes remain largely unknown.

Even without the support of standardised ecological sampling, ornamental fishing does seem to be less impacting when compared to other activities such as mining and timbering. This is the main reason we try to stimulate these people to keep fishing — to discourage them to move to other activities. 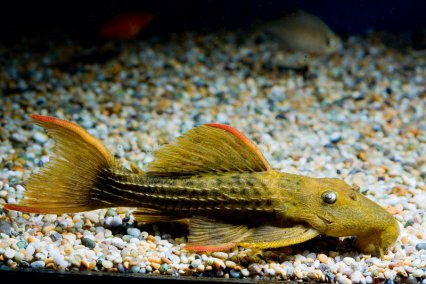 Positive list
To manage that activity, IBAMA have published a ‘positive list’ of which species can be fished. Yet why didn’t they also draw up one of those which cannot be fished at the same time?

It’s because a negative list would allow fishing of all other species not on it — even those still unknown to both science and trade. Many unknown species remain unknown because they are rare or have a peculiar biology. Even among known species, there are so few studies to support that type of fishing.

Although negative lists could ease control and supervision activities, they are not consistent with the aim of protecting the biodiversity.

The 2008 list of freshwater fish permitted to be exploited for ornamental purposes has its foundation in an older list based on a few companies’ demands. It is without any biological criteria that could lead to a probable sustainable exploitation of the species.

That list embraces 171 species, and eight complete genera, which represent more than 350 described and undescribed species. However, only just over 80 seem to have commercial relevance. Yet, even before the publication of the previous list in 2005, there was already formal solicitation from Brazilian companies to include another 438 species.

The release of the collection of requested species would not add any environmental security to sustainability. However, continuing to prohibit some species does not technically justify this situation.

Analysis of sustainability was a major problem. Consultations on some species were made with many researchers, but a lack of standardisation on responses and poor availability of information led to some inconclusive results.

Because of these difficulties, the co-ordination of fisheries from IBAMA, in partnership with the Brazilian Society of Ichthyology (SBI), defined a matrix of criteria to determine which species of freshwater fish can be captured for ornamental purposes. This was the first attempt to carry through a review based on standardised biological information and social and economic demands at the same time.

IBAMA and SBI worked to a criteria that included maximum length, parental care, distribution, human occupation around the distribution area and market demand and social importance —and arrived at this list:

This item was first published in the July 2009 issue of Practical Fishkeeping magazine. It may not be reproduced without written permission.