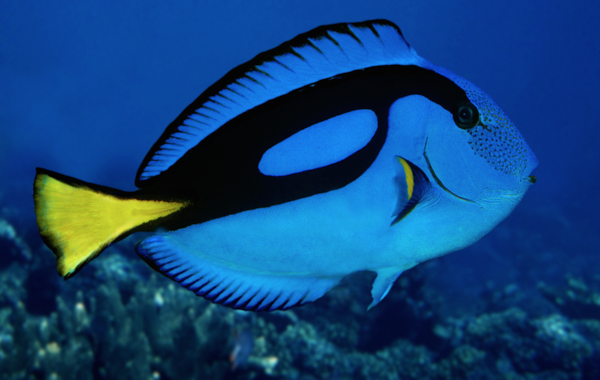 Just a few days before the film Finding Dory is released in the UK, researchers working with the University of Florida Tropical Aquaculture Laboratory have announced that they have finally succeeded in raising the Regal tang in captivity.

The breakthrough is the result of a six-year project between the UF Tropical Aquaculture Laboratory, Rising Tide Conservation, and the SeaWorld-Busch Gardens Conservation Fund.

Regal tang (Paracanthurus hepatus) broodstock have been maintained at the UF's lab for around four years, but despite their best efforts the team were unable to get the larvae past the 21-day point, with just four days post hatch being the norm before they died off.

However, following the success of Dr. Chad Callan and his team at the Oceanic Institute at Hawaii Pacific University with the first captive-bred Yellow tangs in October last year, Kevin Barden, a researcher with the UF Tropical Aquaculture Laboratory, travelled to Hawaii to gain first-hand knowledge of the procedures they had used with a view to replicating them with the Regal tangs.

And it seems to have paid off. Photos have been released of a group of 27 Regal tangs still growing and thriving at Day 52 — and finally beginning to show their trademark blue and black colouration.

"This is a new chapter in ornamental fish aquaculture," commented Dr. Judy St. Leger, President of Rising Tide Conservation. "Without the support of the SeaWorld-Busch Gardens Conservation Fund and the overall pet industry, the advances of Rising Tide would not be possible. We chose these program researchers because they showed commitment to advancing culture of the most difficult fish."

Research facilities include the University of Florida and the Oceanic Institute of Hawaiian Pacific University. Major funding stakeholders include the international retailer Petco and SeaWorld-Busch Gardens Conservation Fund.