Reef One gets bailiffs to destroy fake biOrb Life tanks UK aquarium designer Reef One fired a dramatic shot across the bows of counterfeiters when Bavarian bailiffs seized then destroyed fake stock at a trade show in Germany.

German lawyers were called in by the Norfolk-based company to guard against the infringement of its intellectual property rights.

Reef One has active patents for the design in the UK, Europe and USA, but a patent pending in China currently allows Himat to manufacture and sell the copies in their own country.

However, it is illegal to import or try to sell the copies in Europe. 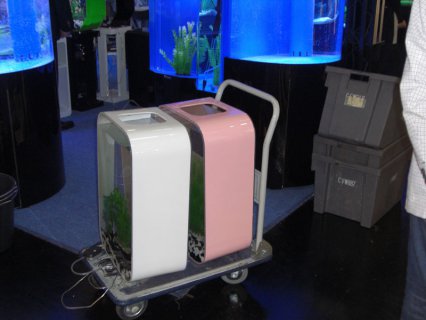 Paul Stevenson, owner and managing director of Reef One, said he had visited Himat three times since mid-December to try to build a joint working relationship.

"We were prepared to work with them whereby they manufacture the aquariums in China to our specifications and quality while we have worldwide marketing and sales responsibility," he added.

But talks broke down two weeks ago, and Stevenson warned Himat not to try to exhibit at the Interzoo show.

"We thought they would attend so I started the process of gaining an injunction. We had to wait until the counterfeit products were on display, and then our lawyers and bailiffs moved in to remove the aquariums," he said.

"They were taken away for storage and destruction, and there were many loud cheers from other exhibitors that we had done this, because they recognise the importance of protecting intellectual property." 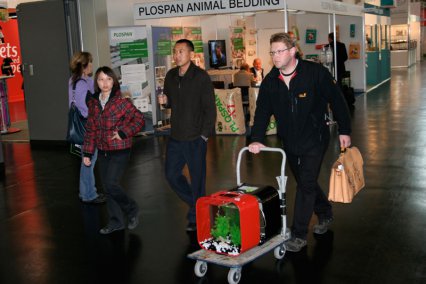 Stevenson said the company has been advised that counterfeit products could be seized by Customs on entering the continent. "Reef One will use the full extent of this Counterfeit and Piracy legislation to make sure fake products are seized and destroyed at the port of entry," he added.

"It's important for manufacturers and designers to defend the products they’ve spent so long developing and refining.

"A great product will always inspire inferior copies and the lower cost can tempt suppliers to stock them. Have no doubt, where we find an infringement of our copyright, we will enforce it vigorously."

Reef One has previously reached agreements with other companies which have infringed its trademarks. In April 2006 it forced a manufacturer to rebrand its H2Orb product after Reef One claimed it infringed trademarks.